On Thursday, President Trump officially accepts the Republican presidential nomination on the final night of the Republican National Convention from the White House lawn. The venue for his speech has been a source of controversy and was changed several times, and the use of the White House for a partisan political event has few, if any, precedents. But the previously announced choice, Jacksonville, Fla., was problematic for other reasons, particularly among Black Americans. Aug. 27 is the 60th anniversary of a notorious episode in the city that had been known as the “Harlem of the South” for its rich African-American cultural history: the bloody race riot known as “Ax Handle Saturday.”

Instead of hosting thousands of delegates and journalists for the renomination of a president whose relationship to the Black community has been fraught for most of his first term, Jacksonville will be the site of a huge rally to commemorate the day when a mob of two hundred Klan members and white vigilantes armed with ax handles clubbed and beat dozens of young Black men and women after a peaceful sit-in at a whites-only lunch counter.

Sixty years later, two leaders of the sit-ins reflect on the progress and setbacks, in Jacksonville and in the U.S. as a whole, in the decades since that awful day.

Longtime Jacksonville native and local civil rights leader Rodney Hurst, who was among those attacked that day, said the prospect of Trump coming to town “didn’t make me any difference.”

“The fact that Donald Trump was scheduled to make his acceptance speech on August 27th, which is the 60th anniversary of ‘Ax Handle Saturday,’ just focuses more attention on this infamous, violent day in the history of Jacksonville,” Hurst said in an interview with Yahoo News. “But it also focused attention on how whites in the South responded to Blacks demonstrating for their rights and human dignity and respect. … It remains to be seen if the conscience of white America has really been pricked by what they saw and whether or not they really want to do something about racism in this country.”

Hurst was 16 years old on “Ax Handle Saturday” and the head of the youth council of the NAACP. He recalls leading sit-ins to integrate the lunch counters in downtown Jacksonville for about two weeks before that day. 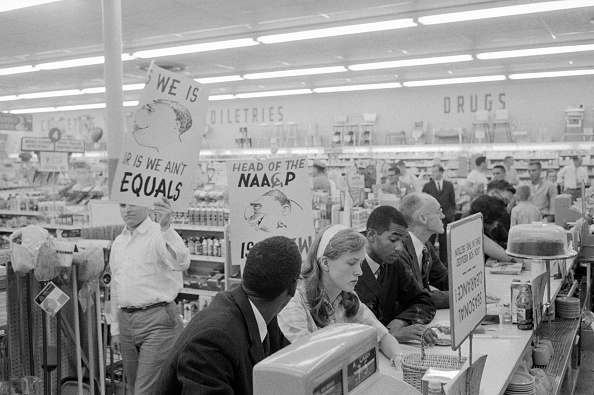 Hurst recalled how white customers were angered by the protests, which interfered with their lunch. Hurst remembers that when the protesters left their seats after two hours, white people pushed and shoved them, and stepped on their shoes and squirted ketchup and mustard on them.

“[Black youth] were trying to integrate the lunch counters in the downtown stores of Jacksonville, particularly Woolworth’s and Grant,” said Abel Bartlett, a professor of history at Clemson University and a Jacksonville native. “African-Americans had put together a number of protests to show how silly the segregations were, where African-Americans could buy from every counter at the store except the lunch counter.”

At the time of Ax Handle Saturday, Alton Yates was 24 and the vice president of the NAACP youth council. He had just left the Air Force when he chose to join the sit-ins with Hurst and others in 1960.

“In Jacksonville, the tensions were fairly high at the time,” Yates recalls. “[The city was] about as segregated as a city could be. If you were Black and stayed in your place, you wouldn’t have any problems at all. But if you once got out of place, then you could get into trouble.”

On the morning of Aug. 27, Hurst says he met with his youth council at Laura Street Presbyterian Church as they normally did and they sang freedom songs and prayed. The group had received word from the council’s adviser, Rutledge Pearson, that white mobs were assembling and passing out ax handles in nearby Hemming Park. But Yates, Hurst and the others decided to proceed with their scheduled sit-ins regardless.

As the protestors exited the store following their sit-in, the mob attacked them.

“They had intended on creating a race war in downtown Jacksonville,” Hurst said. “As we came out of the store, after sitting in and they closed the lunch counters, we were met by about 200 whites with ax handles and baseball bats.”

Though the attack was initially directed at the protestors, it was soon turned to any Black person in sight, according to the Florida Historical Society. Police stood idly by until members of a Black street gang called the Boomerangs tried to help those being attacked. Then, police joined in on the beatings.

“Downtown was just a riot,” Yates said. There was no control.” 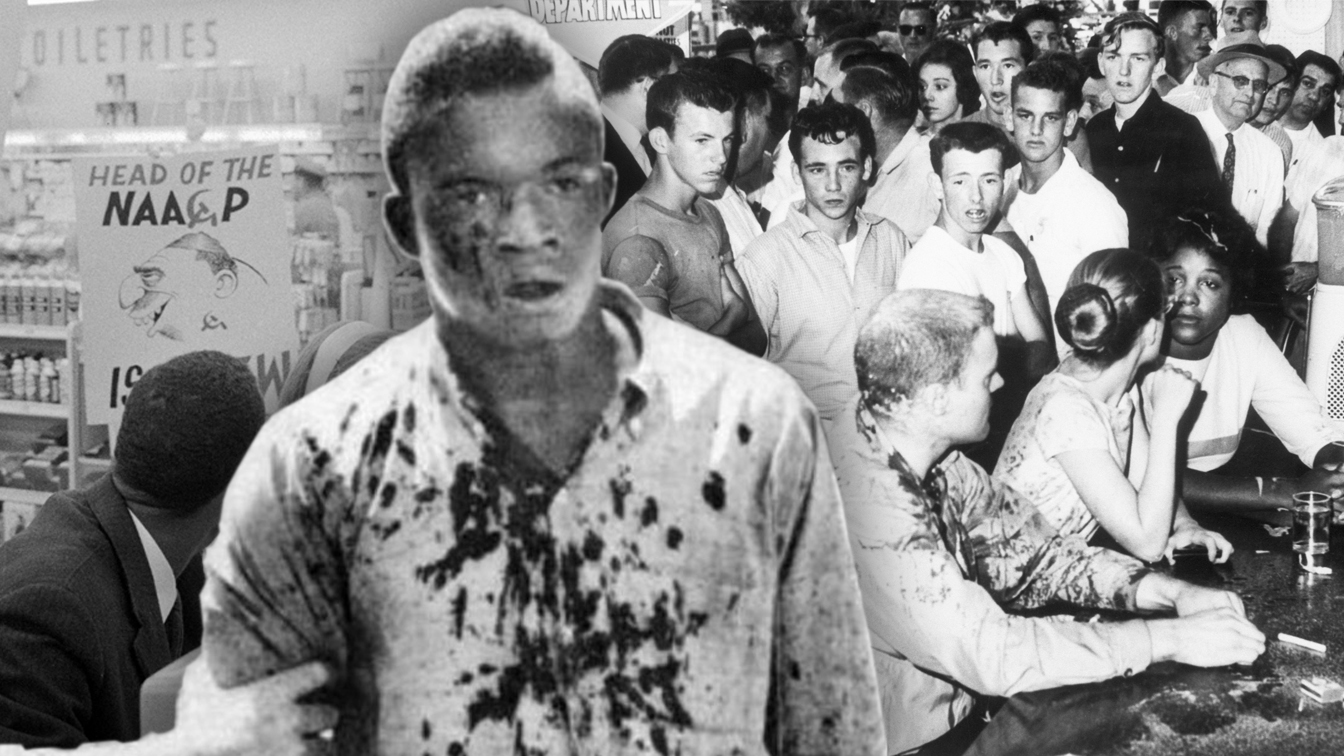 More than an hour after the riots broke out, beaten and bloody protesters were able to retreat to the church. Sixty years removed from this harrowing day, Hurst says not much has changed.

“Even though there have been some strides, I don’t call it progress,” Hurst said. “I call it a heightened level of toleration about white folk and Black folk. But Jacksonville, just like the rest of the country, has a very long way to go.”

Hurst added that many times where there appears to be progress, there is a concerted effort years later to roll things back. “A number of my friends in the movement who are still with us talk from time to time about when the civil rights bill was passed in ’64, and the Voting Rights Act passed in ’65 and ’68,” he said. “Some of us kind of took our foot off the gas, figuring that now things were beginning to come into an order. And we have seen with the United States Supreme Court, which used to be a bastion of segregation, change to a bastion of fairness and equality. Now it’s back to a bastion of segregation. They’ve made decisions that have both crippled the Voting Rights Act, both of them, and have crippled the intent of the civil rights bill of 1964.”

Yates is more optimistic about the future. While the events of Ax Handle Saturday were horrific, Yates believes it was the catalyst for the lowering of many barriers in Jacksonville. Before that day, there had been no interracial meetings regarding race relations in the city, but soon after, meetings were open to all, regardless of color.

“After Ax Handle Saturday, things started to change for us,” Yates said. “I can tell you without any hesitation, when I look out at the demonstrations that are taking place today, what I see is what I feel America looks like. I see men, women, from all walks of life, white, Black, young, old, male, female. They are all out there demonstrating against the kinds of conditions that caused people like me to live under oppression for so long. And that’s America, that’s this melting pot that I consider to be the greatest country on the face of the Earth, in spite of myriad problems we’ve experienced.”

While it’s unclear whether RNC officials knew the significance of Aug. 27 in Jacksonville’s history, many critics believe the decision was purposeful, especially given recent precedent. Trump was set to have his first campaign rally since the coronavirus pandemic shut down much of the country on June 19 this year, or Juneteenth, the anniversary of the day in 1865 in which the last Black slaves in the U.S. were finally freed, two years after President Abraham Lincoln signed the Emancipation Proclamation. And the rally was scheduled for Tulsa, Okla., site of the 1921 Tulsa race massacre, where white mobs descended on a thriving Black neighborhood, setting fire to some 30 blocks and killing as many as 300 Black people, one of the most notorious episodes of race violence in U.S. history. The Trump campaign, under pressure, moved the rally to June 20, but the turnout was less than stellar and “disappointed his campaign,” according to the New York Times. 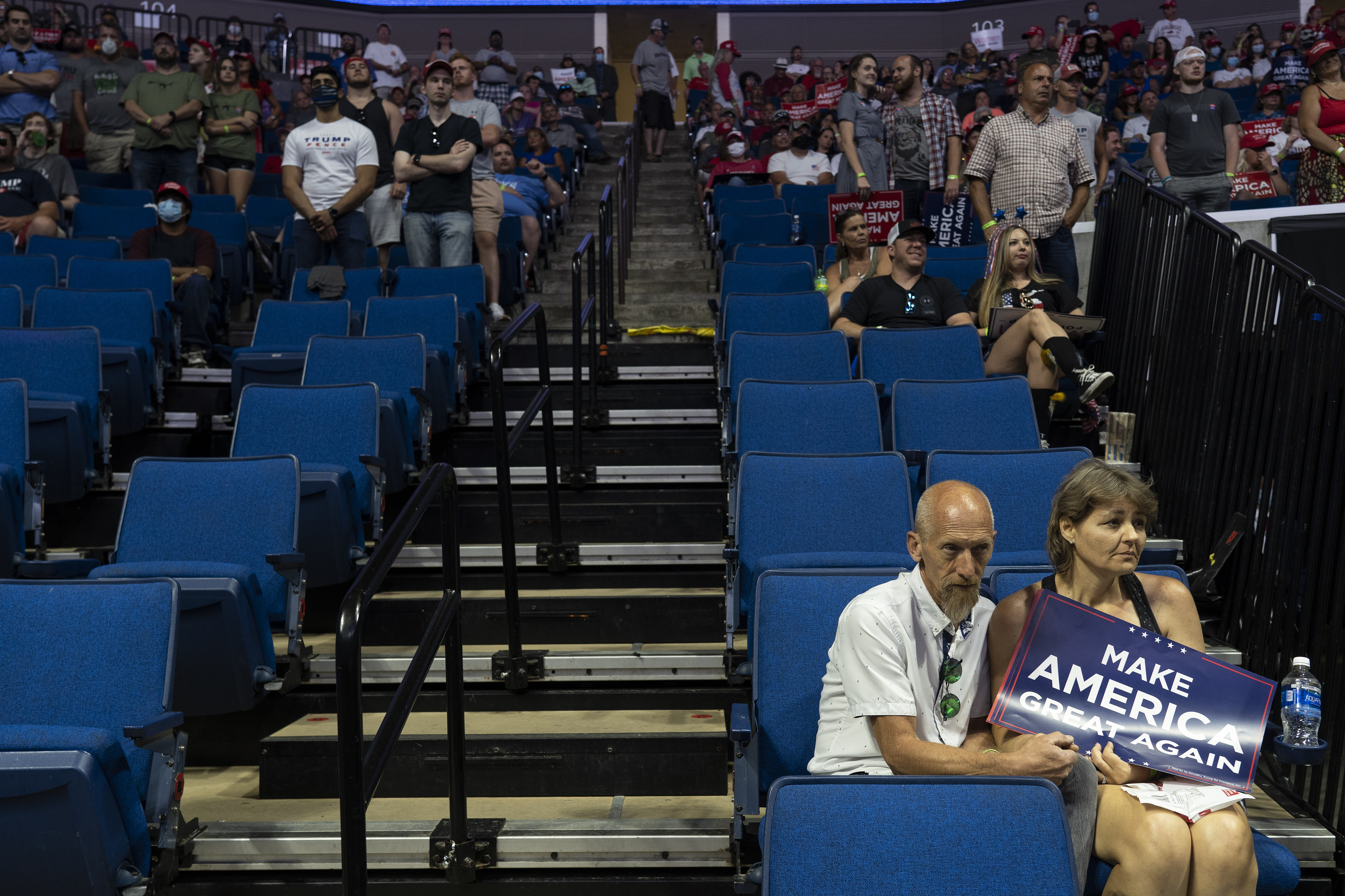 Bartley believes the choice of Jacksonville was intentional. “It’s a slap in the face, really,” he said. “It’s an acknowledgement that we really don’t take your sensibilities or your concerns seriously. The only reason he canceled it was not because he offended African-Americans, but he canceled it because of the coronavirus.”

Sixty years since being beaten on Ax Handle Saturday, Hurst still has hope for America, but he’s yet to see it come to fruition.