A BABY is fighting for his life after being set alight as his three-year-old brother played with a lighter.

Andriy, eight-months-old, suffered severe burns to 25 per cent of his body following the incidentin the village of Klesiv, Ukraine on Friday. 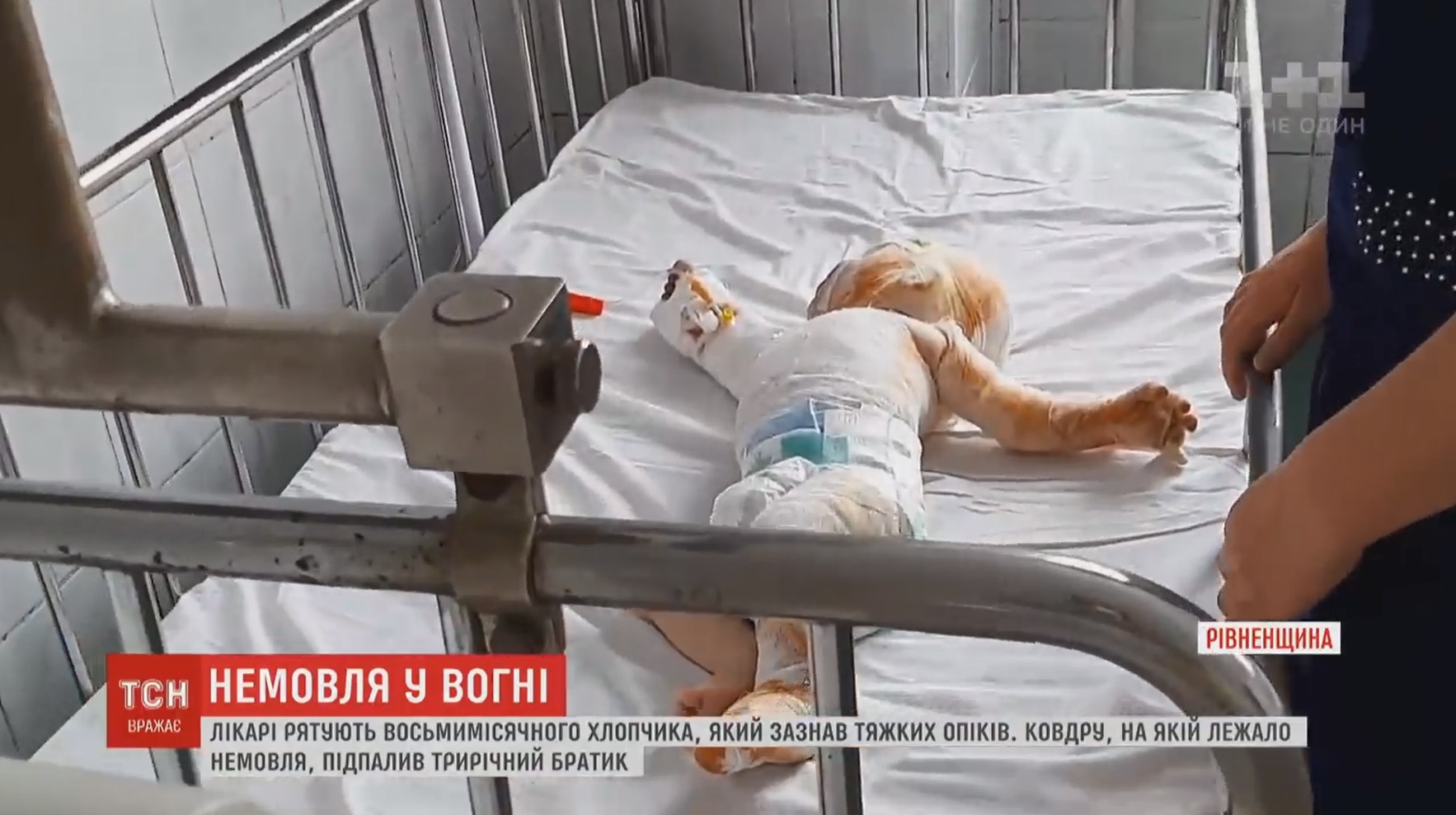 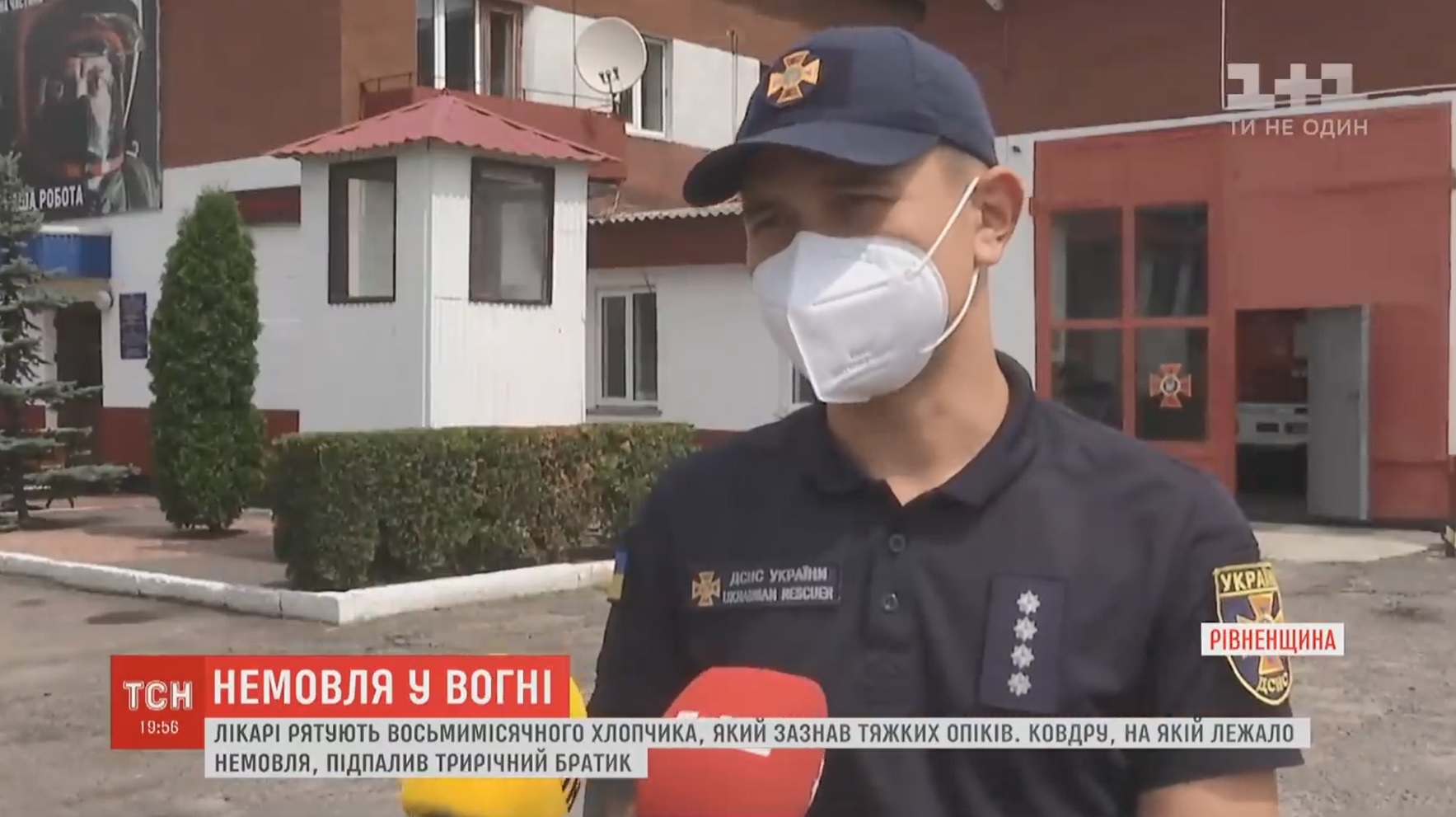 Reports say Andriy and his three-year-old brother Oleksandr were under the care of their father on the day of the incident.

The dad had placed the baby ona blanket while he went to the toilet "for a fewminutes," but Andriy's older brother grabbed a lighter from the table and began to play with it, setting the blanket's synthetic fabric ablaze, the boys’ mother Galyna Tryschuk told local media.

Hearing screams, the father raced back to the room where he saw terrified Oleksandr and Andriy, who was fully engulfed in flames.

The man managed to put out the blaze and called emergency services.

Andriy was rushed to intensive care in critical condition with serious burns to his head, arms, torso and legs.

Petro Solovey, a surgeon from the Rivne Regional Burn Centre said: “The boy suffered third and fourth-degree burns to 25 per cent of his body.

“The soft tissues and bones of his skull and left hand are seriously damaged.

"His condition is grave.”

Rescuers were shocked at the state of Andriy’s injuries after arriving at the scene.

Police are now looking into the circumstances to decide whether to treat the incident as a criminal offence or an accident, according to media. 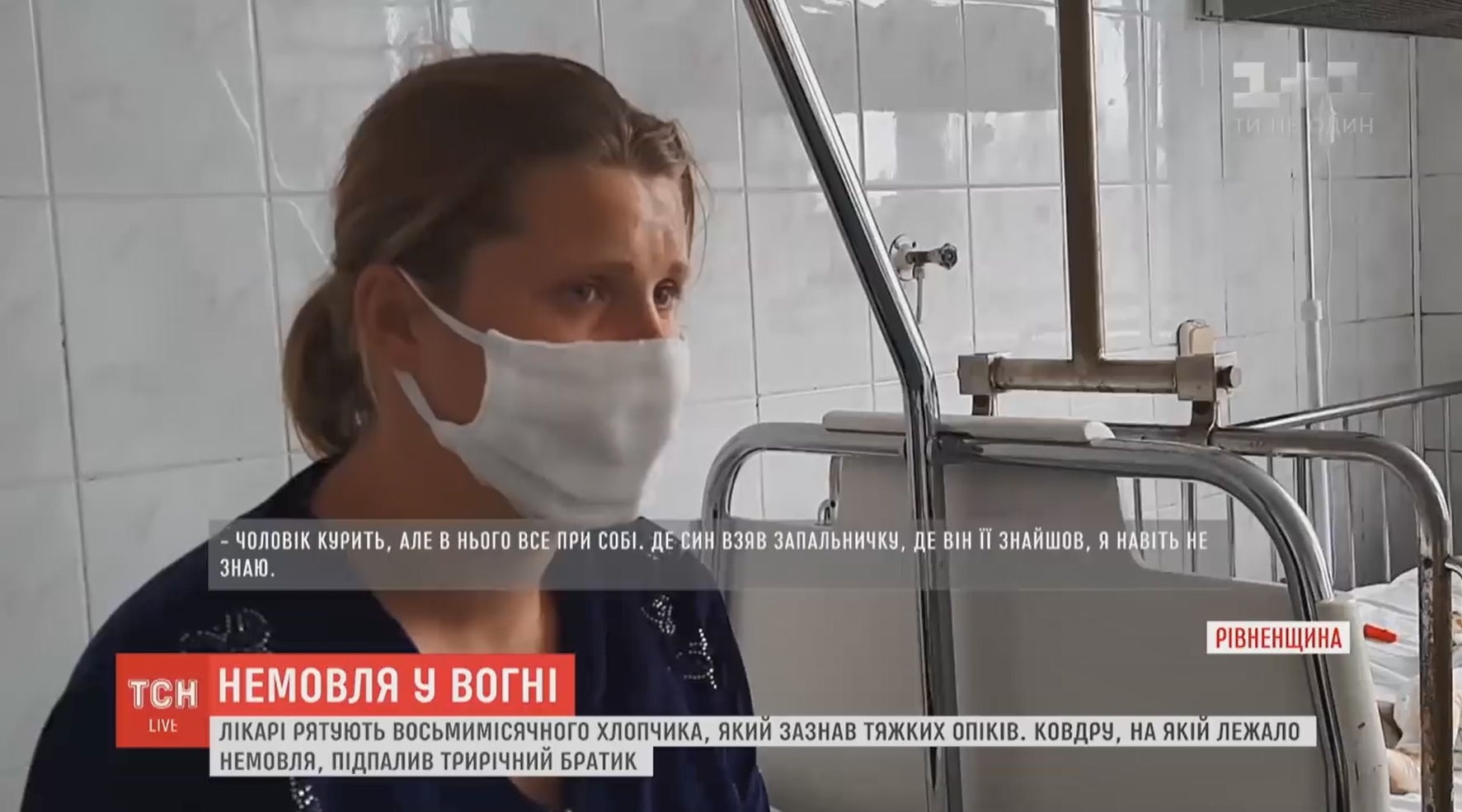 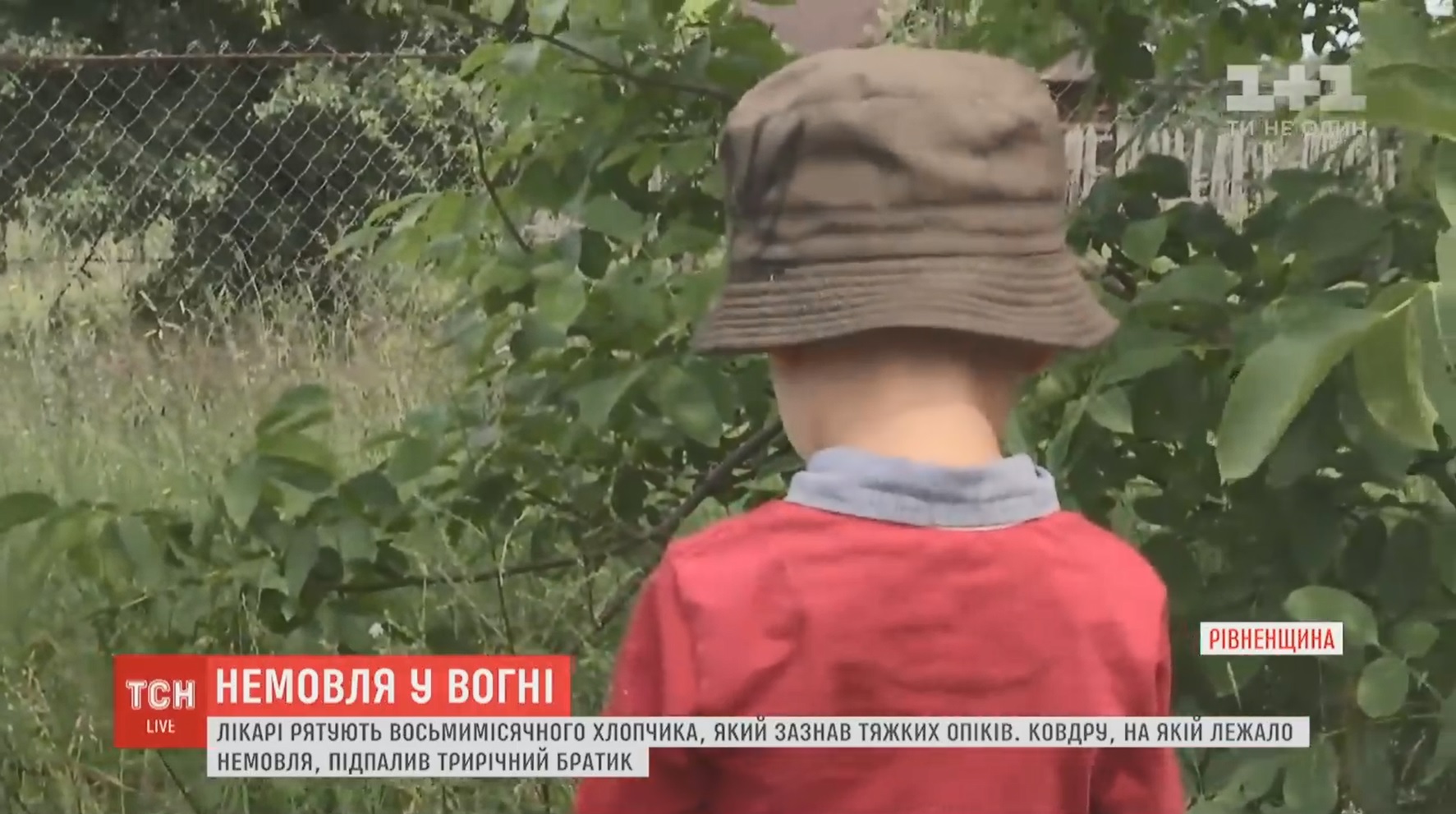 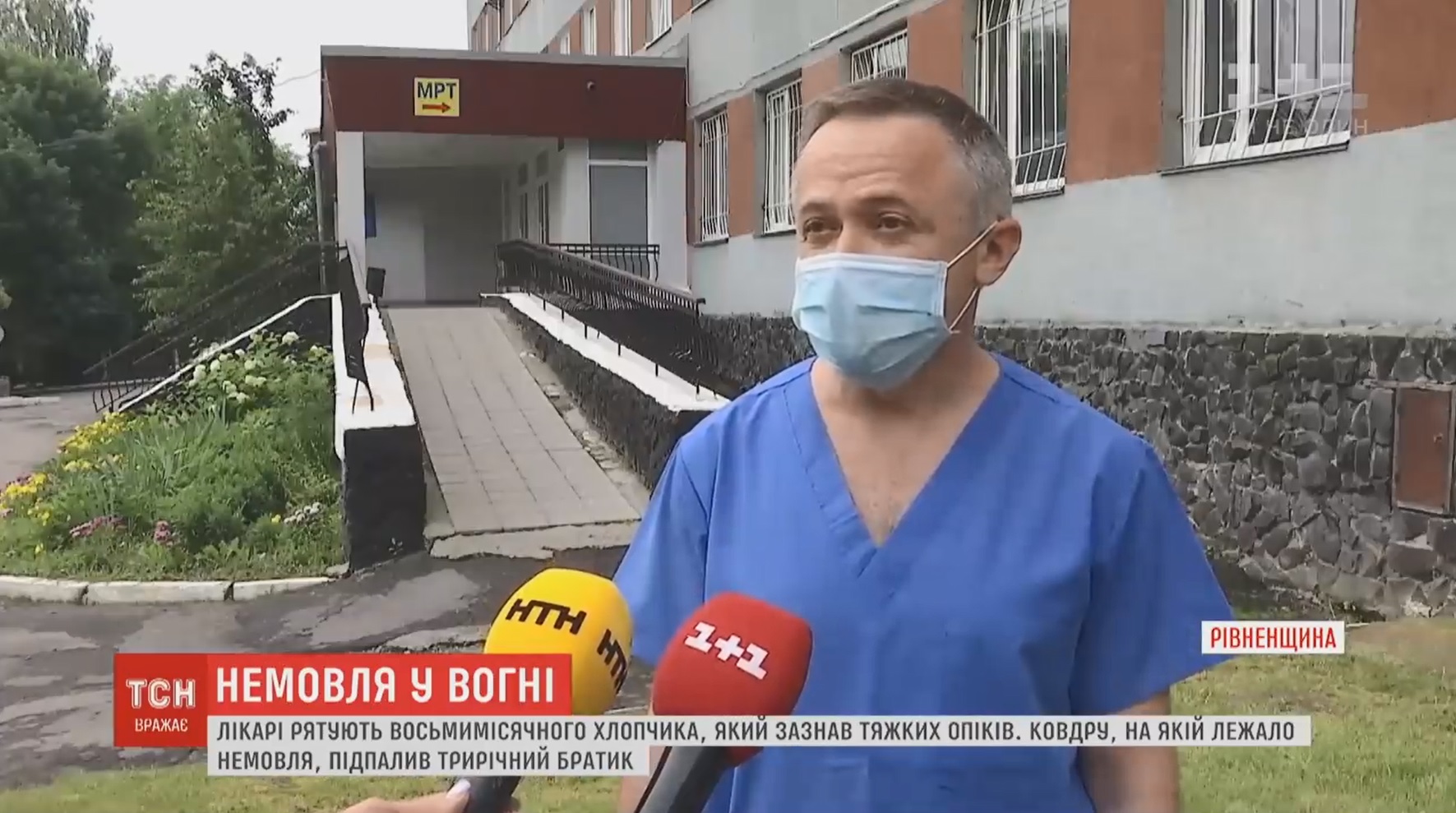 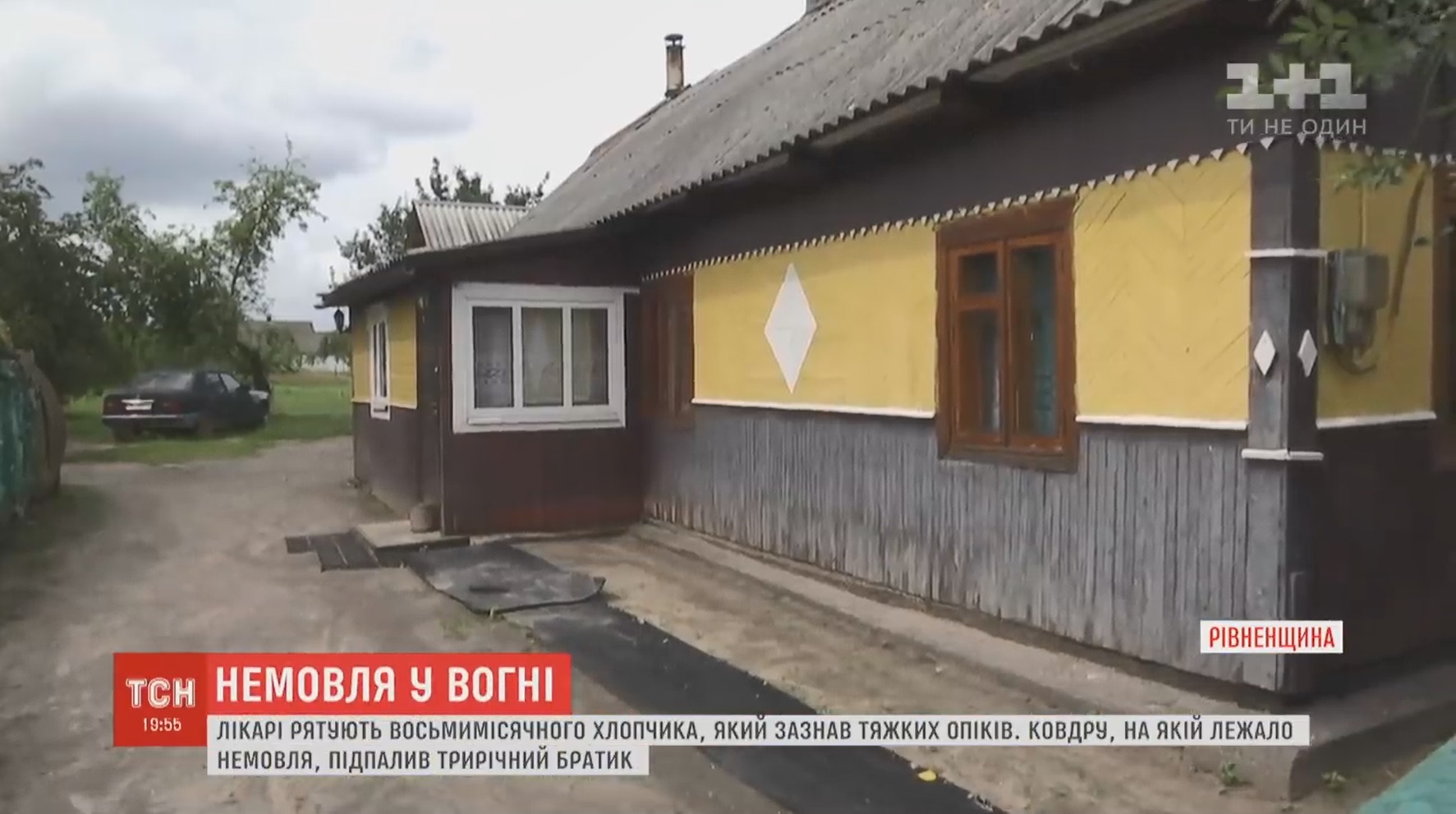