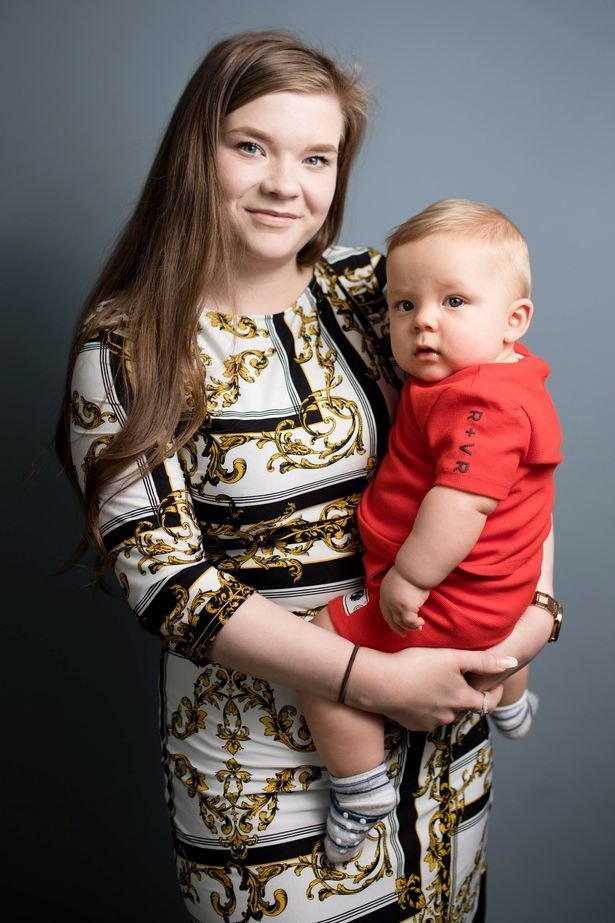 Noah Tindle was just four-weeks-old when his mum, Ashleigh White, 21, noticed her son’s right eye was swollen, blistered and watering.

He was rushed to hospital in September last year and was quickly diagnosed with Herpes simplex virus 1 (HSV-1) – known as the “kiss of death”.

Doctors said Noah was most likely to have caught the virus through an infected adult kissing his face, causing him to almost lose sight in one eye.

Ashleigh guessed it had been contracted at a christening just five days before. 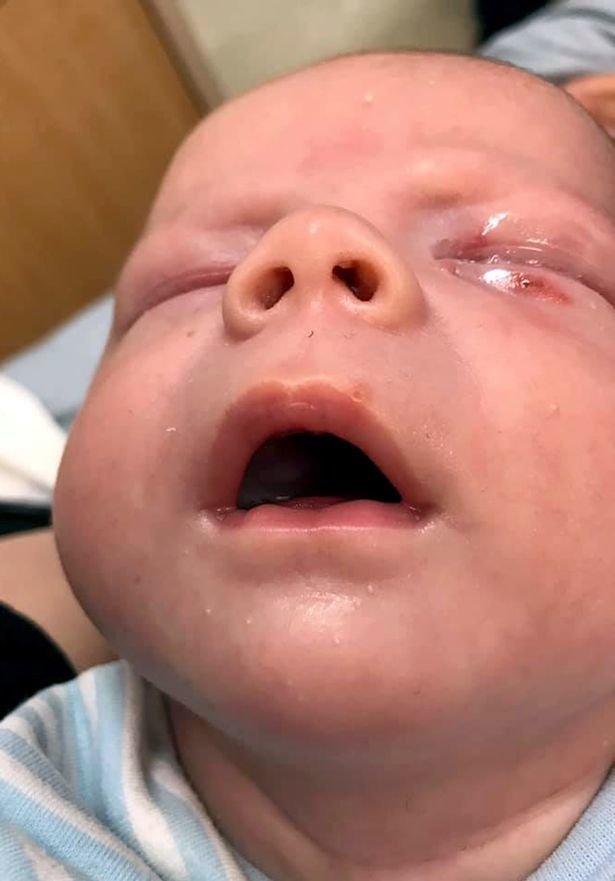 He is now on the mend and taking a course of antiviral medication due to finish in 2020.

Ashleigh, a phone sales agent from Barnsley, south Yorkshire, said: “Noah didn’t have any high temperature, he was still eating as he should and lots of wet nappies so nothing to make me think that he wasn’t well.

“But a few days later, I noticed he had some blisters appear round his eye and I’d read something on Facebook about another baby having the virus and the blisters looking the exact same.

“What I didn’t realise, is that even if you don’t have an active cold sore, you still do carry the virus in your system and saliva, meaning you can never be too careful.

“I immediately took him to the doctors who said he suspected something else after me raising concerns of it being HSV.”

The virus was caught before it entered Noah’s bloodstream but he couldn’t open his eyes for days.

It also caused a break out in March, meaning he will need at least another nine months of the drug.

Ashleigh added: “We still have a long way to go yet before we’re out of the dark and still continuously having checkups with his doctors and ophthalmologists, but after our appointment with his doctor yesterday he is happy that Noah is well and happy, so it’s good to know you’re doing something right.

“I was lucky enough to catch it in time and still have my little boy here with me today, but some might not be that lucky.

“It was physically and mentally draining seeing Noah so poorly and would do anything to help stop families going through what we went through, so please, please, please don’t kiss newborns.

“He’s crawling, he’s like a baby should be – we had two and half months in hospital because of this, now he can live a normal life again.”