‘Back Remain or Labour is history’: Tom Watson launches another incendiary attack on Corbyn as MPs in Leave areas demand the party leader agrees a Brexit deal before October 31

Tom Watson has heaped further pressure on Jeremy Corbyn over his Brexit stance, warning that Labour could be consigned to ‘electoral history’ if it does not back Remain in a second referendum.

The party’s deputy leader stepped up his campaign to force a shift in its current confused position after a shadow cabinet meeting failed to move it wholly in a direction pro-EU members wished.

Mr Corbyn told the meeting that a second referendum ballot paper would need to contain ‘real choices’ for Leave and Remain voters.

Mr Watson told ITV’s Peston: ‘If we do end up deciding we are going to campaign to remain in the EU it’s history making.

‘I think that’s quite important because we could be electoral history if we don’t make a clear statement of intent.’

He added: ‘I think it is in the national interest that we become a pro-Remain, pro-reform party and we let the people have a final look at what any deal looks like.’ 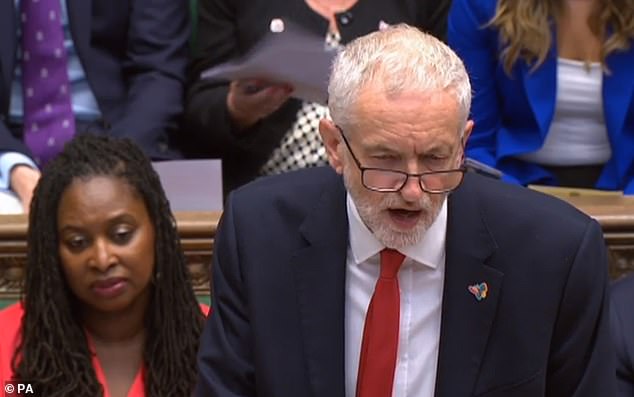 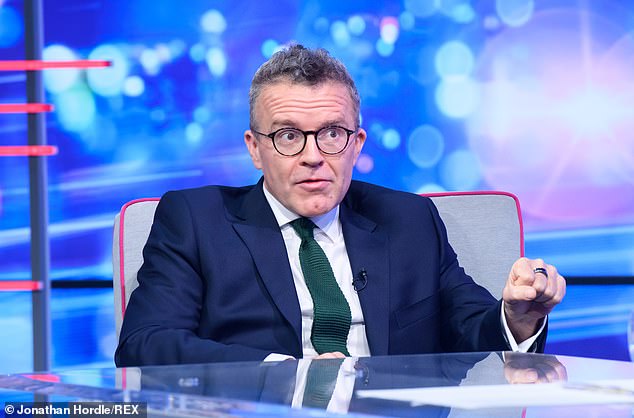 Mr Watson told ITV’s Peston last night: ‘I think it is in the national interest that we become a pro-Remain, pro-reform party and we let the people have a final look at what any deal looks like’

Labour is currently embroiled in a bitter internal split between Remain supporters and MPs from northern Leave areas.

The party has agreed that any deal should be put to a public vote but has not yet decided whether it would campaign for remain if there was another ballot.

In a sign of Labour’s divisions over Brexit, 26 Labour MPs in mainly pro-Leave seats wrote to Mr Corbyn to urge that he puts the ‘national interest first’ and backs a Brexit deal before October 31.

Mr Corbyn told the shadow cabinet on Wednesday afternoon: ‘We have committed to respecting the result of the referendum, and have strongly made the case for an alternative plan for Brexit as the only serious deal that could potentially command the support of the House.’

But it was ‘now right to demand that any deal is put to a public vote’ and ‘a ballot paper would need to contain real choices for both Leave and Remain voters’.

Rother Valley MP Sir Kevin Barron, Don Valley’s Caroline Flint and Rotherham’s Sarah Champion were among the signatories to the letter to Mr Corbyn, which said Labour support for a second referendum risked driving a wedge between traditional voters and the party.

They also warned that a no-deal Brexit would ‘alienate’ many who supported the party at the last general election.

The letter follows poor results for the party in the European and local elections, and a narrow victory in the Peterborough by-election.

They wrote: ‘A commitment to a second referendum would be toxic to our bedrock Labour voters, driving a wedge between them and our party, jeopardising our role as a party of the whole nation, and giving the populist right an even greater platform in our heartlands. 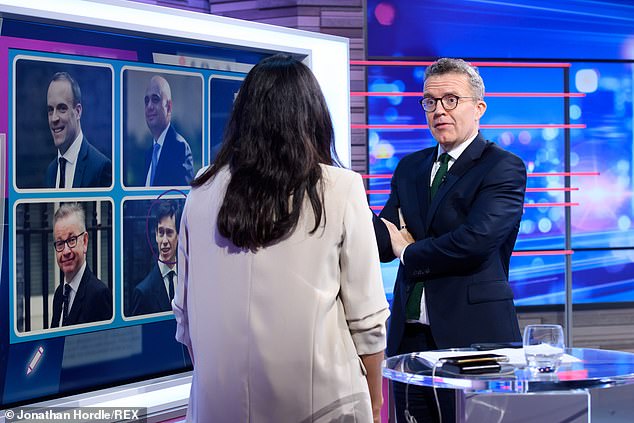 Mr Watson also warned: ‘We could be electoral history if we don’t make a clear statement of intent’

‘Labour has a vital role to play fighting for a Brexit for the many, not the few. But this is a battle best fought in stage two, after the UK has left.

‘Rejecting any Brexit in the hope of securing a perfect deal risks the worst outcome – a no-deal Brexit. This would further alienate many who backed Labour in 2017.

‘We urge the party to put the national interest first, to back a deal before October 31.’

But pro-EU Labour MPs called for the party to explicitly commit to another referendum and back remaining in the bloc.

Rachael Maskell, a supporter of the Love Socialism, Hate Brexit group, said: ‘As a party, we need to present a clear alternative to transform Britain and Europe, and we need to be energetic and enthusiastic about promoting it.

‘Only a radical Labour message can keep us in Europe, and only by opposing Brexit can we be true to our values and set out a radical vision to transform the country.

‘Our position must be crystal clear before Boris Johnson walks into Number 10.’

Former shadow cabinet minister Ian Murray, a supporter of the People’s Vote campaign for another referendum, said it was ‘impossible to imagine’ that Labour would not campaign for a Remain vote.

‘Some unelected advisers around Jeremy Corbyn may wish to resist that, but the party’s grassroots will not let that happen,’ he said.

‘The resistance of that, increasingly isolated, group to letting Labour speak from the heart on this issue is still doing our party electoral damage and must come to an end.’