Tory politician Lord Tebbit is demanding the BBC ban comic Frankie Boyle after he made a joke about IRA bombs on his latest show.

He hit out at the Scottish comedian for saying it may be a relief for Theresa May to resign after spending a weekend at Chequers with leading Brexiteers.

Boyle, 46, said ‘where the f*** are the IRA when you need them?’ during his New World Order show on BBC Two.

Lord Tebbit survived the 1984 IRA bombing of the Grand Brighton Hotel in the seaside resort but his wife was left paralysed. 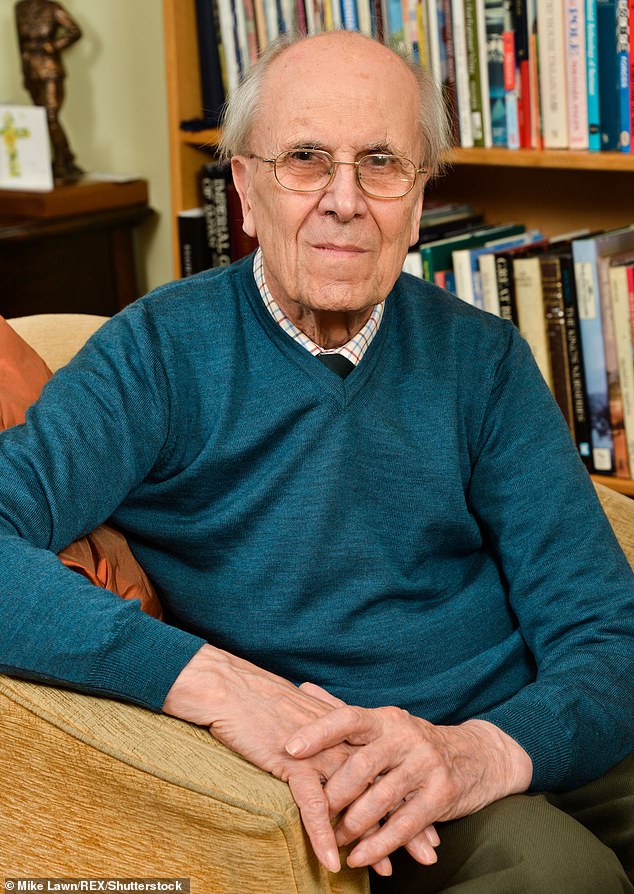 Speaking to the Belfast Telegraph, Lord Tebbit, 88, said: ‘The man should be banned from broadcasting on the BBC. What he said was highly offensive.

‘IRA terrorist attacks are no laughing matter and the BBC shouldn’t have him on television.’

On his show, Boyle said: ‘Theresa May has offered to resign if she can get her deal through.It’s probably a relief for her.

‘I mean, she spent the weekend at Chequers with her worst enemies like Boris Johnson, Jacob Reese Mogg, Michael Gove, Iain Duncan Smith, all in one place.

‘Where the f*** are the IRA when you need them? All these groups that keep getting back together. What about the guys that would really help us?’

Lord Tebbit was pulled from rubble in the aftermath of the 1984 IRA bombing of the Grand Brighton Hotel in the seaside resort. 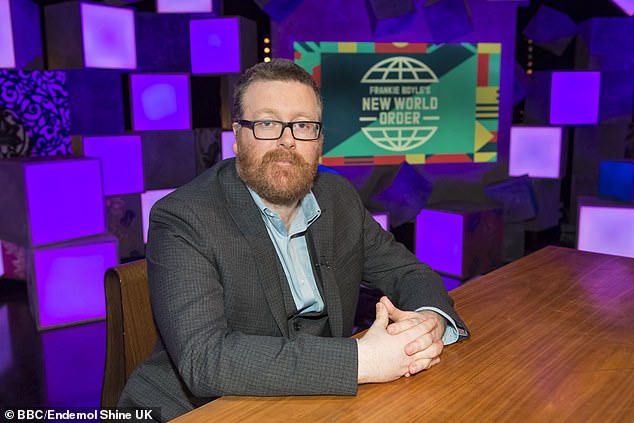 Boyle (pictured), 46, joked ‘where the f*** are the IRA when you need them?’ during his New World Order show on BBC Two

It targeted senior members of the Conservative government.

The bomb aimed to kill Prime Minister Margaret Thatcher who narrowly escaped the blast which killed five and left 31 injured.

A BBC spokesman said: ‘Frankie Boyle’s New World Order was shown after 10pm on BBC Two and its content is within audience expectations for a post-watershed, topical, satirical programme from a comedian whose style and tone are well-established.

‘Within the same programme Frankie clearly acknowledges the brutality of the IRA’s activities.’