The BBC Weather forecaster said conditions are expected to remain settled through the day, with sunshine forecast to break through once the fog and cloud finally clears. Carol Kirkwood said the overnight rain will be growing into a drizzle and move southwards before mistier conditions take over. Ms Kirkwood said: “Everything is cloud and rain which is now drizzly moving southwards through the night, and will continue to do that through the day.

“And with high pressure in charge in the south, it’s bang over us, which does mean there’s not much of a breeze to move the mist and fog around.

“It’ll be slow to clear, some of it will lift into low cloud, some of it will hang around all day. But when it does lift, we’ll see some sunshine. We’ve also got the wind coming in from the Atlantic.

“Breezy across the far north of Scotland and the northern isles and it’s bringing in a fair bit of cloud but the mountains are shielding it.

“We’ll see some sunshine in Aberdeenshire, where we’ve got highs of 15C today, 10C in London, 12C in Plymouth and Belfast.” 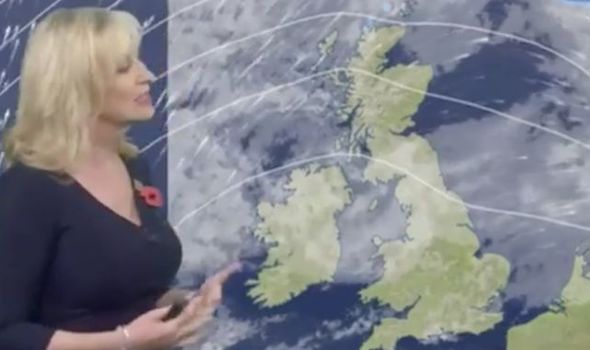 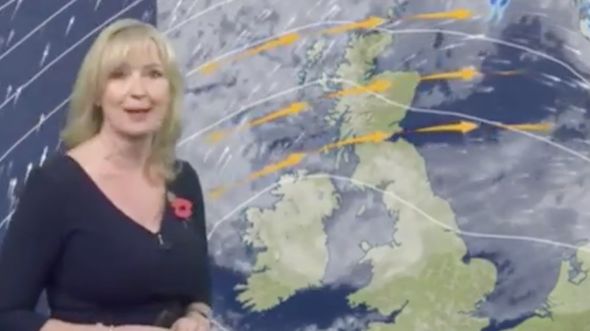 Clearer skies will remain in charge as we head into the evening but foggy conditions will also be returning.

Temperatures will be staying put closer to the low teens across the north but will plunge into mid-single figures in the south.

Ms Kirkwood continued: “Through this evening and overnight, once again, there will be some clearer skies across some parts of England and also Wales.

“We’ll also see the return of some mist and some fog, some pockets of frost here and there. Generally quite a lot of cloud. 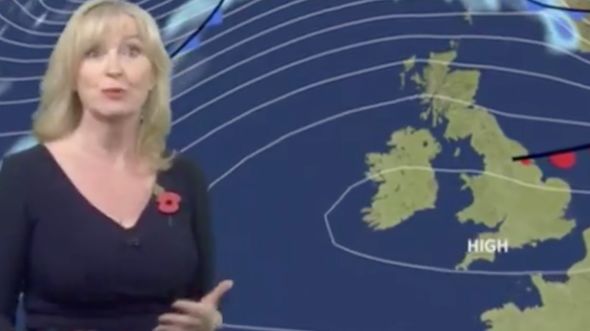 “But because there’ll be more of a breeze through the night and into tomorrow. That will help shift the mist and fog overnight more readily than it’s going to do today.”

Conditions on Friday are forecast to mimic Thursday, with more brighter spells expected for England and Wales despite the high chance of more cloud moving in. 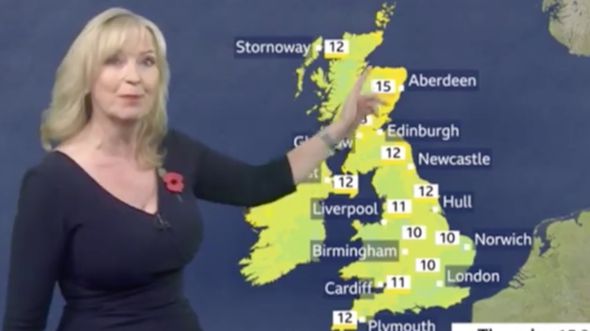 Ms Kirkwood added: “Tomorrow again it will brighten up across parts of England and also Wales.

“Again, quite a lot of cloud around but there is some brightness nonetheless.

“And mostly dry, you can see some showery outbreaks across the far northwest of Scotland.

“Temperatures ranging from 11C in the north to 13C as we head further south.”