BBC Weather’s Helen Willets warned of severe warnings for storm conditions in northwest of Europe. Ms Willets said: “We’ve got bands of cloud, rain and snow as well as strong winds. This low pressure brings disruptive weather across the UK and snow in the Alps.”

She continued: “The risk is still with us of some snowfall falling and there is an increased avalanche risk for parts of Turkey.

“More rain in France where we don’t need it. Snow in the Alpine region and rain and snow through the low countries.

“Temperatures are still above where they should be in many parts of Scandinavia.

“More wet and windy weather will roll in through Friday watching Storm Dennis brewing out in the Atlantic as well when that comes in on the weekend. 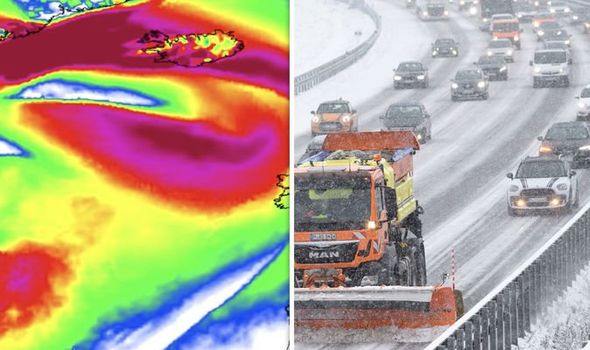 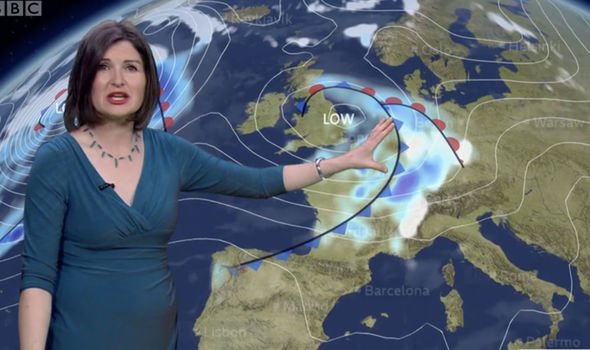 “The weather remains very turbulent across the northern half of Europe and across towards Turkey as well.

“For Madrid and Rome it’s a more settled picture.

“It’s warm and there’s almost spring-like feeling in the air.”

While Storm Dennis heads towards Europe, the churning weather front has been described as a “bomb cyclone”. 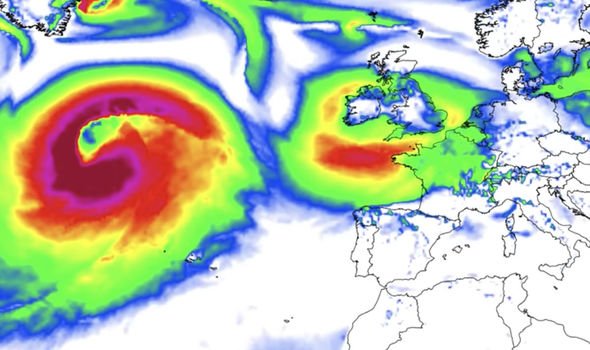 Marko Korosec from Severe Weather EU has warned: “While there is currently deep cyclone moving into UK and Ireland tonight, a new one is already forming near Newfoundland.

“The ongoing mature deep cyclone moving towards western Europe, while there is a much larger and deepening cyclone forming in the Northwest Atlantic, exploding beneath a deep upper wave ejecting eastern Canada. 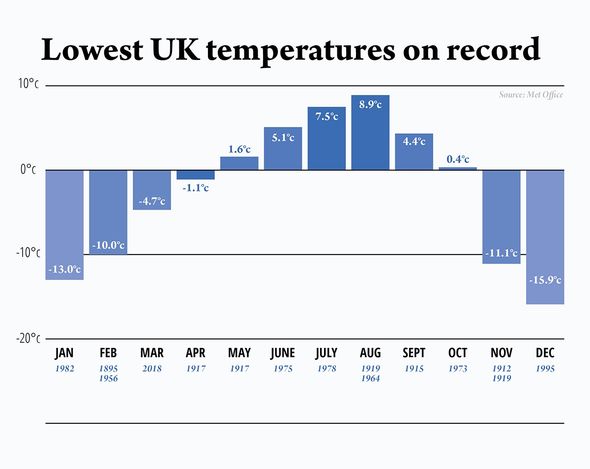 “This system is soon taking a so-called ‘bombogenesis’ (‘bomb’ cyclone) phase, taking the extremely rapid intensification of its wind field and pressure falls.

“While bomb cyclones mean one needs 24 mbar pressure drop in 24 hours period, our featured system will likely be deepening for more than 40-50 mbar per 24-hour period after this afternoon.”

He continued: “We can see there will actually be twins (twin-cyclones) present tonight (a combination of the UK and Ireland cyclone with the bombogenesis further west), while the system remarkably intensifies through late morning tomorrow.

“Pressure will likely approach 945 mbar around midday, continue deepening into 935 mbar range overnight to Friday. On Friday, the system’s centre will already be in the far North Atlantic with a violent windstorm introducing hurricane-force winds across Iceland.”

Across the UK, Britons once again rose to show their support for frontline health service workers by giving them a thunderous round of applause. In…