A sweltering 30C heatwave will engulf the UK by Monday, according to the latest BBC weather forecast. BBC meteorologist Matt Taylor declared that “summer is returning” in his morning forecast report. This comes despite a yellow rain warning in western Scotland from Saturday evening until midnight on Sunday.

For Friday, Taylor said: “Today is quite wet and windy in Scotland and Northern Ireland. That is due to some cloud spilling off the Atlantic.

“There will even be some heavy rain and winds touching 40 to 50mph at times in western Scotland.

“The weather will be drier in England and Wales, with temperatures as high as 20 in the southern corner.”

The BBC meteorologist said that temperatures will drop into single figures overnight into Saturday. 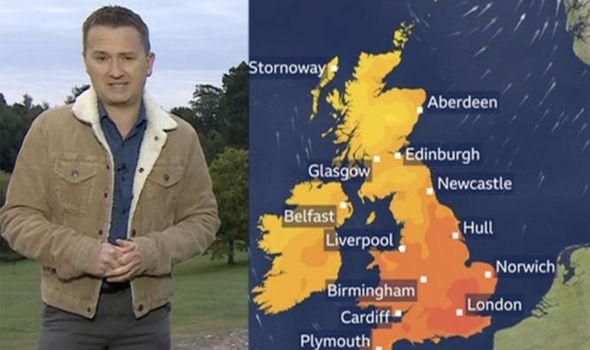 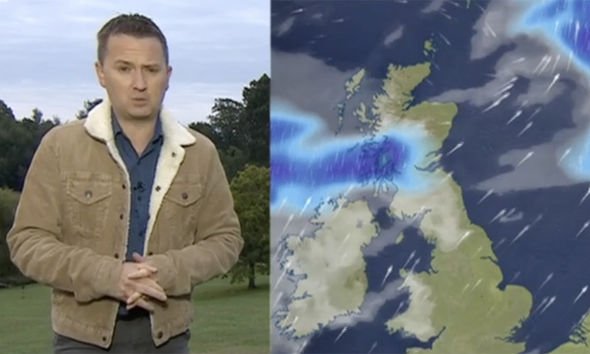 He continued: “On Saturday, the temperatures will very similar to today.

“From Saturday into Sunday, there is lots of heavy rain in western Scotland and a risk of flooding as well.

“That rain will linger in northern Scotland as we move through Sunday, but from southern Scotland onwards we will see increasing amounts of sunshine.

“Temperatures will be on the rise more widely, into the 20s by Sunday afternoon as the country starts to warm up. 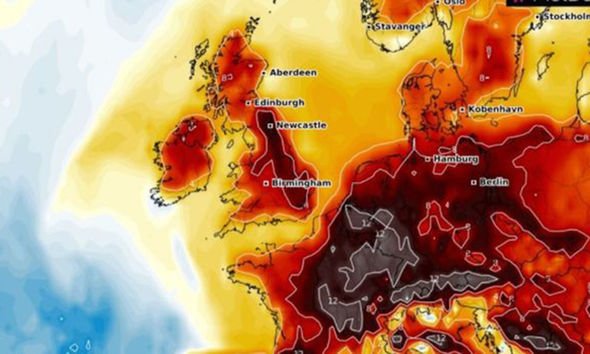 “By the time we hit Monday, with southerly winds, temperatures will shoot up even further.

“A real feel of summer returning in the air at the start of next week, particularly for England and Wales.

“On Monday, we could see highs on 28C in the south-east corner, and we could even see 30C. Temperatures into the 20s elsewhere.”

The rest of next week will see heatwave temperatures continue, with 30C forecast for Tuesday and Wednesday. 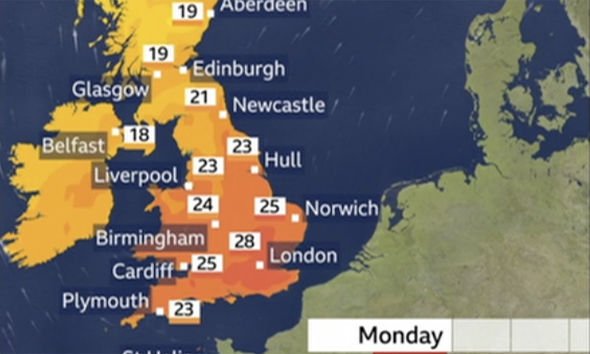 This is due to warm air arriving from Europe, with the south of England set to feel the best of the heat.

Met Office spokesman Grahame Madge said: “This is quite unusual for this time of year although it is not unprecedented. The record temperatures for September is around 35C.”

The latest hot weather maps from Netweather show scorching highs to linger in the south east until next Thursday.

Madge said that by the middle of next week the weather will turn more unsettled and temperatures will drop back to normal levels for this time of year.