BRITS are set for an icy blast as the ‘Beast from the East’ brings snow, sleet and arctic winds to regions across the country.

The Met Office has issued a yellow weather warning as millions of people head back to work for the New Year. 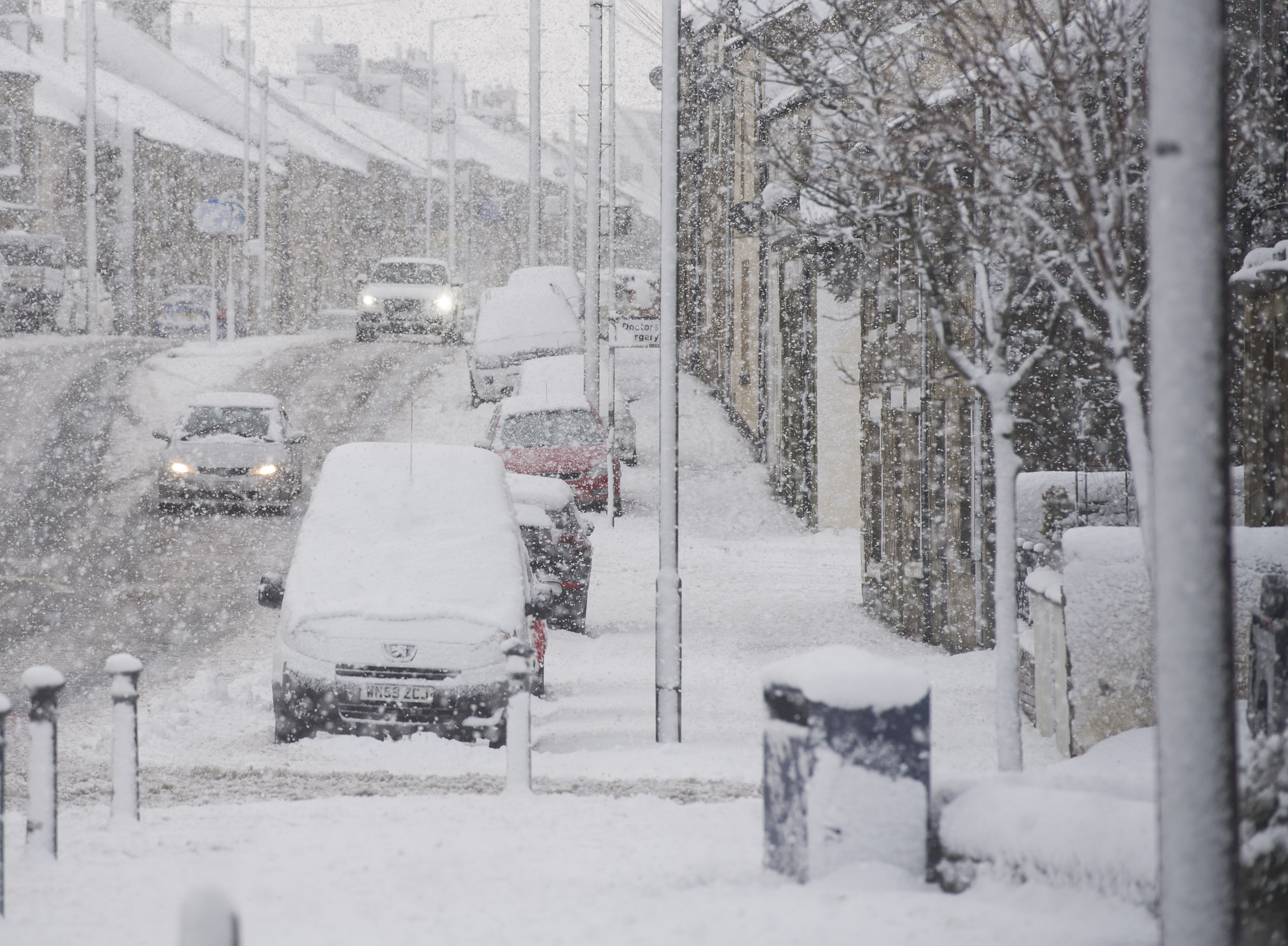 Where will the Beast from the East hit in 2021?

A yellow weather warning is in place between the north-east of Scotland and Nottingham until 11am on January 4, with ice causing difficult conditions for travellers.

"Icy patches may cause some tricky travel conditions," the warning says.

Temperatures won't climb above 5C anywhere in the country amid the Arctic blast.

With Siberian winds pushing in from the east, biting weather – including snow – is forecast all week.

Snow fell across England on January 2 with Middlesbrough, Newcastle, Northumberland and Darlington all left with a blanket of the white stuff.

There are fears that a "sudden stratosphere warning" (SSW) – the conditions which led to the Beast battering Britain in 2018 – could cause chaos this month.

Forecasters warn a SSW could be triggered from the week beginning January 11.

But they say the results aren't yet clear – and haven't yet made firm predictions.

It's reported that conditions will worsen – with some claiming we may end up with 30 inches of snow falling in just one day during the middle of the month. 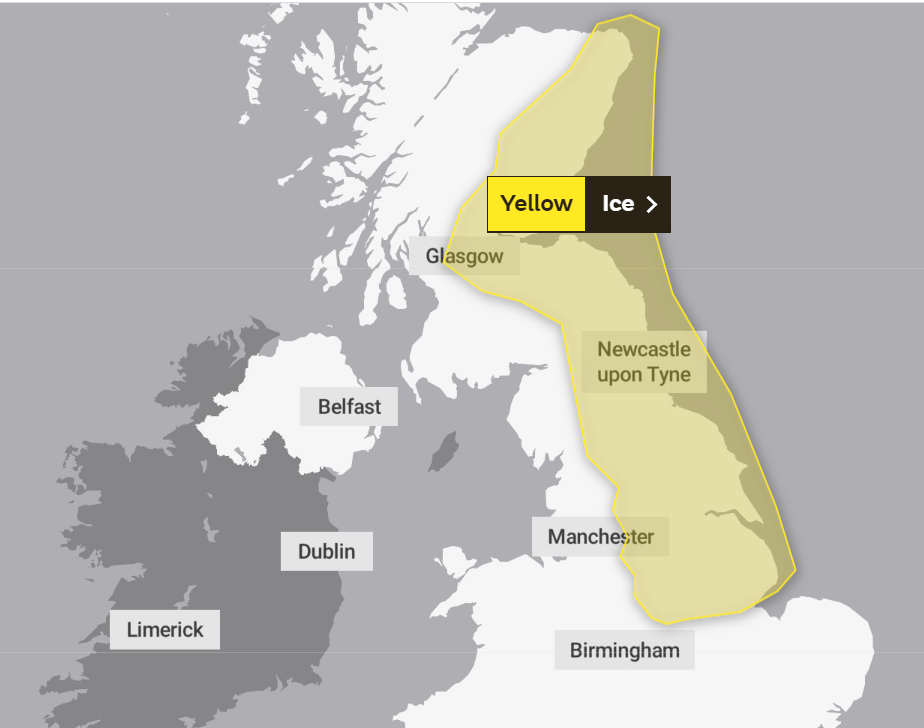 2) Where has Beast from the East come from?

The weather event happens when the temperature in the stratosphere soars by 50C.

Winds from Siberia push in from the east, causing the mercury to plummet – with even daytime temperatures struggling to rise above zero.

It generally takes two weeks to see the effects of a "sudden stratosphere warning" (SSW) which causes the Beast from the East.

These "SSWs" cover a larger area and can move south to Canada, the USA and Europe, increasing the risk of air temperatures decreasing to potentially dangerous levels. 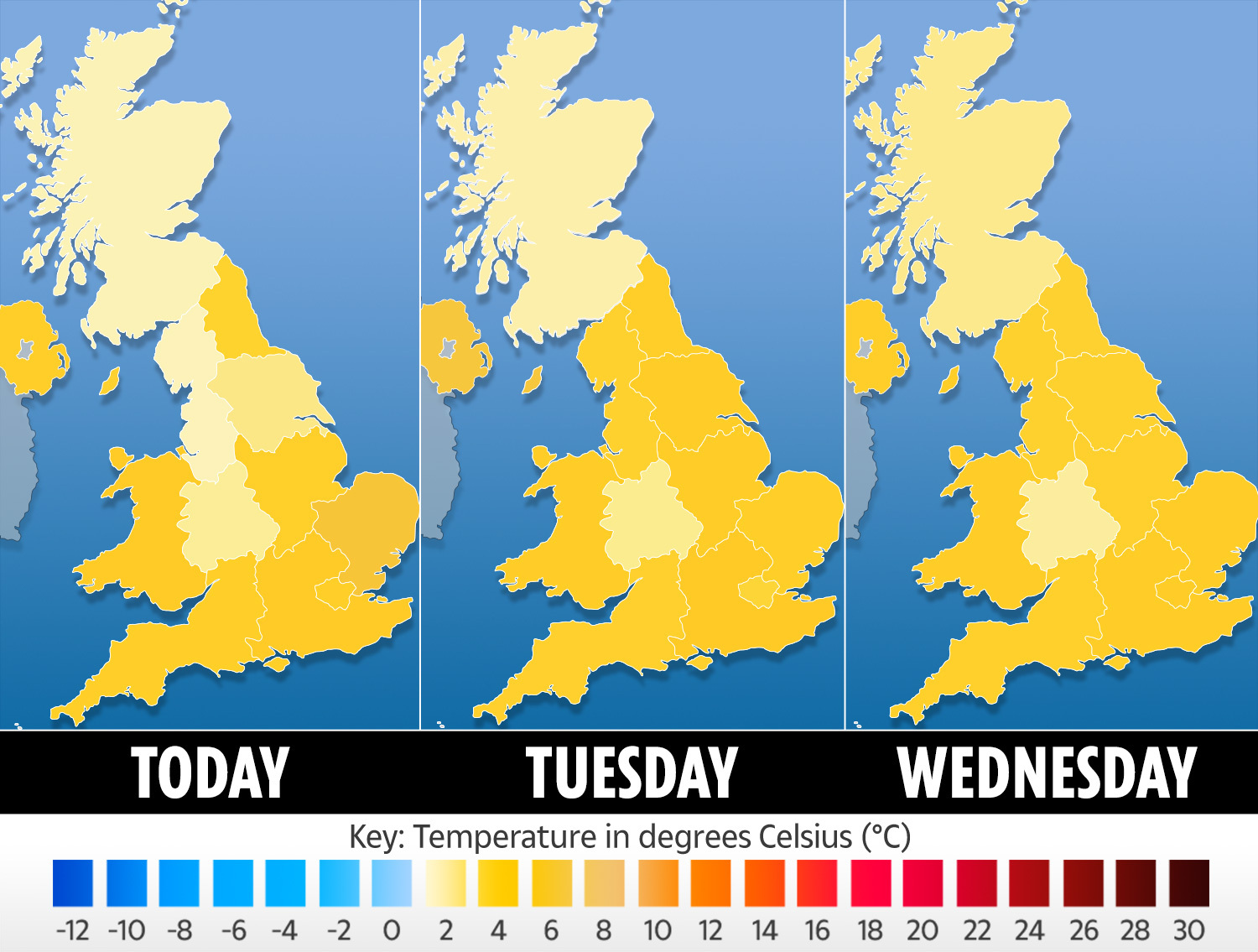 3) What happened in the last Beast from the East?

During the last Beast from the East in February 2018, winds swept in from Siberia – bringing 20in of snow and the coldest March day on record.

The Beast from the East combined with Storm Emma to cause havoc in the UK for a month, bringing heavy snowfall to large areas.

The Met Office issued red weather warnings of a danger to life as the storm's 70mph winds hit the polar vortex — bringing deadly snowdrifts and a -15C windchill.

It took water companies days to restore supplies to most customers after weather-related problems.

Meanwhile, BBC meteorologist Ben Rich told the Mirror that a new weather system will push its way across the country overnight into Thursday "taking some rain, sleet and snow with it".

He said: “Just about anywhere, you could see some rain, some sleet, and some snow – could even be some snow to quite low levels.”