Belarusian combatants of the Kastuś Kalinoŭski Regiment have been filmed with Ukrainian troops using suppressive fire and Franco-West German anti-tank guided missile systems called MILANs against Russian forces. In footage released on social media, the troops can be seen hiding among the trees, firing at Russian soldiers, before one fighter uses one of the missile systems to unleash a rocket towards enemy lines. The Belarusian aid is in direct defiance of Lukashenko’s ties with Russia, as the leader relies heavily on Putin to keep him in power.

Belarus has a complicated relationship with Russia, but the presence of Belarusian soldiers fighting alongside Ukraine will frustrate the Kremlin.

Under Belarusian President Aleksandr Lukashenko, the nation is the only European country to be a part of Russia’s Collective Security Treaty Organisation after Georgia suspended their membership at the turn of the millennium.

Belarus has become a buffer between Russia and the West, with Putin using it to station troops and spy on Western activity.

And during the recent invasion, Russian troops have descended on Ukraine from Belarus. For example, they entered the Chernobyl Exclusion Zone north of Ukraine’s capital, Kyiv, via Belarus and seized the Chernobyl nuclear power plant. 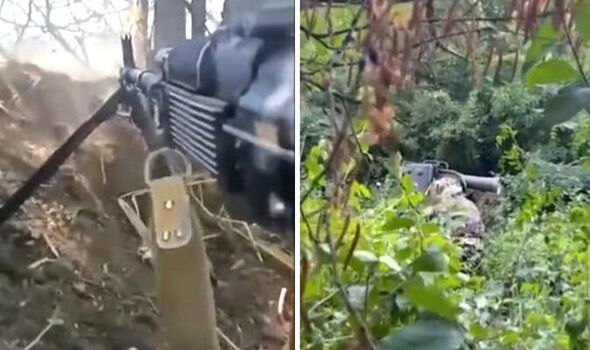 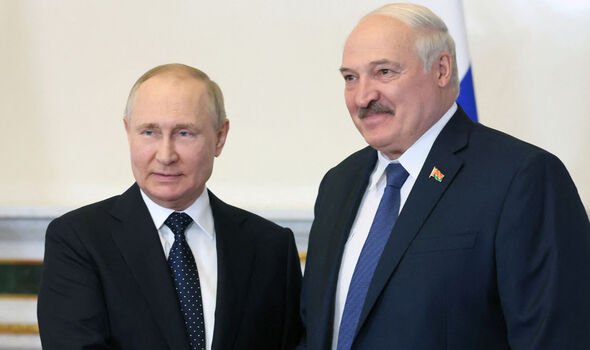 Russia has been allowed to use Belarus in part because Lukashenko, known as “Europe’s last dictator” after dubiously winning his sixth term in office two years ago, has relied on Putin’s support to remain in power.

During the mass protests over his sixth election victory, which was widely recognised as rigged, including by the European Union, Russia sent in forces to help quieten the dissidence.

Putin promised a $1.5 billion loan and created a group of law enforcement officers reserved to deploy to “ensure security in Belarus.”

It has meant that while the Belarusian populace for the most part opposes the war in Ukraine – 85 percent of residents are against sending their troops into the war zone to help Russia, according to the latest poll – Lukashenko has pledged to partake in military action alongside Russia “if it is necessary for Belarus and Russia”. 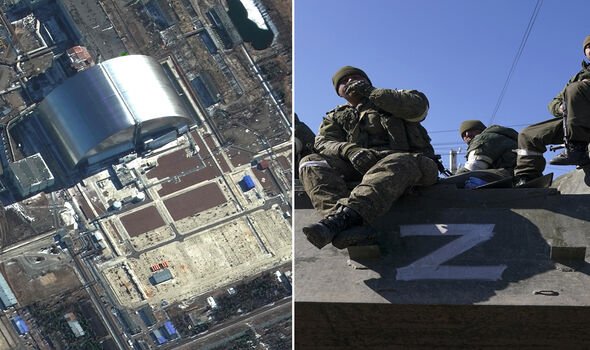 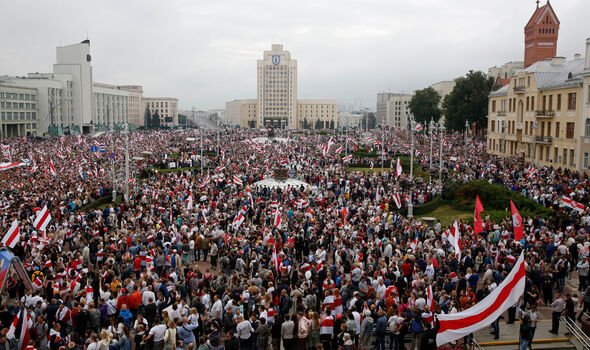 He declared during public celebrations in the capital Minsk on July 2 that he had ordered his army to train their guns on unspecified western capitals, ready to retaliate for any possible attacks on Belarus.

He then reaffirmed his regime’s loyalty to Moscow the next day.

However, he also insisted that “we have no ambitions to fight in Ukraine” and “not a single Belarusian soldier is fighting in Ukraine.”

Unfortunately for Lukashenko, the supposed unpopularity of the leader has extended itself towards Russia by proxy, and Belaurisan troops have indeed begun fighting in Ukraine, but against Putin’s forces as opposed to alongside them. 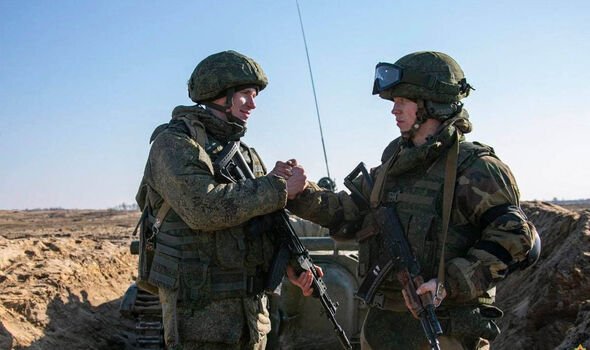 Belarus has been hit by Western sanctions over its support for Russia’s invasion of Ukraine.

Minsk also had sanctions imposed on it over the disputed 2020 presidential election and the government’s subsequent crackdown on protesters.

The Belarusian finance ministry said on Tuesday that Western sanctions that have limited Minsk’s ability to deal in foreign currencies are pushing the country into default despite Minsk being able to service its debts.

Belarus now appears to be paying for its relationship with Russia domestically as well as on the international stage.