The scandal-plagued 85-year-old leader of Forza Italia revealed he would be running as a senator in the September 25 ballot because the move would make “everyone happy”. He told Rai radio: “That way everyone would be happy.

“I’ve received pressure from many, even outside Forza Italia.

“I think that, in the end, I will be present myself as a candidate for the Senate, so that all these people who asked me will finally be happy.”

He told he Politico.eu he felt a sense of “duty,” saying: “My parents taught me that when I feel strongly in me the sense of duty to do something, I must find the courage to do it.” 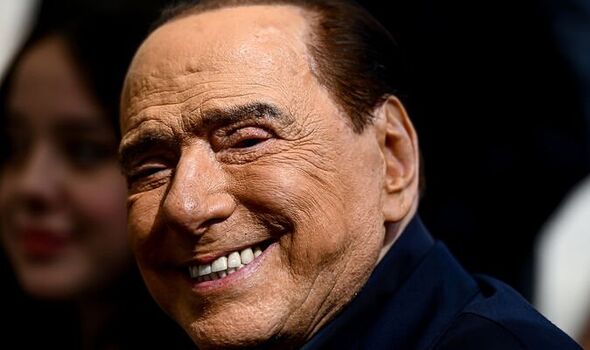 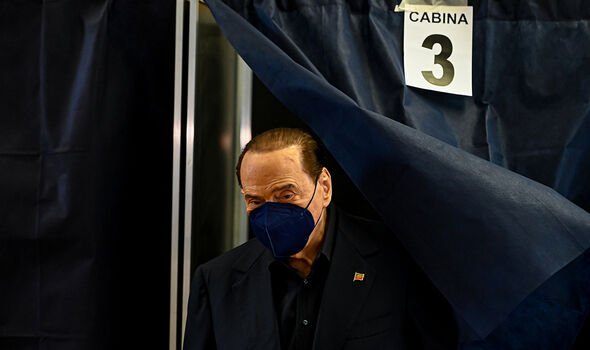 His centre-right party is competing as part of an alliance led by Giorgia Meloni’s post-fascist Brothers of Italy and Matteo Salvini’s far-right League.

It is polling at around eight percent.

But the conservative alliance is on track to win a comfortable parliamentary majority at the election, a study showed on Tuesday, helped by the divisions among its rivals. 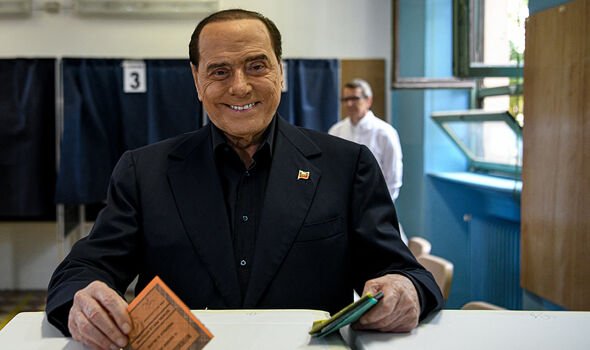 Berlusconi added: “We are pro-Europe, pro-West, pro-NATO, with liberal democracy as our only reference point,”

He said he would “not participate in any government” if he wasn’t sure of its “democratic correctness, sense of responsibility and loyalty to Europe and the West”. 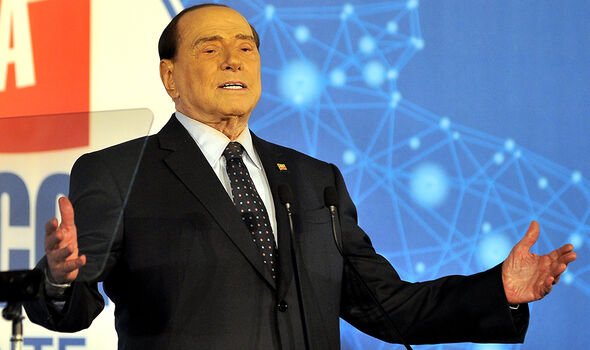 Berlusconi was Italy’s prime minister three times in the 1990s and 2000s.

But he was expelled by the Senate in November 2013 and banned from taking part in a general election for six years following his conviction for tax fraud. 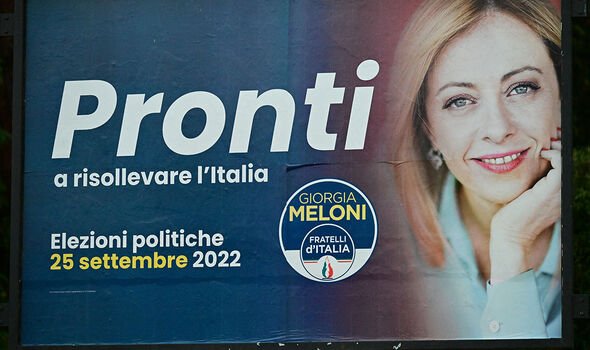 Mr Berlusconi’s background – he was convicted of tax fraud and held “bunga bunga” sex parties – has raised eyebrows with critics saying he is a far from ideal candidate, and on paper lacks the broad parliamentary backing required.

But shrugging off these concerns and recent chronic health problems, Mr Berlusconi has launched a media campaign reminiscent of those that helped him win three national elections

Italy’s conservative bloc released a joint manifesto this week where they pledged to cut taxes, crack down on immigration and scrap the current system of welfare benefits if it wins next month’s election.

The 15-point joint programme released by the parties on Thursday evening contains little detail and mainly reiterates pledges already made by the parties individually during the campaign for the September 25 election. 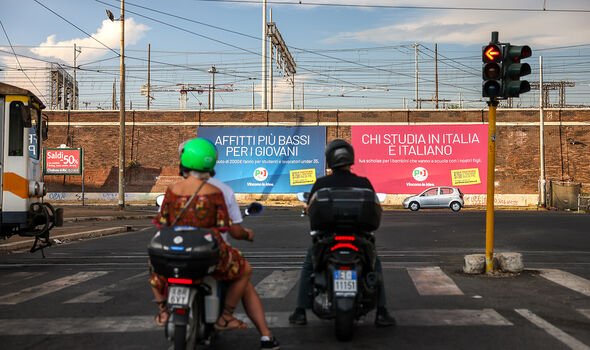 It promises “lower taxes for families, firms and the self-employed”, with a so-called “flat tax” or single tax rate, on annual income of up to 100,000 euros for the self-employed and on any increase in income from one year to the next.

Tax cuts are a traditional rallying cry for the Italian right, which argues that the boost to economic growth will offset any reduction in revenues.The bloc also promises to increase minimum pensions and increase scope for early retirement.

The manifesto promises to curb illegal immigration, another strong conservative theme, by blocking migrant boats with the help of local African authorities and through the creation of “hot spots” run by the European Union to assess asylum requests before migrants reach the continent.