Australia’s largest punting firm, Sportsbet, has a problem: the company that owns ‘sportsbet.com’ has been directing traffic to their competitors.

It got so bad that Sportsbet, which trades on ‘sportsbet.com.au’, took the company that owns the URL, ArcNames, to the Supreme Court in May, seeking a freezing order to prevent them from directing traffic to Bet365. 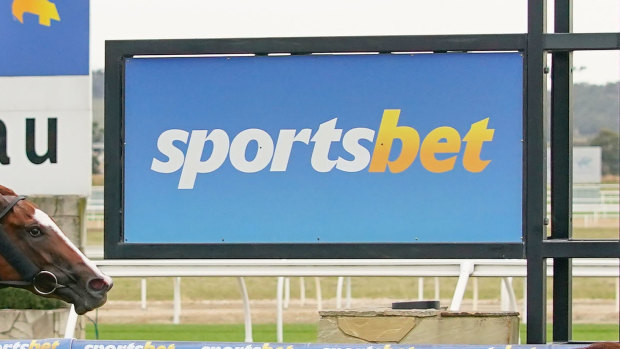 Now Sportsbet is trying to gain control of ‘sportsbet.com’.Credit:Getty Images

Court documents say Bet365 told Sportsbet they ended their relationship with the website after Sportsbet complained to them originally in July 2021, when Sportsbet alleged Bet365 was in breach of consumer law.

But, court documents say, in about March 2022, Sportsbet noticed that the website was again directing traffic to Bet365 and another bet provider, PlayUp.

This, it seems, was the straw that broke the camel’s back.

In May this year, Sportsbet obtained freezing orders against ArcNames. ArcNames and local associated company, Spire Marketing Consultants, then failed in a subsequent court bid to have the freezing orders removed.

But this is where it gets unusual. ArcNames, according to the Supreme Court, has its registered address at a PO box in St John’s Antigua and Barbuda, in the West Indies.

And, the domain name “sportsbet.com” is registered with Jewella Privacy LLC, a company, according to court documents, that enables domain name registrants to keep their identity private.

Even more odd, court documents say, it was discovered ArcNames was a company registered in Seychelles via a Panama Papers leaks database.

The Republic of Seychelles sits 1500 kilometres east of mainland Africa on the eastern edge of the Somali Sea. Not particularly proximate to Australia.

The betting firm is now going after ArcNames, alleging trademark infringement and misleading or deceptive conduct under consumer law.

Sportsbet originally entered into an agreement with ArcNames in April 2008 for them to redirect traffic to their URL, but in 2018 the arrangement ended. Now Sportsbet is trying to gain control of the domain.

CBD couldn’t find contact information for Spire or ArcNames, and messages to Sportsbet and Bet365 weren’t responded to.

When you’re pursuing a URL owned by a company based in the Seychelles, as they say, all bets are off.

Billions of eyes are on the pint-sized petro-autocracy of Qatar, where the FIFA World Cup kicked off overnight. And while, this column optimistically believes the Socceroos can surprise an injury-plagued French side in their Wednesday morning (AEDT) opener, the usual excitement has been muted by very real concerns about Qatar’s disastrous human rights record, and the thousands of migrant workers who died building the showcase event. 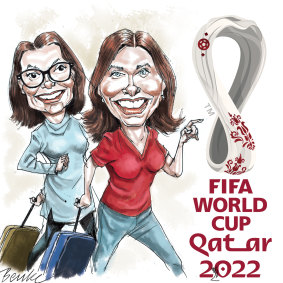 But we’re not nearly as optimistic as Sports Minister Anika Wells, on the plane to the Middle East with her coalition counterpart Anne Ruston to promote Australia’s co-hosting of the 2023 women’s tournament.

She hopes the trip will be an opportunity to “engage in valuable conversations on human rights reforms in Qatar,” with the minister’s release noting the country had shown “signs of progress towards advancing reform” in the build-up to the Cup.

It’s all very rose-tinted and diplomatic, but we can’t help be sceptical about whether Wells’ visit, like the Socceroos’ own admirable video protest, will do little to change the hearts of Qatar’s rulers, especially once the spectacle relegates those pesky controversies to the background.

Readers on Twitter might be familiar with ‘Dan voice’, a unique communicative style central to the often effective social media brand of Premier Daniel Andrews, and one which managed to cut through during the pandemic.

And the bin is exactly where they belong.

So, it comes as no surprise that Labor social media ‘stars’ are besting their Liberal colleagues on platforms Instagram and TikTok in the battle for Spring Street. Analysis by social media firm Sticki of Liberal and Labor candidates across key seats showed the size of the disparity.

Additionally, Labor candidates’ average engagement rate is 3.9 per cent on Instagram compared to the Liberals’ 1.8 per cent, they estimate.

Labor has more followers by a factor of 3.3, meaning that for every post that Labor makes, the Liberals need to make seven posts to be equally effective, says Tzvi Balbin, co-founder of Sticki.

Comparing the leaders, Andrews, whose social media following started growing in early 2020 during the pandemic, has 221,600 Instagram followers and 108,100 TikTok followers.

Liberal leader Matt Guy is far behind with 15,100 Instagram followers and 2,100 TikTok followers. In addition, Andrews has 399,400 more Twitter followers.

Balbin is predicting a Labor win, based on social media analytics, because of the “party’s ability to attract new followers, promote engaging messages, and reach their constituents”.

Voters could see that strategy on Sunday when, less than two hours after Guy’s press conference, an attack ad likening him to former prime minister Scott Morrison hit Twitter with grabs from the presser.

On the social media poll, Labor is definitely ahead.