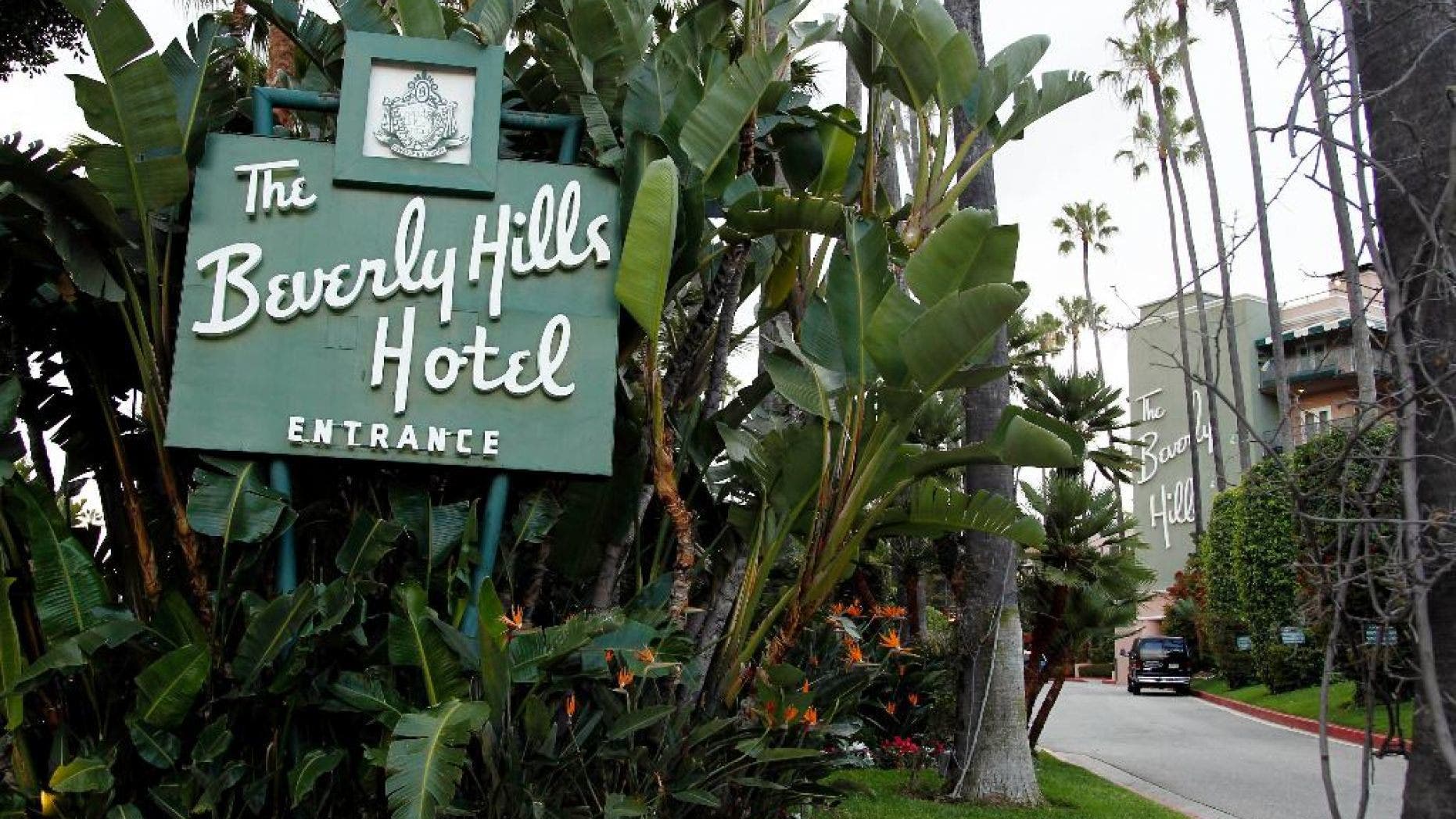 The Beverly Hills Hotel and the Hotel Bel-Air are part of the Dorchester Collection, owned by a wing of the Brunei government referred to as the Brunei Investment Agency. They owned nine high-end hotels worldwide.
(AP)

It has been almost five years since the infamous celebrity boycott of the storied Beverly Hills Hotel came and went, after it was revealed that its owner – the Sultan of Brunei – had decided to implement a harsh interpretation of the Islamic Penal Code known as Sharia Law.

But the much-hyped boycott calling for the hotel to divest ownership eventually died down with a whimper, nothing changed, and the glitterati returned to their favorited luxury location.

However rumblings of discontent have resurfaced this week after George Clooney penned an article calling for a renewed boycott given that the harsh penalties are expected to be enforced in the small, oil-rich Brunei on April 3.

“Brunei will begin stoning and whipping to death any of its citizens that are proved to be gay. Let that sink in,” the Oscar winner, who is married to prominent human rights attorney Amal Alamuddin-Clooney, wrote in Deadline. “Every single time we stay or take meetings at or dine at any of these nine hotels we are putting money directly into the pockets of men who choose to stone and whip to death their own citizens for being gay or accused of adultery.”

Clooney himself admitted that he “hadn’t done (his) homework” and has recently stayed at many of the Brunei-retained hotels.

The Beverly Hills Hotel and the Hotel Bel-Air are part of the Dorchester Collection, owned by a wing of the Brunei government referred to as the Brunei Investment Agency. They owned nine high-end hotels worldwide. The Sultan himself has an estimated net worth of $20billion.

“Dorchester Collection’s Code emphasizes equality, respect, and integrity in all areas of our operation, and strongly values people and cultural diversity amongst our guests and employees,” a representative for the hotel told Fox News on Friday. “Inclusion and diversity remain core beliefs as we do not tolerate any form of discrimination.”

But according to a source closely connected to the hotel, the staff who rely largely on tips are deeply concerned the renewed boycott will hamper their livelihoods. Many are expecting an LGBTQ and celebrity-led picket line to emerge as early as Friday, and all are bracing for a renewal of turmoil.

“All the first boycott did was cause a lot of stress, the Sultan came in and paid for the loss of wages from all the canceled events and celebrity boycott so it didn’t hurt them,” said a hotel source, pointing out that they don’t know if the same approach will happen again. “And nothing changed. Eventually, Hollywood just came back after causing all that drama.” 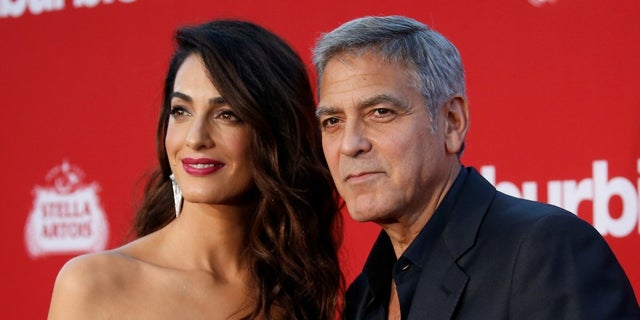 Tensions first flared in May 2014 six months after news emerged that the small oil-rich nation had brought about Sharia Law and was set to put punishments such as flogging and dismemberment on the books as punishment for those convicted of being gay. It was widely reported at the time that “perpetrators” of the crime of being gay would also be subject to death by stoning, but it was never enforced – with next week now being the expected introduction.

At the time, a number of prominent Hollywood figures – from Ellen DeGeneres and Jay Leno, to Elton John, Richard Branson and Sharon Osbourne took to Twitter to denounce the hotel and boycotts raged. However, a source close to the hotel highlighted to Fox News that it wasn’t exactly a straight-forward protest with human rights at heart.

The local hospitality union, UNITE HERE Local 11, had sought to unionize the hotel since the early 90’s when it was re-opened and acquired by the Sultan.

The Union had tried to draw attention to the controversial ownership for years but gained no traction, and it wasn’t until an affiliated researcher dug around and learned about the Sharia Law announcement – some six months after the fact. Celebrities subsequently got involved at that point and things took off.

Yet many were also quick to point out what they considered to be Hollywood hypocrisy among the chief protestors. 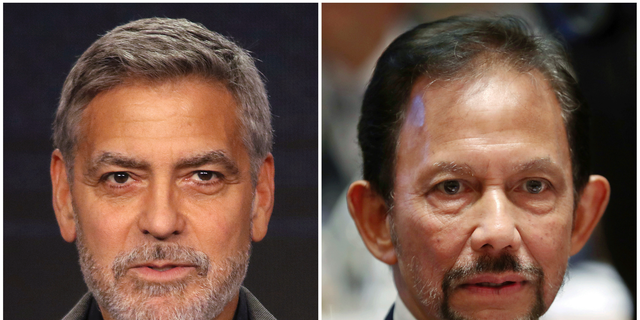 Clooney is calling for the boycott of nine hotels in the U.S. and Europe with ties to Sultan Bolkiah (right), whose country will implement Islamic criminal laws in April 2019 to punish gay sex by stoning offenders to death.
(AP)

Scores of individuals and companies championing the initial boycott were also exposed for being in business with a bevy of other countries that practice Sharia Law with their film productions and tech interests.

“Some of the chief protestors pretended to boycott but were having their assistant’s come in to pick up their salads every day,” the hotel source said. “It was ridiculous.”

Despite the initial firestorm that the 2014 boycott sparked, it was widely deemed among Hollywood circles that the strike had fizzled out. The entertainment industry’s leading agencies, from CAA and WME, which had also warned its agents and talent that they were not to visit the iconic hotels appeared to have lost interest.

Even DreamWorks CEO Jeffrey Katzenberg, one of the boycott’s most outspoken, quietly returned in January 2017 to attend Kirk Douglas’s 100th birthday lunch.

Even the Beverly Hills Council got involved and tried to force the hotel to sell. Only nothing happened, and it eventually became business-as-usual. Yet City Manager Mahdi Alurzi insisted that they remain “opposed to discrimination and committed to the rigorous enforcement of anti-discrimination laws and policies.”

But whether Clooney’s latest call will have a long-term impact, is yet to be determined.

“Clooney has good intentions, but so did Ellen DeGeneres who boycotted the hotels back in 2014. At the end of the day, the issue is still the same as it was 5 years ago, and I think it’s more likely that it will follow the same pattern as it did before,” added Ronn Torossian, crisis management expert, and CEO of 5WPR. “People will find something else to be outraged about.”