The Biden administration announced Tuesday that it will work to close gaps in the physical barriers along the southwest border and fix environmental and other issues with the Trump-era wall construction amid growing concerns about the federal government’s ability to handle high levels of unauthorized migration.

Officials said the latest work, authorized by Homeland Security Secretary Alejandro Mayorkas, will focus on Arizona, California and Texas and is aimed at addressing safety and environmental concerns brought on by the building of new or upgraded barriers along the border with Mexico.

Installing drainage systems, adding safety features to roadways and remediating some construction sites will take place in various areas between San Diego and El Paso, Texas. The work will also include closing gaps between incomplete sections of barrier and finishing access gates used by Border Patrol.

Over the past year, the Biden administration has worked to address a series of environmental concerns and has shored up faulty and incomplete work at border sites across California and Texas. 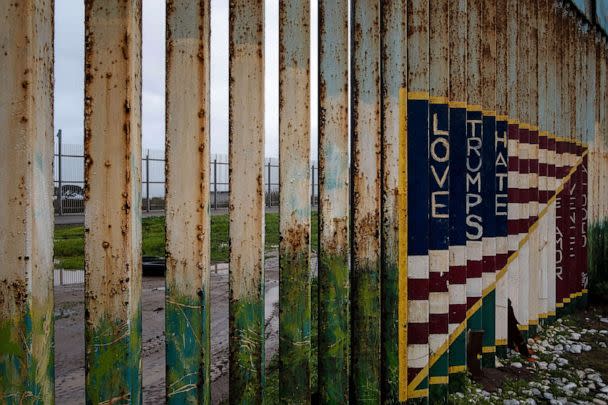 “Prior to work, the Department of Homeland Security will work closely with stakeholders, including impacted landowners, tribal, state, and local elected officials, and federal agencies to seek input and help on prioritizing potential remediation activities within each Sector,” the department said in a statement.

While many of former President Donald Trump’s promises about a U.S.-Mexico border wall never materialized — including that the Mexican government would cover the cost — Border Patrol agents across the southwest have stressed the importance of physical infrastructure to aid in controlling unauthorized migration. 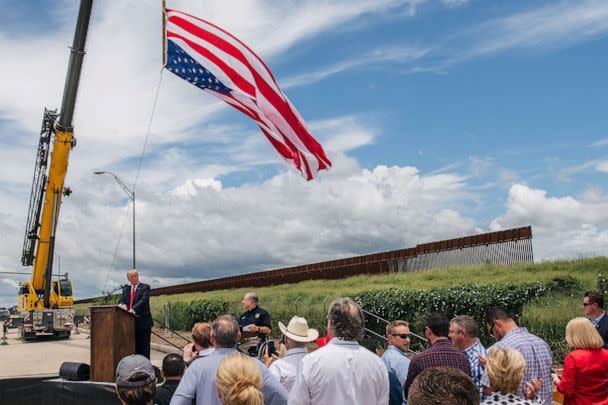 The rate of migration across the southern border into Texas has recently spiked again with the looming end of a pandemic-era restriction first implemented under Trump known as Title 42.

Local and federal officials have repeatedly expressed concerns in interviews with ABC News that the end of Title 42 — which allowed the removal of asylum-seekers in light of concerns over COVID-19, drawing outcry from advocates — could make it more difficult to handle waves of unauthorized migration. U.S. Customs and Border Protection sent personnel and resources to the El Paso area to handle the illegal crossings over the weekend.

Border Patrol in El Paso said they are stopping migrants around 2,400 times a day on average, compared to roughly 1,700 a day in prior months.

As president, Trump vowed to construct an expansive southern border wall — but repeatedly ran into legal, logistic and legislative obstacles. By the end of his term, administration officials said hundreds of miles of barriers were built, though the vast majority of those were upgrades of existing structure. For example, sections of old fencing were replaced by towering steel barriers accompanied by access roads, lighting and surveillance systems. 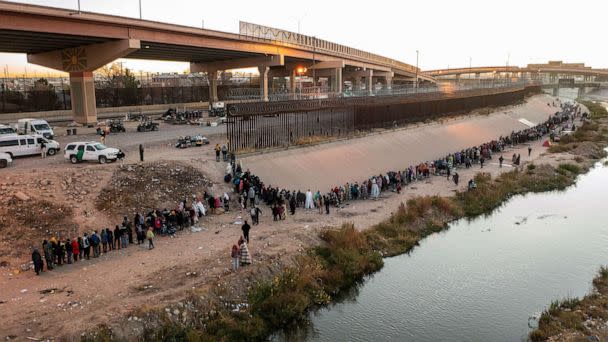 That work was largely halted and ordered reviewed at the beginning of the Biden administration, which found a variety of environmental threats and safety risks. Some barrier sections started during the Trump-era caused irreparable environmental damage and threatened cultural landmarks, Biden officials said.

In 2020, construction crews working on the border conducted a series of detonations along a stretch of land in southern Arizona considered sacred by the local indigenous tribe.

Some construction sites including an unfinished section of what Trump called his “border wall” in Del Rio, Texas, have sat mostly abandoned since early 2021 while the Biden administration conducted its review. 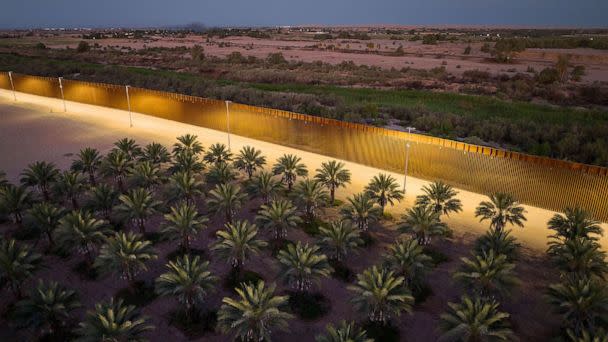 “CBP intends to prioritize remediation projects needed to address life and safety issues – including the protection of individuals, [Border Patrol] Agents, and nearby communities from potential harm – and avert environmental damage or degradation,” the Department of Homeland Security said in its statement.