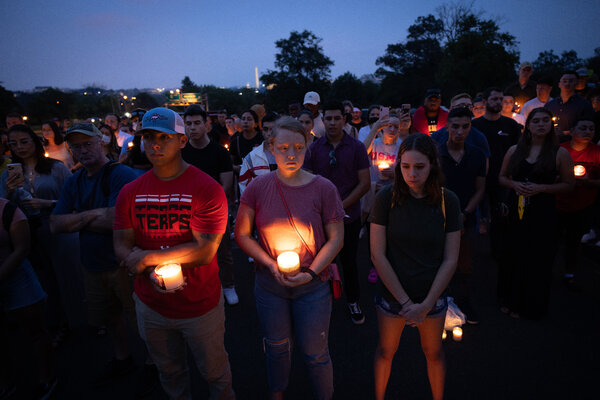 JOINT BASE ANDREWS — President Biden was set to fly to Dover Air Force Base in Delaware on Sunday morning to join the families of the 13 members of the U.S. military who were killed in a bombing last week in Afghanistan.

The service members include 11 Marines, a Navy medic and a member of the Army. They were killed at the airport in Kabul by a bomber from the Islamic State Khorasan group as they attempted to help people escape Afghanistan before American troops complete their withdrawal from the country.

The president will attend the transfer of the service members’ bodies back to American soil.

The White House did not announce the trip in advance. It is the first time Mr. Biden has witnessed the return of service members killed in the line of duty since assuming the presidency. The men and women killed in the Kabul attack were the first American service members killed by hostile forces since March 2020. Mr. Biden witnessed a transfer as vice president in 2016.

“The 13 service members that we lost were heroes who made the ultimate sacrifice in service of our highest American ideals and while saving the lives of others,” Mr. Biden said in a written statement released on Saturday. “Their bravery and selflessness has enabled more than 117,000 people at risk to reach safety thus far.”