The president laughed off the mistake as he gave a coronavirus update on Wednesday and announced a paid leave tax credit for Americans getting the Covid-19 vaccine. 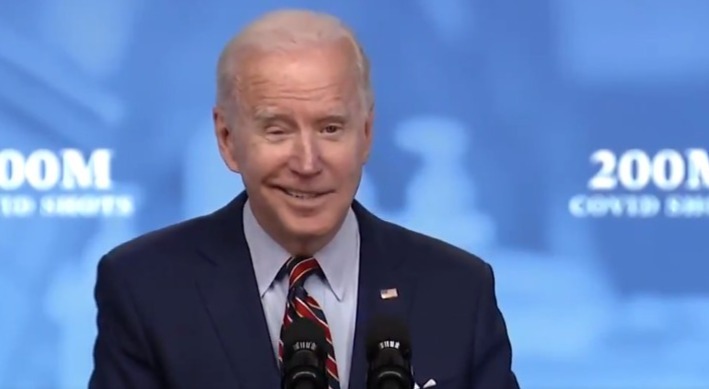 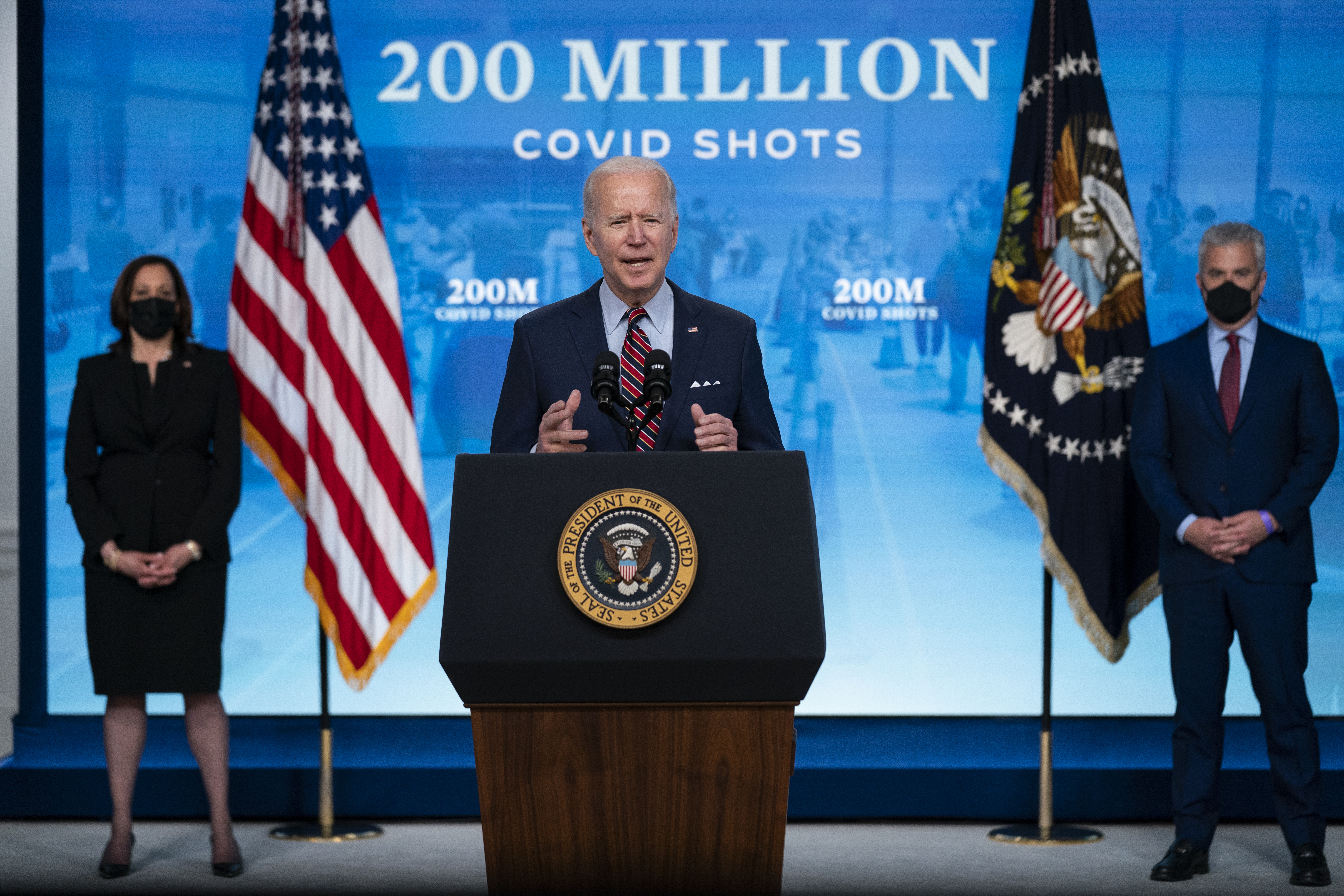 The faux pax comes after the 78-year-old leader – who has opened up about overcoming his speech impediment – recently referred to the Bureau of Alcohol, Tobacco, Firearms and Explosives as the "AFT" instead of the ATF.

Additioanlly, during a press conference back in March, Biden appeared to mumble incoherently as he gathered his thoughts while being grilled about the filibuster.

Gaffes aside, Biden today confirmed a tax credit to offset the cost for employers with fewer than 500 employees who can fund it "without a hit to their bottom line," as a result of hisAmerican Rescue Plan.

It will provide workers with full pay while they're getting the vaccine or recovering afterwards while shots will be available at nearly 40,000 pharmacies "coast to coast."

"It's free and it's increasingly available," he said, noting that some people can't afford to take the time off. 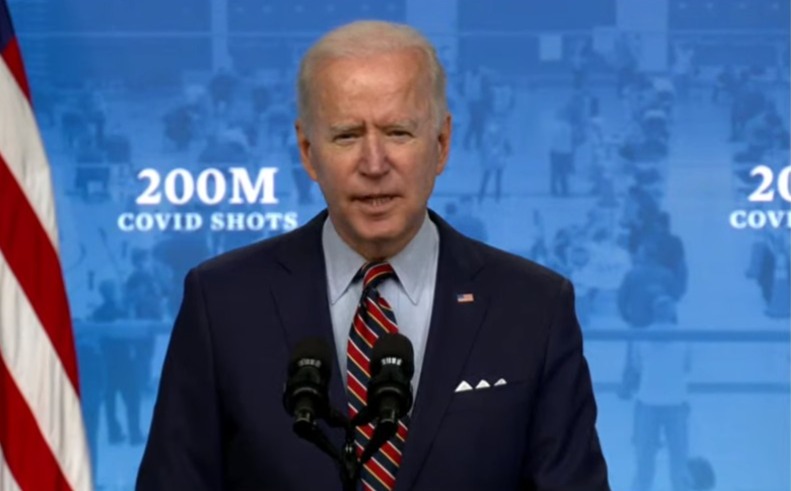 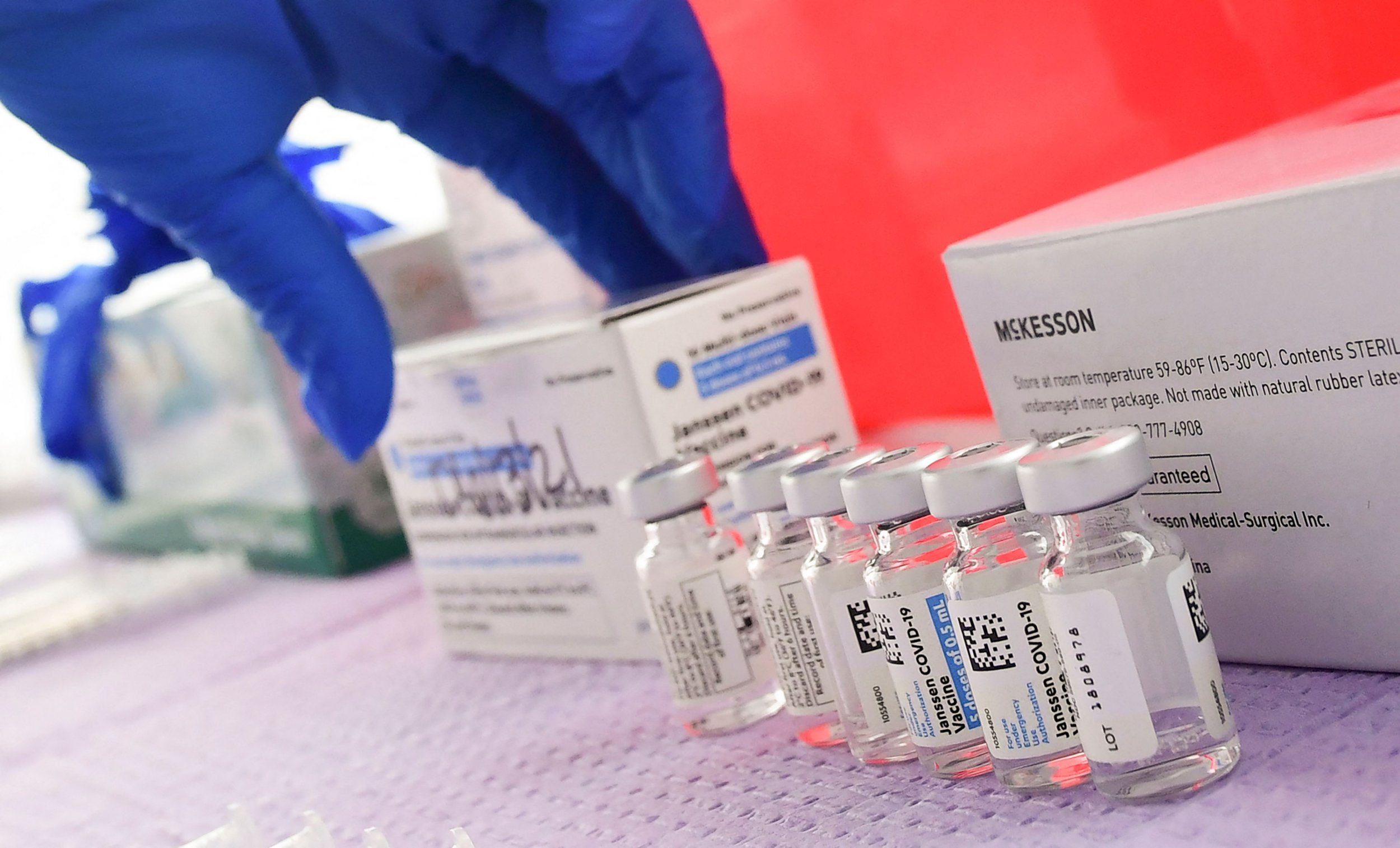 "I'm calling on every employer large and small in every state to give employees any time they need…if they're feeling under the weather."

Biden went on to say that "no working American should lose a single dollar from their paycheck because they did their patriotic duty" and pointed out that 80percent of seniors had the jab already.

Small businesses on the tax credit is available on the IRS website.

Although only 43percent of American adults are vaccinated, Biden revealed that the White House would met its goal of 200million shots by Thursday.

"When tomorrow's vaccination numbers come out, it will show that today we did it. Today we hit 200 million shots," he said.

"This is an American achievement, a powerful demonstration of unity and resolve," Biden added, noting that it is a "reminder of what we can accomplish when we pull together." 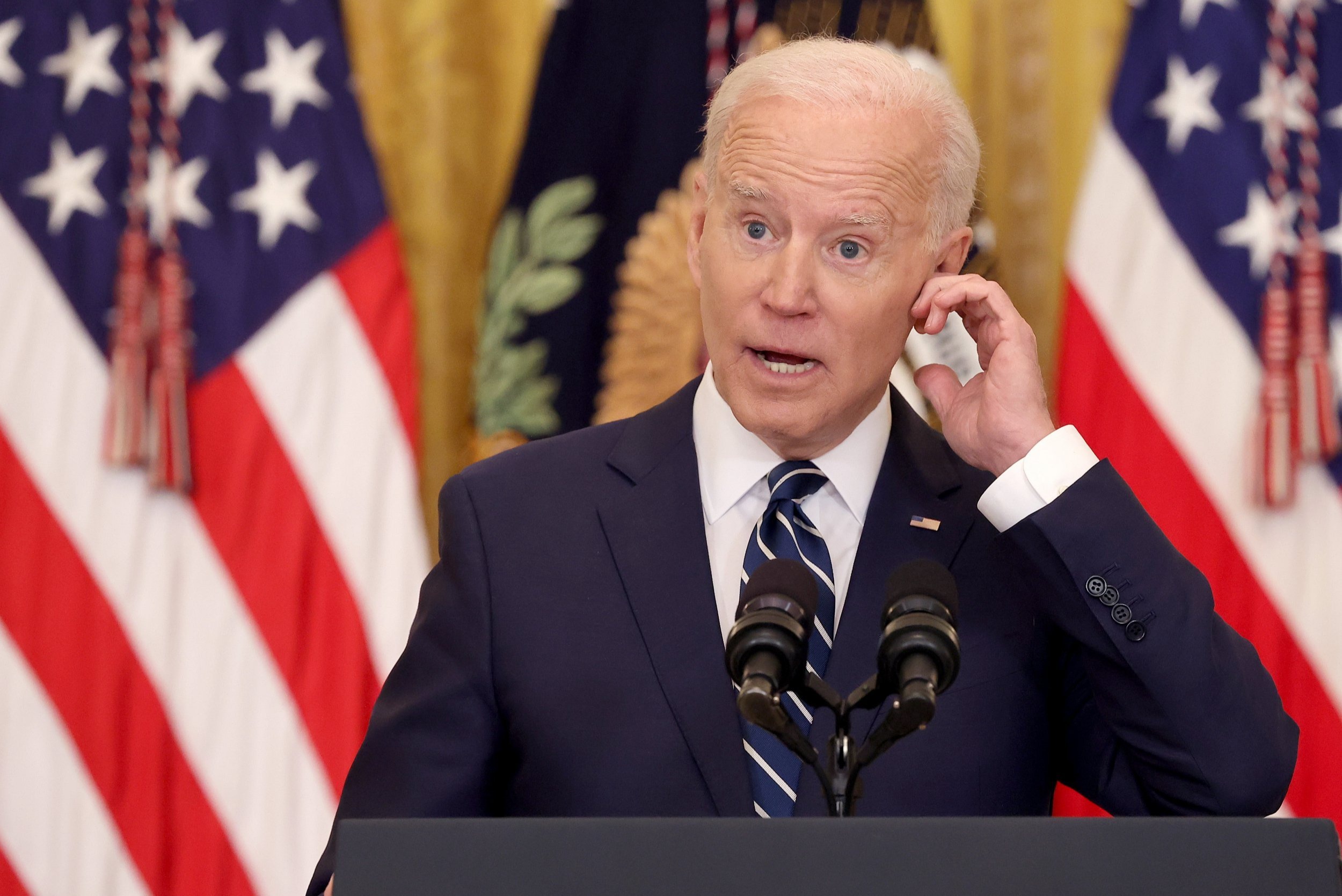 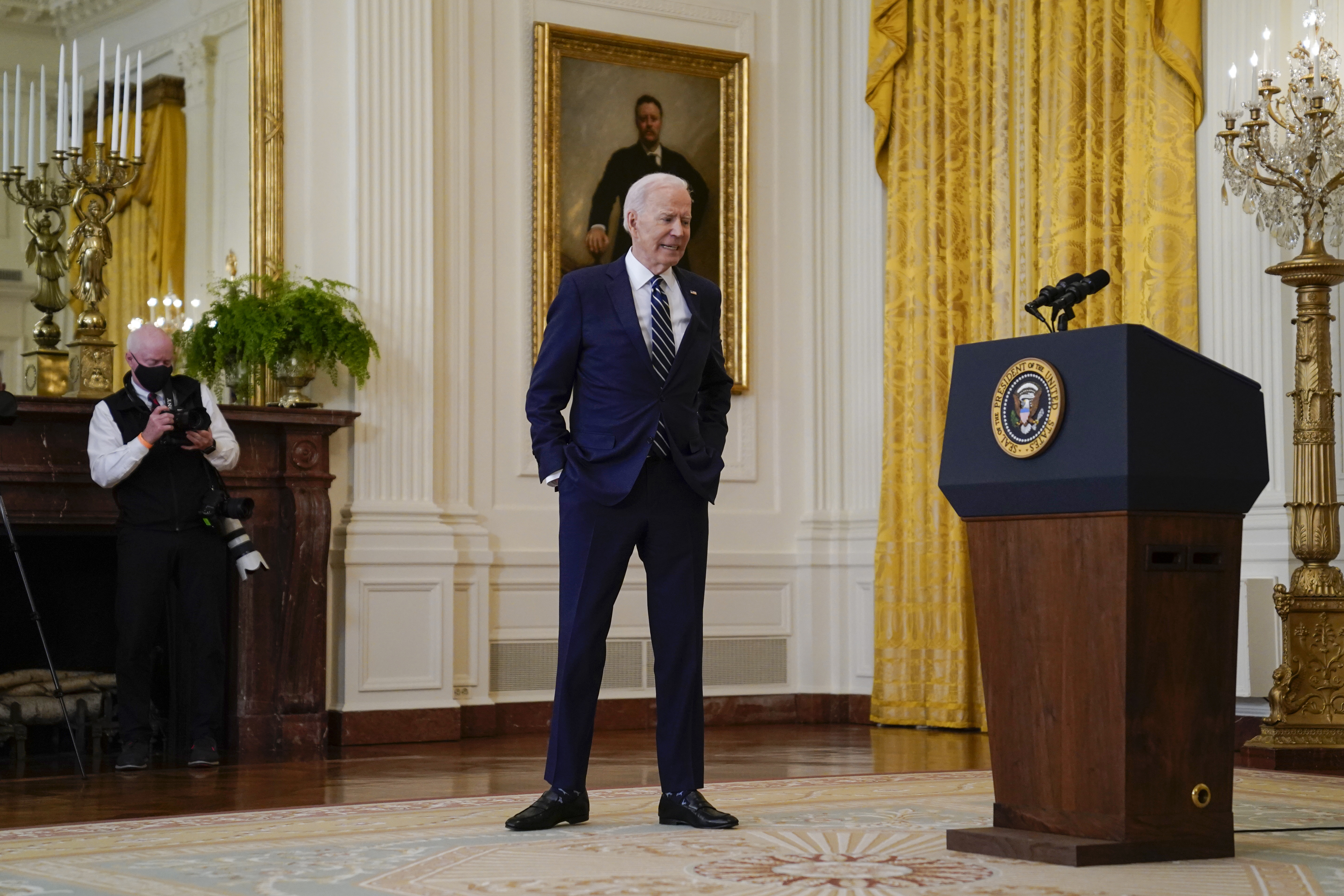 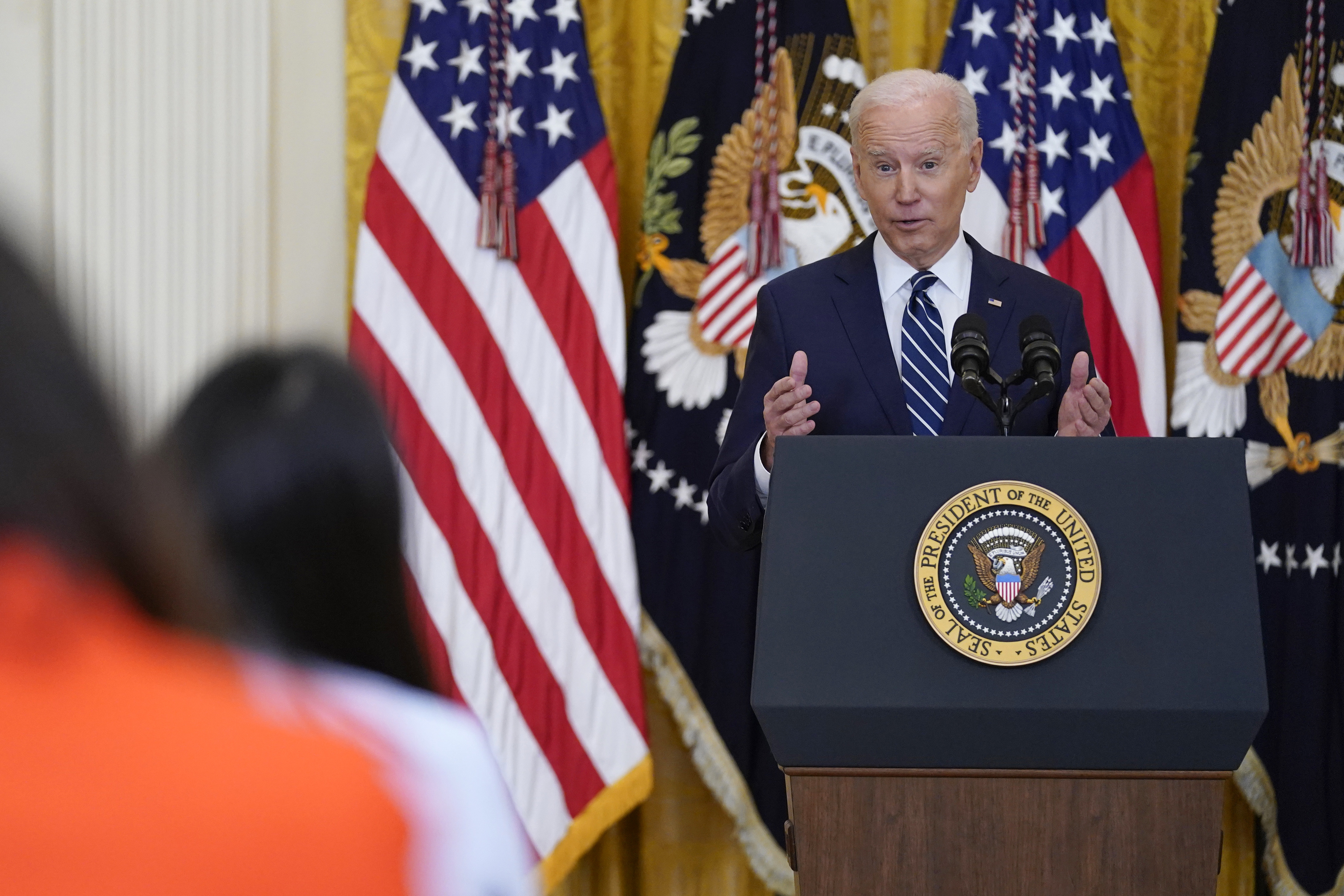 However, Biden warned people to remain vigilent about the virus and to continue wearing a face covering during the vaccine rollout.

"We all need to mask up until the number of cases goes down, until everyone has a chance to get their shot."

During the press briefing, Biden said he just had a call with Canadian Prime Minister Trudeau, who has struggled to administer vaccines and vowed to share doses with the USA's neighbor.

"We don't have enough to be confident to send it abroad now," he explained after the US reportedly "loaned" 1.5 million AstraZeneca doses to Canada and 2.7 million to Mexico. "But I expect we're going to be able to do that.

"We're looking at what is going to be done with some of the vaccines that we are not using.

"We've got to make sure they are safe to be sent and we hope to be able to be of some help and value to some countries around the world."

Ahead of the conference, Biden said his "Administration is working around the clock to get America vaccinated as quickly as possible."