Bill and Hillary Clinton wish Donald Trump and Melania ‘speedy recovery’ and wish for ‘the safety of the White House staff, the Secret Service, and others putting their lives on the line’

Bill and Hillary Clinton have wished President Donald Trump and First Lady Melania a ‘speedy recovery’ after they were diagnosed with COVID-19 and the president was hospitalized.

The former president and his wife, Trump’s 2016 opponent in the presidential race, tweeted out separate but identical statements on Friday night, after Trump was airlifted to Walter Reed National Military Medical Center.

‘We wish the President and First Lady a speedy recovery, and hope for the safety of the White House staff, the Secret Service, and others putting their lives on the line,’ their statements said.

‘This pandemic has affected so many. We must continue to protect ourselves, our families, and communities,’ they added. 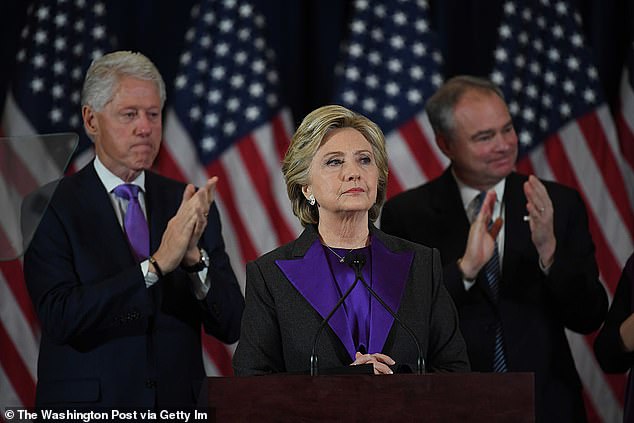 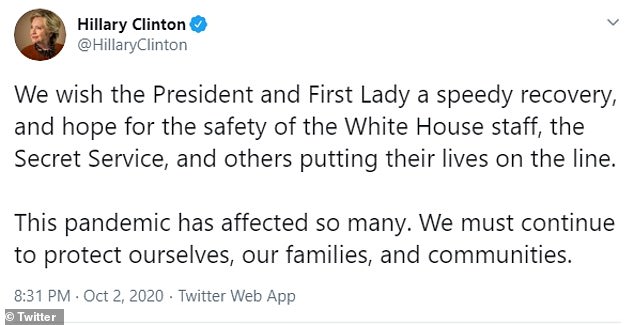 The White House said that Trump was moving to Walter Reed purely as a precautionary measure and would remain there for monitoring for several days.

However, White House officials are reportedly concerned about his condition. An unnamed official told CNN that he was experiencing difficulty breathing.

Obama said on Friday that even during ‘big political battles’ it’s important to remember that ‘we’re all Americans, and we’re all human beings.’

He spoke during a virtual fundraiser with Democratic vice presidential nominee Kamala Harris.

Obama says he and his wife, Michelle Obama, hope for a speedy recovery for the Trumps and anyone who has been affected by coronavirus around the country. 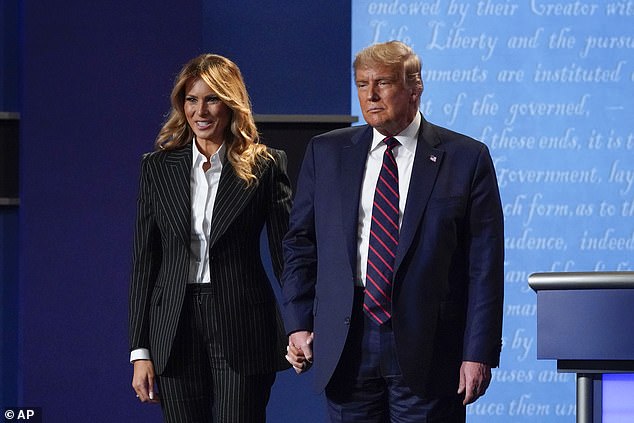 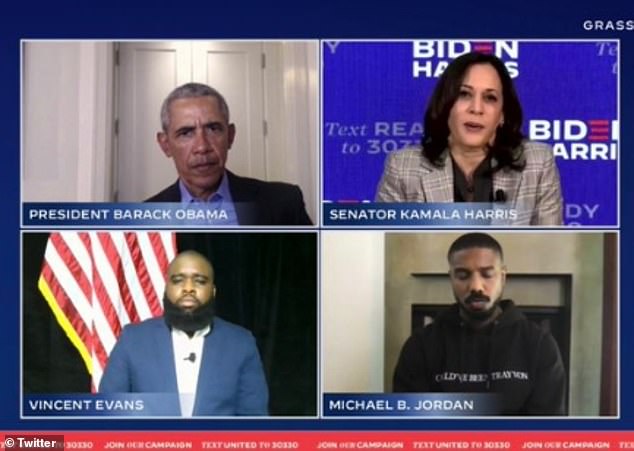 ‘Although we’re in the midst of a big political fight, and we take that very seriously, we also want to extend our best wishes to the president of the United States, the first Lady.

‘Michelle and I are hopeful that they and others that have been affected by COVID-19 around the country are getting the care that they need, that they are going to be on the path to a speedy recovery, and it’s important I think for all of us to remember that even when we’re in the midst of big political battles with issues that have a lot at stake, that we’re all Americans and we’re all human beings, and we want to make sure everybody is healthy.

‘Michelle and I want to make sure we acknowledge the president and the first lady at this difficult time.’ 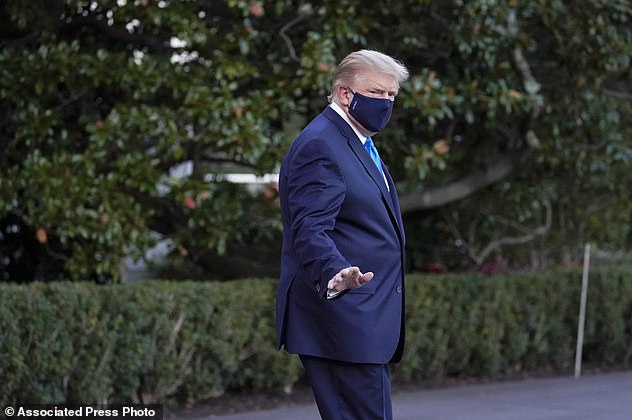 The only other living former presidents, Jimmy Carter and George W. Bush, have not yet issued public statements on Trump’s diagnosis, which comes 30 days before the presidential election and has thrown the top levels of government into chaos.

For his part, Trump’s Democrat presidential challenger Joe Biden said that Trump’s coronavirus diagnosis shows the importance of taking the pandemic seriously, telling Americans that wearing masks is more important than being a “tough guy.”

Biden’s remarks as he campaigned in the battleground state of Michigan hours after testing negative twice for the virus, served as an implicit criticism of the Republican president.

Trump has played down the deadliness of the virus for months, frequently eschews masks and has held campaign rallies of thousands with little social distancing.