The spoof accounts started to appear after the Microsoft co-founder, announced his divorce from Melinda Gates earlier this week. 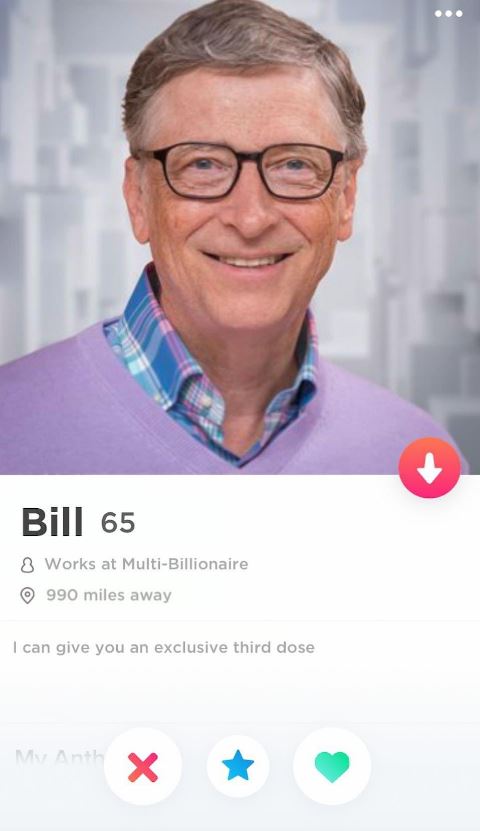 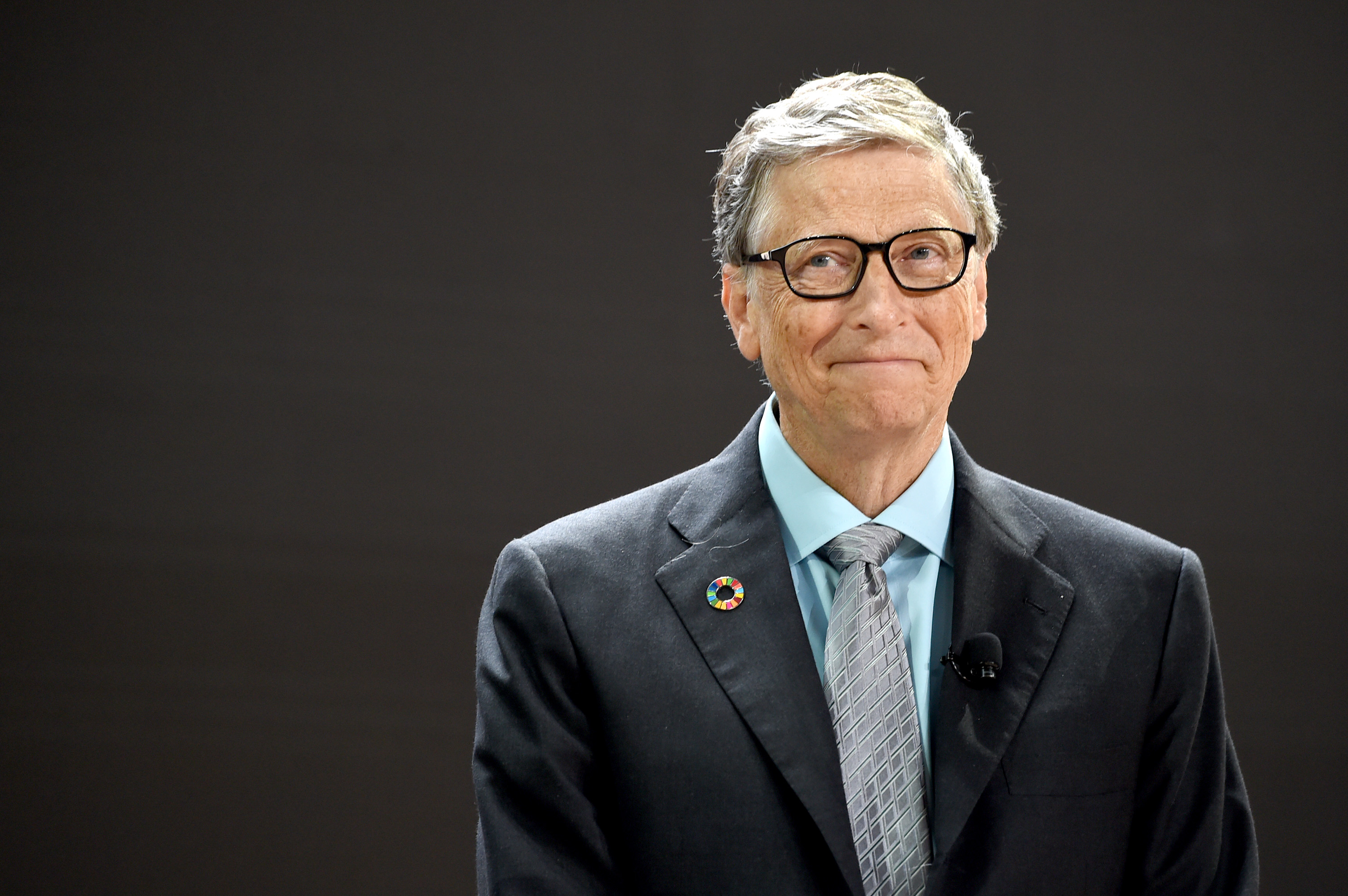 Parody profiles that started popping on Tinder list the 65-year old's job as "multi-billionaire" and the bio stating he can provide " an exclusive third dose."

One wrote: "Bill Gates signing up for Tinder it will be down in 5 minutes everyone swiping right every time they see him."

The pairannounced their divorce after 27 years of marriage in a joint statement on Monday. 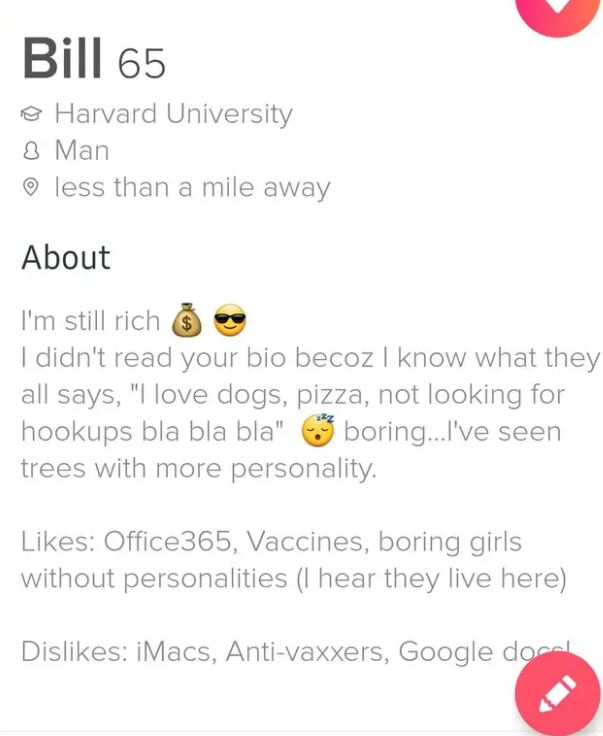 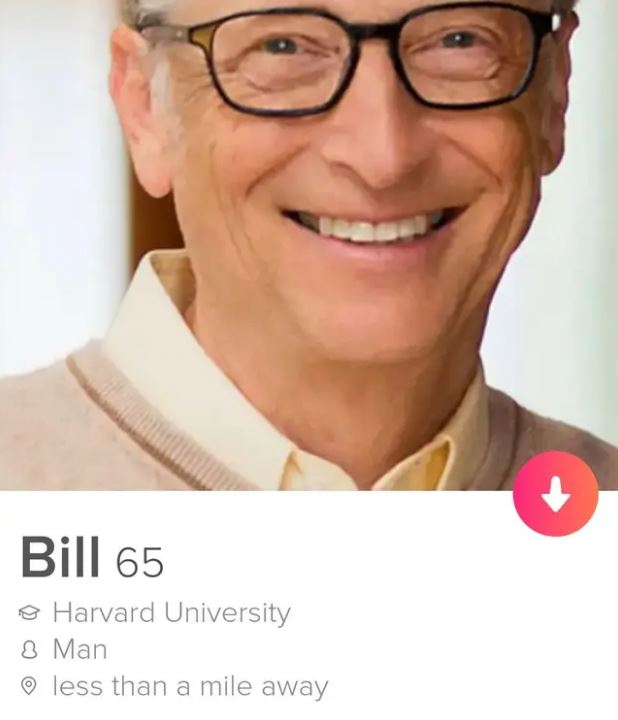 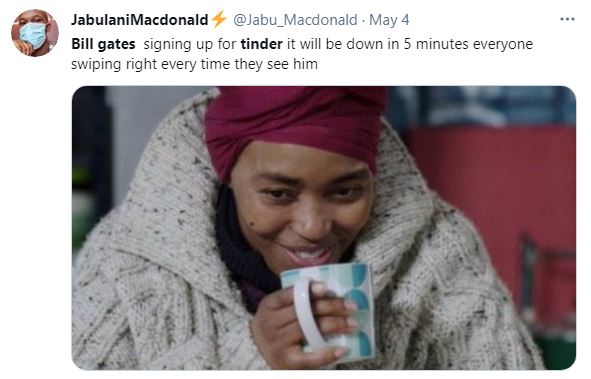 Gates shared the news in a tweet where he said they decided to "end our marriage" after a "great deal of thought and a lot of work."

He noted that they had raised "three incredible children" and worked to help people all over the world with their philanthropy work.

"We continue to share a belief in that mission and will continue our work at the foundation, but we no longer believe we can grow together as a couple in this next phase of our lives," Gates wrote.

"We ask for space and privacy for our family as we begin to navigate this new life," he concluded. Melinda tweeted an identical statement to her account.

The couple's divorce documents revealed their marriage was "irretrievably broken"and that appears to be no prenup agreement.

"The marriage is irretrievably broken," the documents say. 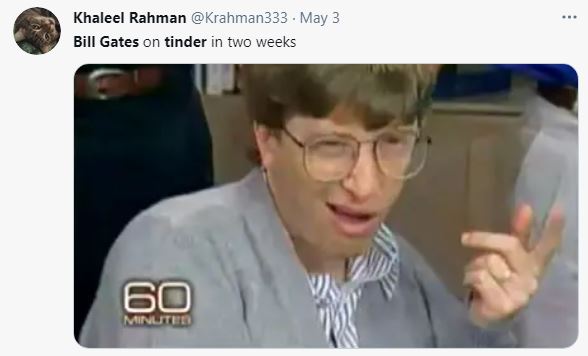 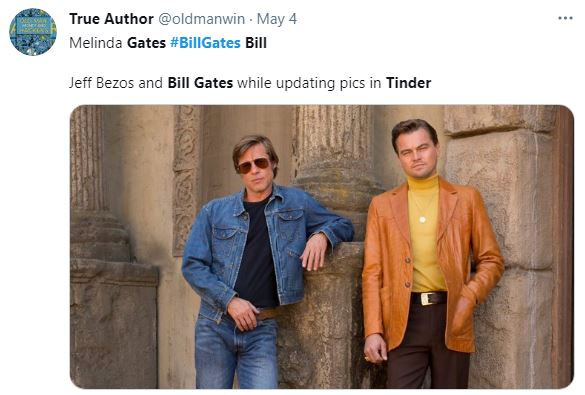 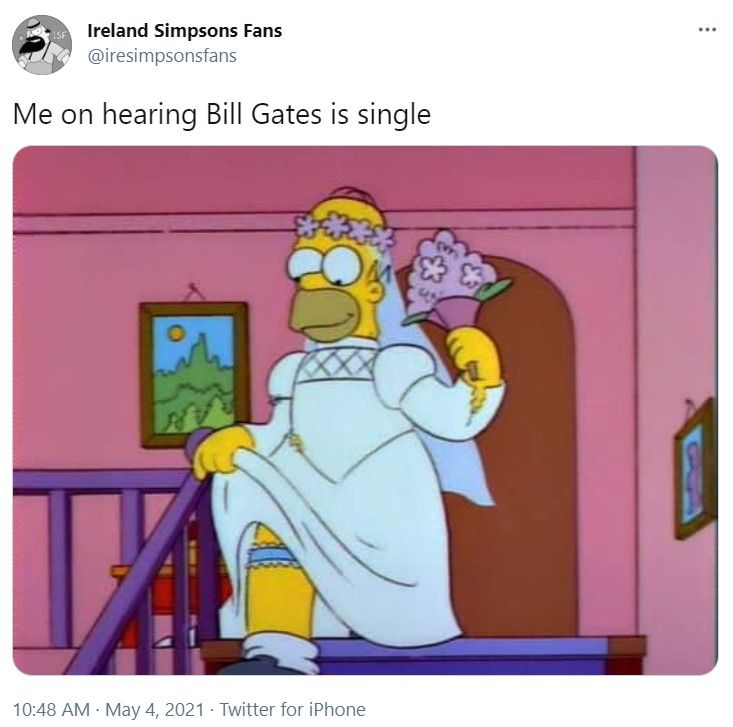 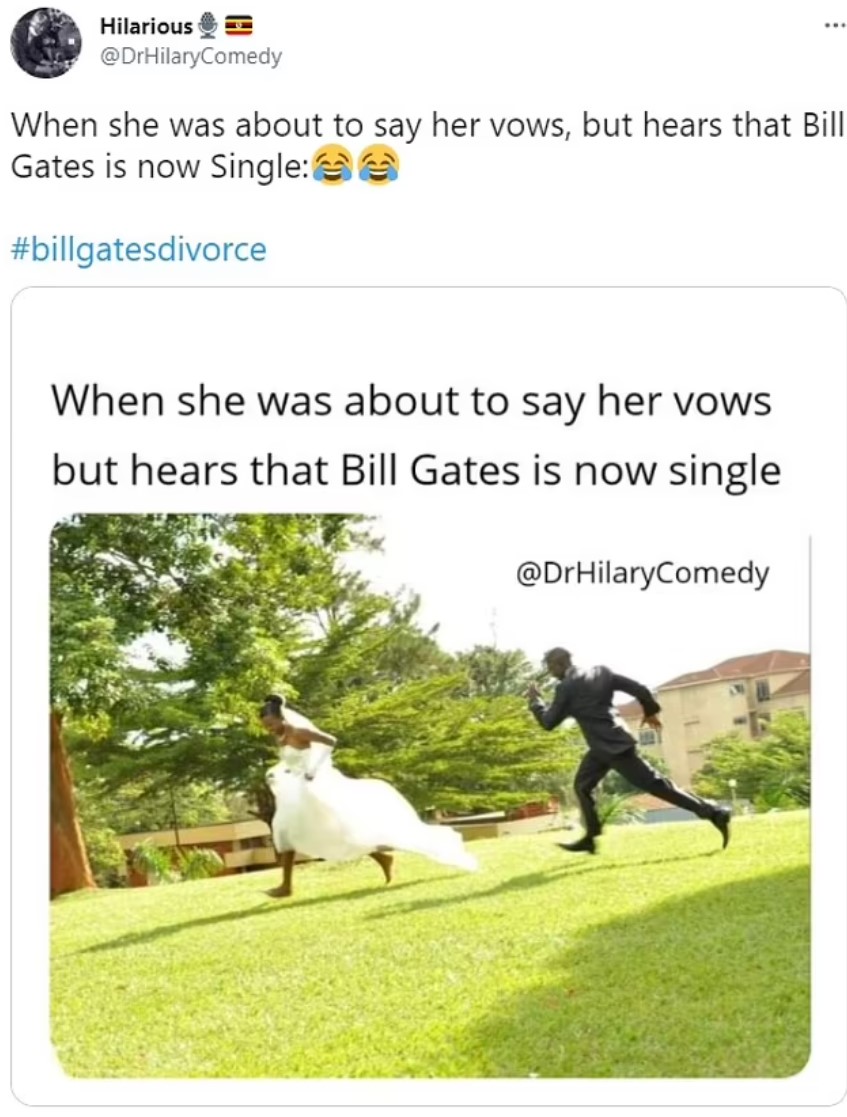 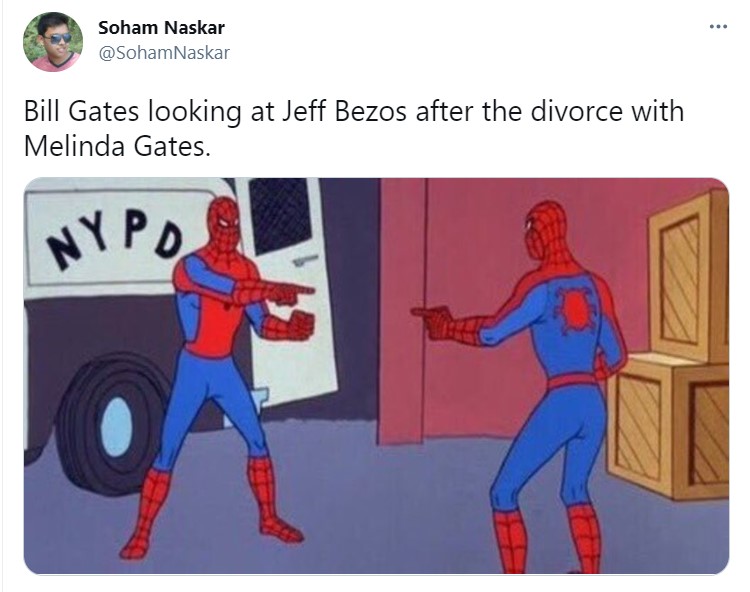 "We ask the court to dissolve our marriage and find that our marital community ended on the date stated in our separation contract."

It seemsMelinda is not asking for any spousal support from Gates who's said to be worth about $124billion.

Melinda previously admitted to The Sunday Times that being with Bill was often “incredibly hard” when they marked 25 years of marriage.

“When he was having trouble making the decision about getting married, he was incredibly clear that it was not about me, it was about ‘Can I get the balance right between work and family life?”’ she said in 2019. 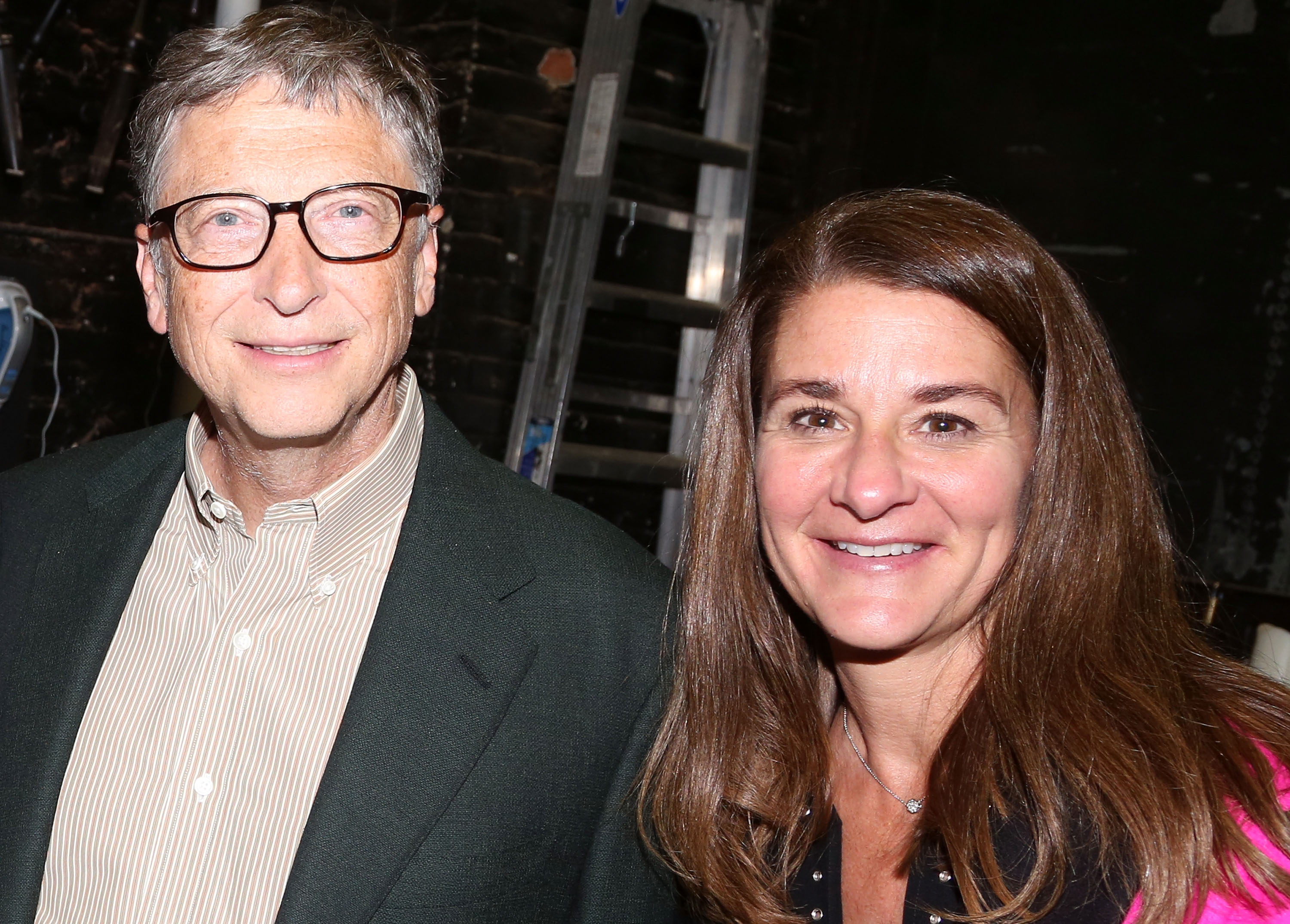 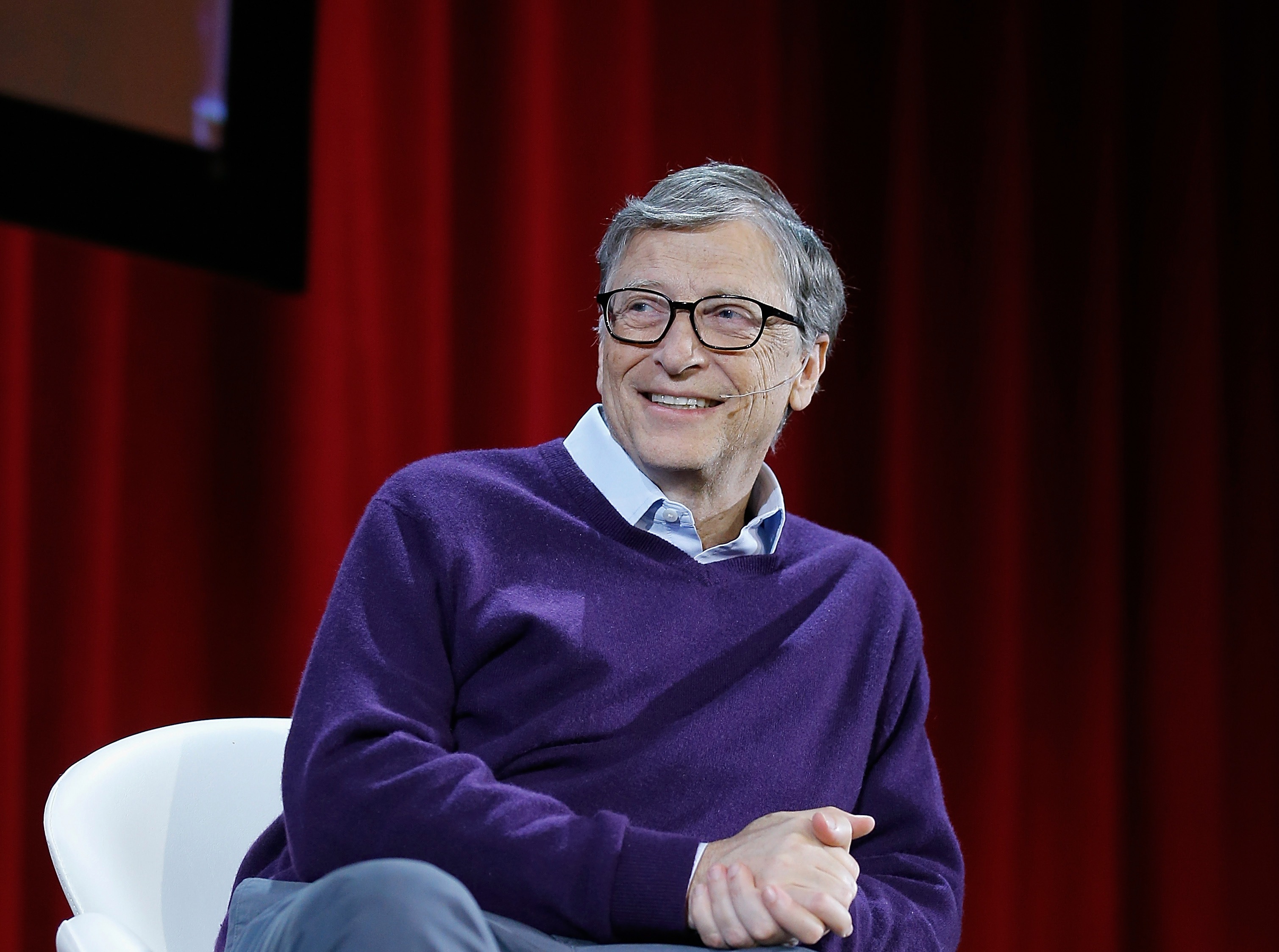 The couple's eldest daughter, Jennifer, 25, commented on the divorce in an Instagram story shortly after her parents went public.

"I’m still learning how to best support my own process and emotions as well as my family members at this time and am grateful for the space to do so," she wrote.

"I won't personally comment further on anything around the separation, but please know that your kind words and support mean the world to me."