THIS is the bizarre moment wild boars corner a woman in a supermarket car park and steal her groceries, as she is forced to throw her bags to the ground and run.

The video captures the woman backing away from four adult boars and two young ones. 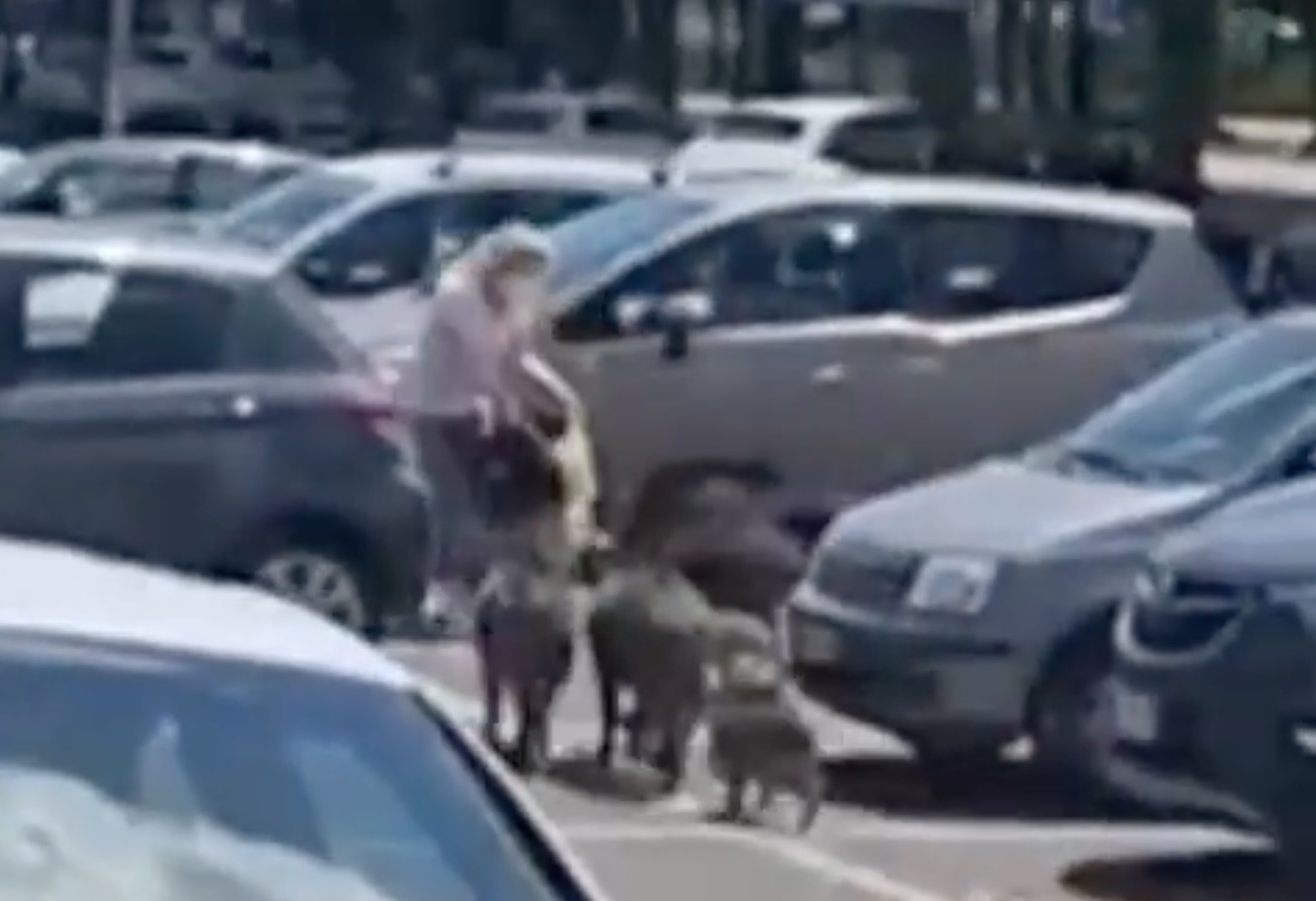 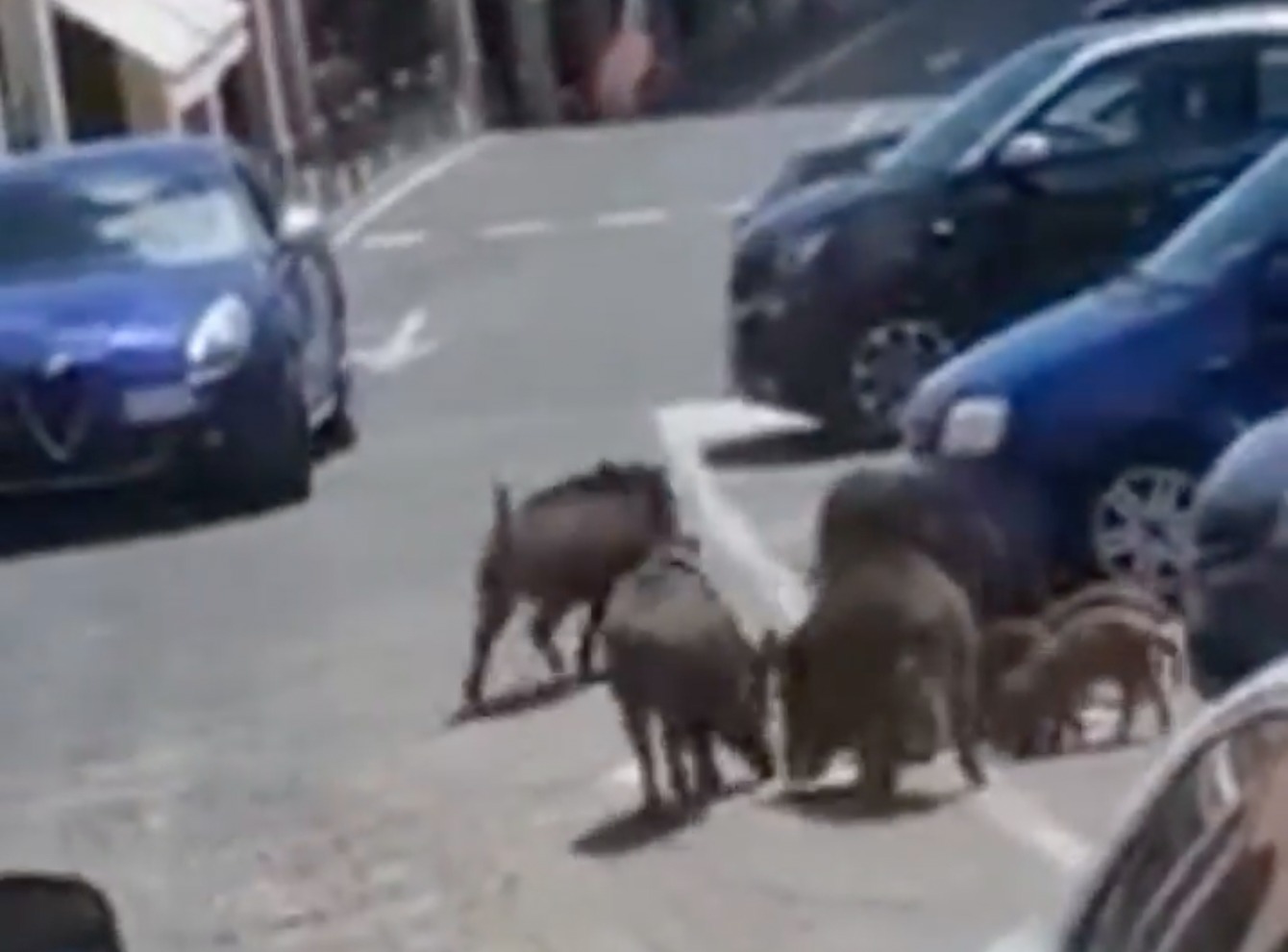 The footage was recorded in the village of Le Rughe, 30 odd kilometres from Rome, the Telegraph reports.

She can be seen shaking her grocery bags at the beasts, who seem entirely undeterred.

The six boars are so persistent in their hunt for food, that they continue to follow the woman, until she is forced to throw her bags to the ground and run in the other direction.

She stops a number of metres away, then turns around to watch the boars destroy her bags, then dash to the nearby trees, carrying whatever they can.

The number of wild boar across Italy cause problems nation-wide – it's estimated the pigs are responsible for about 1,000 road accidents per year.

Their population is thought to be in the millions, and numerous incidents in recent years have caused controversy.

In October last year, animal rights activists expressed their outrage after a sow and her six piglets were killed by police on a playground near the vatican.

Officers had run out of cages to house them, they said.

“It was a mother with her little ones — just emotionally, this is terrible,” Andrea Brutti, who is the chief official for wild fauna at Italy’s National Board for Animal Protection, told the New York Times.

There were regular reports of aggressive boars injuring and even killing Italians.