Please don’t STEAL the Charmin! Bear is seen walking off with woman’s Amazon delivery – of toilet paper – in its mouth

This is the moment a massive black bear was captured in the driveway of a Connecticut home with an Amazon package that contained toilet paper in its mouth.

Bristol homeowner Kristin Levine was shocked to discover the furry menace when she saw the surveillance footage after her package was stolen.

The 15-second video captured the bear in action as it had Levine’s package clenched between it’s teeth.

The bear – which obviously didn’t heed the famed slogan, Please Don’t Squeeze the Charmin – roamed around the driveway before taking off.

Levine shared the video on Facebook, saying: ‘Yea so if anyone sees an Amazon package in the Chippens Hill area with my name on it…feel free to bring it back?’

The package was later found in a neighbor’s yard.

‘Amazon had dropped off the packages maybe five minutes before and I got the alert on my security camera and then I got a second alert five minutes later and I was like taken aback because I wasn’t expecting anyone else in my driveway’, Levine told NBC Connecticut.

The ‘paw-ch pirate’ must have been disappointed when the package contained not honey – but a pack of scented toilet paper. 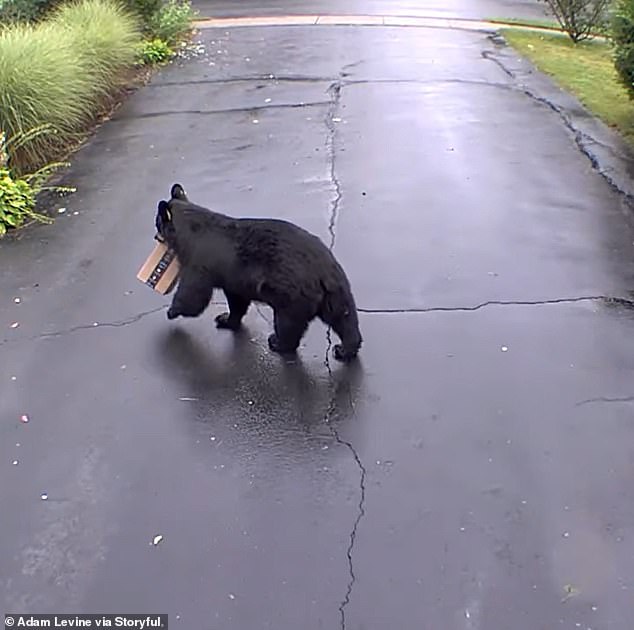 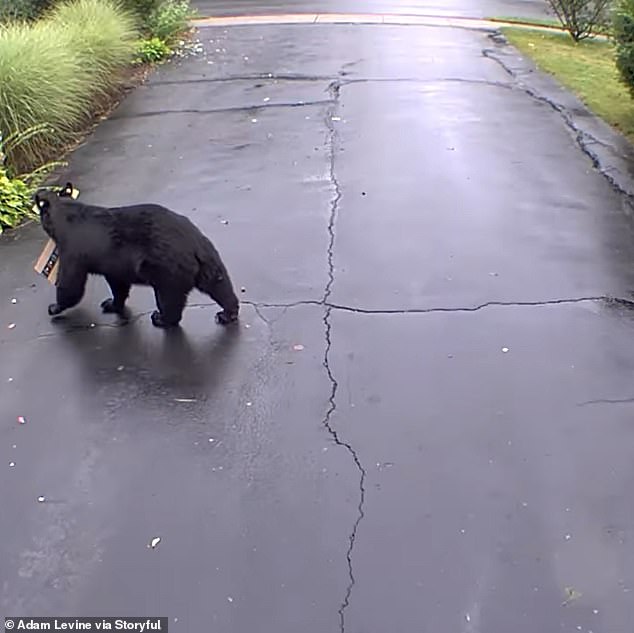 Viewers commented on Levine’s video, sharing her humor in the situation.

One viewer said: ‘Amazon is coming up with new ways to make money.

‘The driver delivers your package (and) teach the Bears how to steal it, so you have to buy another one.’

Levine’s husband, Adam, responded: ‘Omg- thankfully I was at work – my wife needs to have all you guys on speed dial when I am at work-, 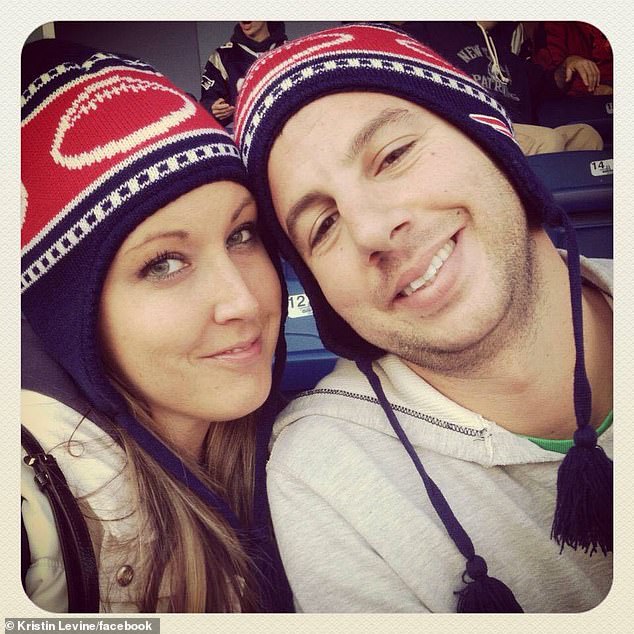 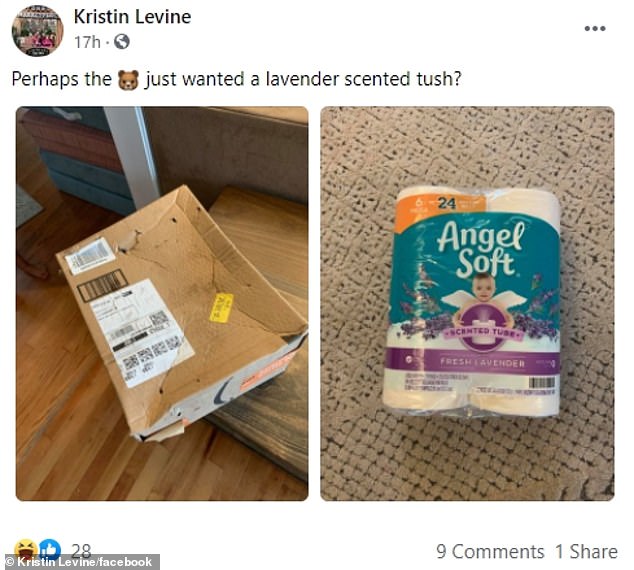 Levine revealed the package contained not honey but toilet paper

‘Although I’ve never actually had one take a package out of my garage before! And this guy was quite a big one!’

As Levine said, black bear sightings are becoming extremely common in Connecticut as the population continues to grow, according to the state’s website.

Bears are drawn to homes near their habitats and often will go searching for food within residential neighborhoods.

People are advised not to go near them, especially if they are trying to take a photo or video.