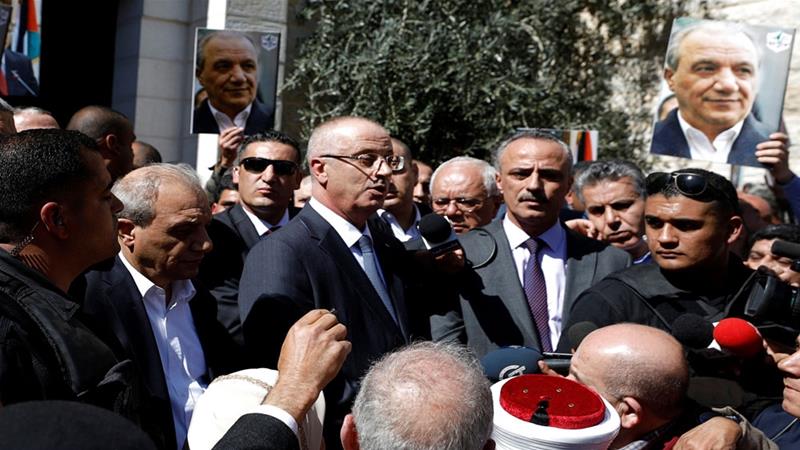 An explosion wounded several security guards of Palestinian Prime Minister Rami Hamdallah but left him unharmed during a visit to the Gaza Strip to open a public-works facility there.

The blast on Tuesday happened shortly after Hamdallah’s convoy passed through the Israeli-controlled Erez checkpoint, known to Palestinians as Beit Hanoun, in northern Gaza, an Al Jazeera correspondent at the scene reported.

Hamdallah, who heads the Palestinian Authority government based in Ramallah in the West Bank, appeared on live television following the incident at the inauguration of a wastewater-treatment plant in Hamas-run Gaza.

Shortly afterwards, he returned to Ramallah where he gave a brief address outside his office.

He said seven of his guards were wounded in the attack and they were being treated in hospitals across Ramallah.

Majed Faraj, the Palestinian Authority intelligence chief, was part of the convoy.

Fatah, the West Bank-based political party to which Palestinian President Mahmoud Abbas belongs, called the incident a “terrorist attack” and blamed it on Hamas.

“This attack is an attempt to kill all reconciliation efforts. It is a dangerous step aimed at spreading disorder and fighting among our people,” Munir al-Jaghoub, who heads Fatah’s information department at the Office of Mobilisation and Organisation, said.

Hamas and Fatah, the two main Palestinian political parties, signed a reconciliation agreement in October 2017, ending a decade of division that saw two parallel governments operating in Gaza and the West Bank, respectively.

“Here in Gaza, we take all the security precautions to welcome all the convoys and delegations and particularly the prime minister as he entered Gaza,” he said.

“Several suspects were arrested a short while ago”, and an investigation “to find out who was behind the explosion” is under way, Buzom added.

The agreement to form a unity government was signed in the Egyptian capital Cairo on October 13, but efforts to implement the deal have faced obstacles.

Mustafa Ibrahim, a Gaza-based political analyst, said there are “several sides who are benefiting from this explosion”.

“We will hear Fatah saying that some members of Hamas do not want reconciliation, and likewise, we will hear Hamas saying this could have been a fabricated attack by Fatah’s security services,” Ibrahim told Al Jazeera.

“The ones who will pay the price are the Palestinian people themselves. The Palestinian Authority may impose more punitive measures against the Gaza Strip, and it is imperative that Hamas captures those behind the attack as soon as possible.

“This explosion will have repercussions for the people in Gaza.”

Nickolay Mladenov, the UN’s special coordinator for the Middle East peace process, condemned the attack and said in a Twitter post those behind it seek to “undermine” reconciliation.

Nauert’s remarks came as the White House held a conference on the humanitarian crisis in Gaza, which has been under a land, sea, and naval blockade for more than a decade.

However, Palestinian officials were not expected to attend the conference. Earlier this week the PA rejected the White House’s invitation saying the issue in Gaza was “political par excellence”. 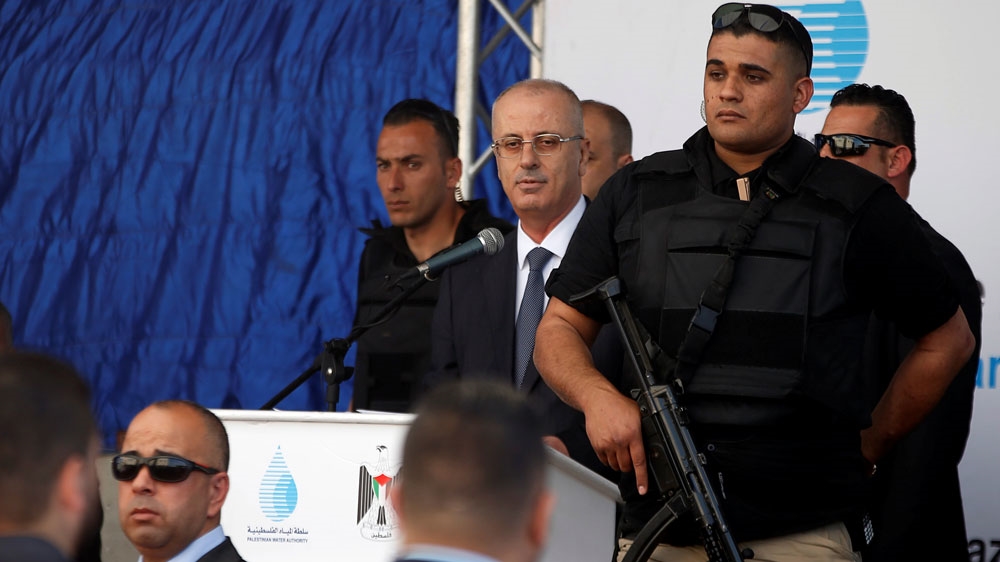