AN angry white man attacked BLM protesters blocking a busy roadway this weekend – with activists saying police did nothing to stop him.

Video shared online shows the man yelling at protesters in the street in Dallas, Texas, before approaching a cop and screaming: "Get these f*g people out of the way!" 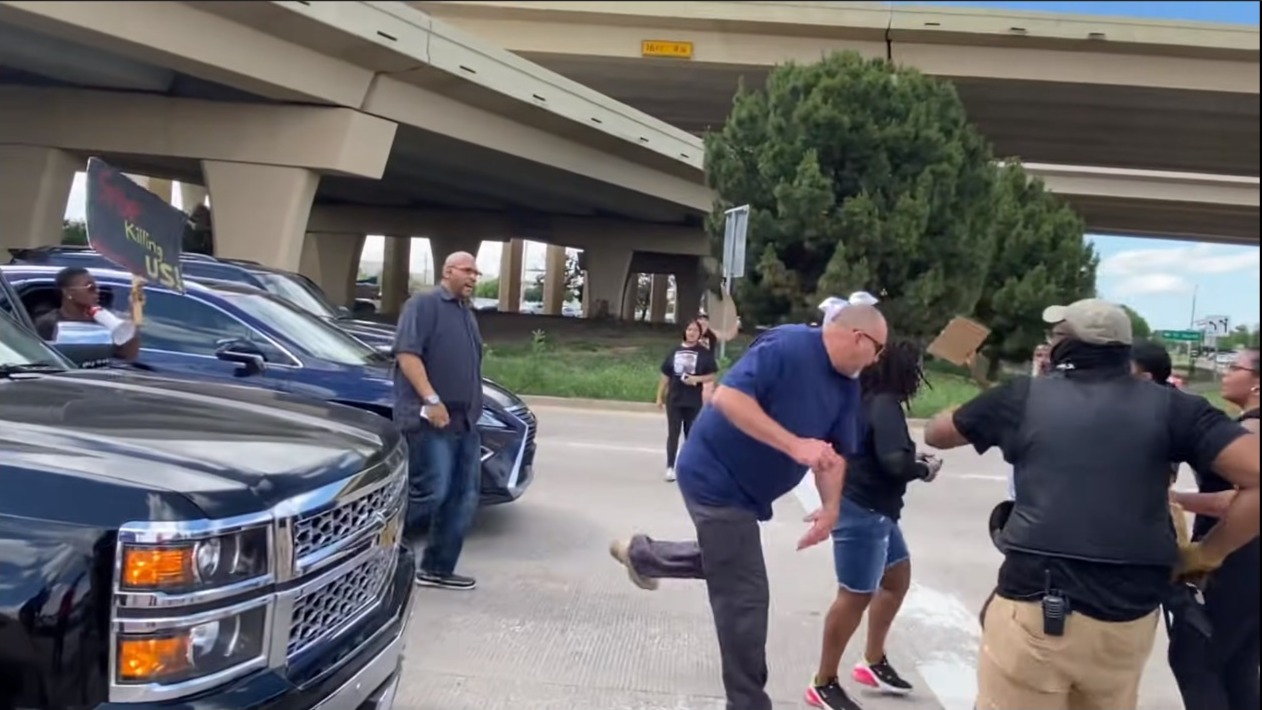 The man then turns to take a swing at a protester, before he is seen putting his hand on a legal observer – who he also threatened to punch.

Calmly, the police officer asks the man to leave the scene, to which he shouts "get them out of here" – before walking away from the scene of the altercation.

The Dallas Observer reports how the incident took place on the busy highway in the Plano district of the city after demonstrators stopped traffic while protesting the death of Marvin Scott III.

A statement on Twitter reads: "The officer witnessed this man's aggression, saw him smack a protestor's phone/hand, saw him shove another (Lee Merritt in red shirt), and is confronting him while man is cocked and ready to throw yet another punch".

A follow up post claimed the officer's hands go "did not go near his taser or weapon" at all during the incident. 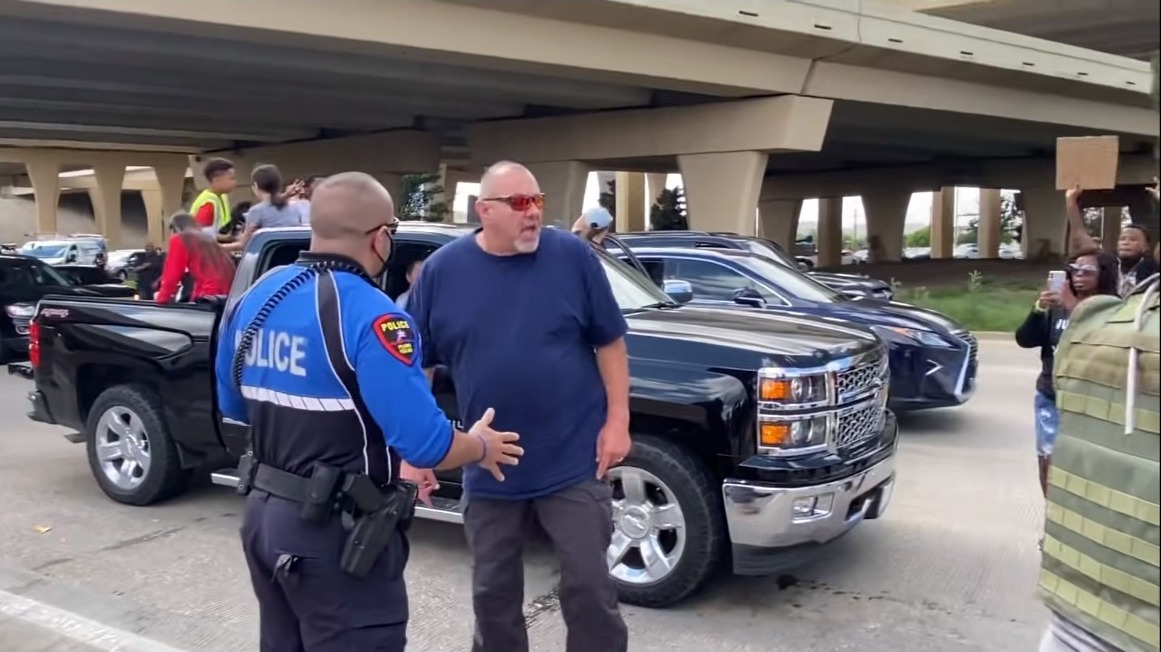 They added: "This man towered over the officer. Why wasn't he ever afraid? Why didn't he immediately feel the need to control him?"

The Collin County medical examiner recently said that Scott's death was a homicide that occurred "during restraint struggle with law enforcement."

The blocking of the highway comes as Texas legislators debate a bill addressing protests that block emergency vehicles or entrances to hospitals.

The new bill would make blocking a roadway a state jail felony.

According to the Texas Tribune, It would apply if the protester blocks passage of an emergency vehicle or the entrance to a hospital.

The bill, HB-9, passed out of the Texas House of Representatives by a vote of 90-55 and is now with the Senate for consideration.