The ruling eliminates Evo Morales from having parliamentary immunity against sedition and other charges against him. 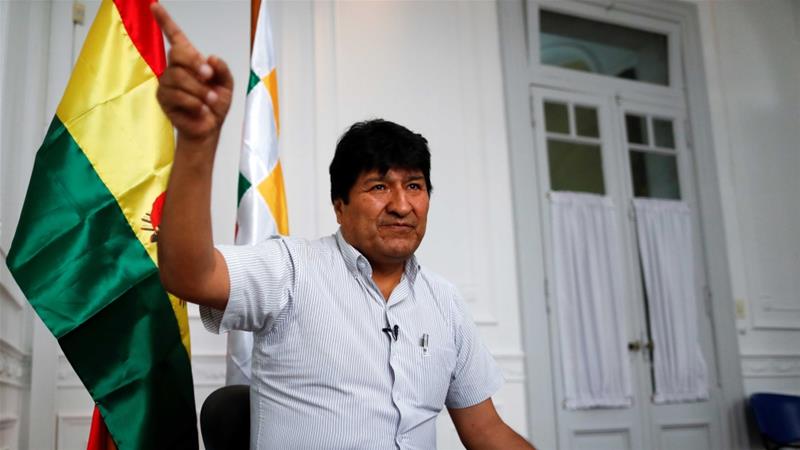 A Bolivian court has blocked deposed former President Evo Morales from seeking a seat in the Chamber of Senators in the country’s October elections, arguing that the ex-leader, living in Argentina, does not meet residency requirements.

Morales sent a tweet saying he would not appeal Monday’s decision, though he said before the ruling that the court was acting “under threats and pressures,” and he considered the ruling “political and illegal”.

The ruling eliminates the possibility that Morales could obtain parliamentary immunity against sedition and other charges against him, but his Movement Toward Socialism party still controls the Legislative Assembly and polls indicate it remains the frontrunner for the October 18 vote.

After 14 years in power, Morales resigned under pressure from the military and police on November 10 amid widespread protests and disturbances alleging he was attempting to fraudulently claim re-election. He went into exile, first in Mexico and later in Argentina.

After several people in the line of succession also stepped aside, conservative Senator Jeanine Anez claimed the interim presidency. Her administration has tried to reverse many of Morales’s leftist policies and foreign alliances.

A recent poll by the Unitel televison network showed the candidate of Morales’ party, Luis Arce, supported by 26 percent of those surveyed, trailed by former President Carlos Meza, Anez and five other candidates. It is likely a second round would be held. 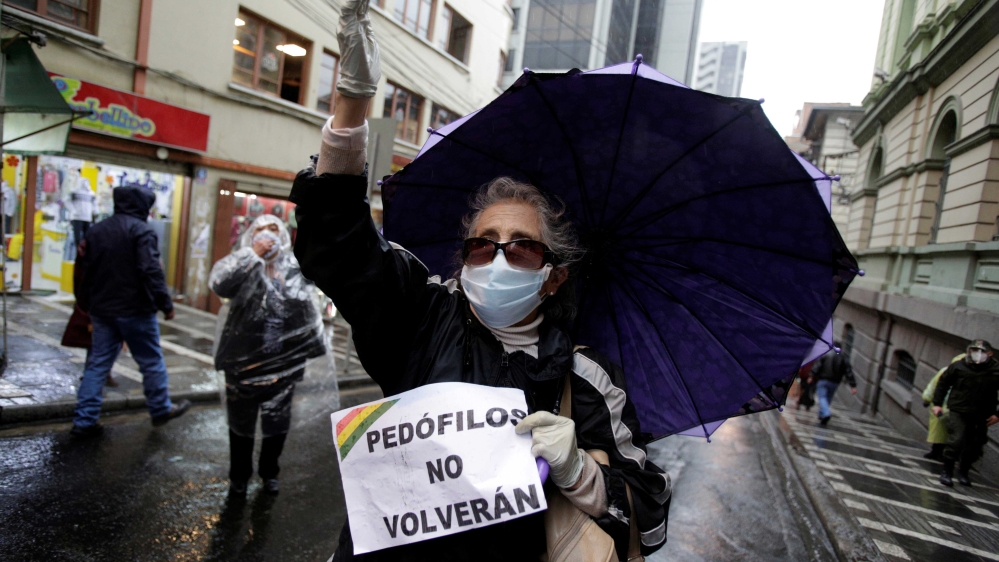 Last month, Bolivia’s justice ministry filed a complaint against Morales for statutory rape and human trafficking in connection to his alleged relationship with a 16-year-old girl.

Morales denounced the complaint as part of a “dirty war”.

Bolivia’s deputy minister of transparency, Guido Melgar, said the government had reviewed photographs, audio files and messages that the woman, now 19, sent to the former president by mobile phone when she was underage.

“This suggests that there was a relationship of infatuation between the two people,” Melgar said. “According to the information, this lady went everywhere with Morales when he was president.”

The woman, however, accused the police of forcing her to say she had a relationship with Morales, in a letter sent to Bolivia’s Ombudsman’s Office.

“I have been a victim of police harassment,” she said in the letter. “They told me that if I did not say everything they imposed on me, they would prosecute me for sedition and terrorism. They forced me to testify under pressure, without a lawyer.”