There will be no immediate change to Australia’s booster program, after the nation’s chief vaccine advisers acknowledged that the situation was “evolving rapidly”, but recommended that the gap between the second and third doses of COVID-19 vaccine should not be reduced.

The decision came as a new Victorian government report warns that vaccines alone will not be enough to contain variants of the virus, saying that “available treatments are only partially effective in mitigating serious illness or death”. 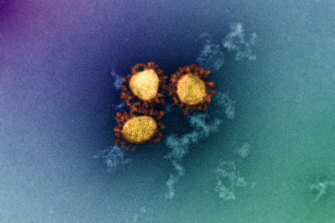 Australia’s chief medical officer, Professor Paul Kelly, confirmed on Friday that the Australian Technical Advisory Group on Immunisation had met on Thursday night, and after hours of deliberations opted to keep the interval before the booster shot to five months for most Australians.

The expert vaccine panel rejected growing calls to further cut the time between jabs, amid concerns that the millions of doses already brought forward will pose a major logistical challenge over the Christmas period.

Mounting evidence is suggesting that two doses of the Pfizer or AstraZeneca vaccines are not enough to provide adequate protection against infection from, or mild disease caused by the Omicron variant, and a third dose is critical to stimulate immunity against the infectious variant.

“I had a meeting with them last night, quite late, just to finalise their latest statement on boosters, which should be out later today,” Professor Kelly said. “We’re staying at five months duration between the second dose and the third dose.”

In a statement on Friday night, ATAGI said it had not changed the recommendation for boosters to be given before five months.

However, it said to ensure timely provision of the booster, it recommended that anyone who would become eligible for a third dose before or during the December and New Year holiday period up to January 3 could get it sooner than five months.

“ATAGI recognises that the epidemiological situation and evidence regarding boosters is evolving rapidly and will frequently review the timing of booster doses,” the statement said.

Late on Friday afternoon, the Victorian government released a report in Parliament officially declaring the Victorian outbreak a “pandemic” under new legislation that means the government can impose fresh public health orders if case numbers continue to soar.

The report, a legal requirement outlining the government’s reasoning for the pandemic declaration, paves the way for further public health orders if they are needed. It makes clear there is still a “serious risk to public health arising from COVID-19”.

But in an ominous warning, the report suggests vaccines alone will not be sufficient to manage the outbreak.

“While the considerable protection offered by high vaccination rates amounts to a significant change in the risk profile, the scale of the COVID-19 pandemic continues to leave a significant number of people exposed to risk,” the report said.

“The Premier was satisfied that current vaccination rates alone will not suffice to contain transmission within health system capacity, and available treatments are only partially effective in mitigating serious illness or death.”

The pandemic declaration follows a promise by Mr Andrews that there will be “no more lockdowns” after the state reached its vaccination targets.

However, since then, the vaccine evasive and highly contagious Omicron variant has triggered renewed doubts about the ability of the health system to cope, particularly if case numbers continue to rise.

“There are limited preventative and therapeutic interventions to manage COVID-19 and – other than vaccines – many interventions remain supportive (oxygen, ventilation etc.) rather than curative or preventive,” the report said.

“The available therapeutic interventions of antivirals, steroids and supportive care, have been shown to be only partially effective in reducing mortality and decreasing hospital stays.”

On Sunday, the federal government announced that waiting times for booster shots would be reduced from six months to five.

It means more than two million more Australians will come eligible for a booster this month, at a time when state vaccine hubs are closing, GPs are scaling back over Christmas and people are gathering more with friends and family.

Infectious disease experts have been calling for a further shortening of the waiting time for booster shots to three or four months.

Those who are immunocompromised in Australia are able to get their booster dose earlier, as soon as two months after they finish their initial course.

The vaccine expert panel’s decision to keep the booster shots five months after the second vaccine dose was heavily criticised by University of South Australia epidemiologist Adrian Esterman, who said he was worried about the thousands of older Australians who had received an AstraZeneca shot several months ago.

While AstraZeneca is thought to provide some level of protection against severe illness and hospitalisation, he said emerging research suggests that it may provide far less protection against transmission of the new variant than mRNA vaccines, including Pfizer.

In some studies, AstraZeneca had been shown not to be able to stimulate an antibody response strong enough to neutralise Omicron and appear to show very little protection against people being infected with new variant, Professor Esterman said.

“We have all these elderly people who are totally exposed susceptible to Omicron who probably won’t be able to get their jabs to January or February,” the former adviser to the World Health Organisation said.

However, Pharmacy Guild president Trent Twomey said he supported the decision to keep the five-month interval.

“We need to make sure people are protected now but also into next winter,” Mr Twomey said.
Data from the federal health department shows pharmacies administered about 50,300 jabs on Thursday, more than double the roughly 17,800 given at the same time two weeks ago.

In the UK, where new cases have soared to almost 80,000 a day, a record for the pandemic, authorities have cut the time between the vaccine and booster to three months. In Denmark, the interval has been reduced to four and half months.

Australian Medical Association national president Omar Khorshid said the booster program would be the most important vaccine rollout in the pandemic so far.

He said it was too soon to determine how much protection Australia’s two dose vaccine program provided against severe disease and hospitalisation with Omicron, but it was widely accepted it did not prevent against transmission.

“Omicron is emerging as a huge threat, even though we don’t yet know its severity, the numbers are really scary,” he said. “Even with a lower severity than Delta it will still cause significant pressures on hospitals and ICU beds when the cases reach the thousands.”

He said Victorians should brace for “an extremely rapid rise” of Omicron cases in the community in the coming weeks.

Dr Khorsid said the Victorian government would be unlikely to enforce another lockdown unless “hospitals were falling apart” a scenario he did not foresee happening if the booster program was rolled out effectively and public health measures, such as mask wearing, remained in place.

Coronavirus admissions to hospitals have been steadily increasing and on Friday rose to 386 admissions, up from 289 two weeks ago. Of the hospitalisations, 86 were in intensive care and 43 of whom were ventilated. Another 36 people also remained in intensive care.

On Friday, 1510 new cases of coronavirus were reported in Victoria as clusters at two popular bars in Melbourne swelled to 28 cases, amid growing concerns the outbreak is being driven by the highly infectious Omicron variant.

Sixteen positive cases are now connected to The Peel Hotel in Collingwood and a further 12 to Sircuit Bar in Fitzroy. One case has already been confirmed as the highly contagious Omicron variant, while genomic sequencing continues for the remaining 27 cases.

Victoria currently has 19 confirmed cases of the Omicron variant, with five of Friday’s new cases of the variant found in travellers from NSW, and one in an international arrival.

On Friday, a number of testing sites in inner Melbourne were recording wait times of two hours. One of the shortest waits was at the St Albans Victoria University Campus, where in the early afternoon people were in and out in 15 minutes.

In the past week, COVID-19 cases have undergone an unprecedented surge in NSW, where Omicron clusters have been detected, rising more than threefold, from 516 to 2200 daily cases in the space of a week.

The Victorian and NSW governments also announced on Friday that both states would scrap their 72-hour isolation requirements for international arrivals next week.

From Tuesday, all fully vaccinated international travellers and flight crew arriving in NSW and Victoria will be required to get a PCR test within 24 hours of arrival and isolate until they receive a negative result.

Earlier this month, the two states introduced additional restrictions on people arriving from overseas, in light of the new Omicron variant of concern.

People who are already in isolation under the requirement may leave on Tuesday provided they have returned a negative PCR test.

Stay across the most crucial developments related to the pandemic with the Coronavirus Update. Sign up for the weekly newsletter.