Boris Johnson and Rishi Sunak put their personal rivalry to one side today as they slapped down demands from Sajid Javid for an extra £5billion to fund Covid testing.

The Health Secretary and Chancellor almost delayed the Prime Minister’s announcement on ending Covid restrictions after their clash apparently delayed a Cabinet meeting this morning.

Mr Javid is believed to have demanded an extra 10-figure sum to cover the cost of maintaining free LFTs for vulnerable and elderly people after the public is forced to pay for them in April.

But Mr Johnson and the Chancellor forced him to back down and accept the cash would have to come from the current NHS budget.

Facing MPs this afternoon the PM highlighted the cost of supplying LFTs – said to have reached £2billion a month – saying: ‘We must now scale this back.’ 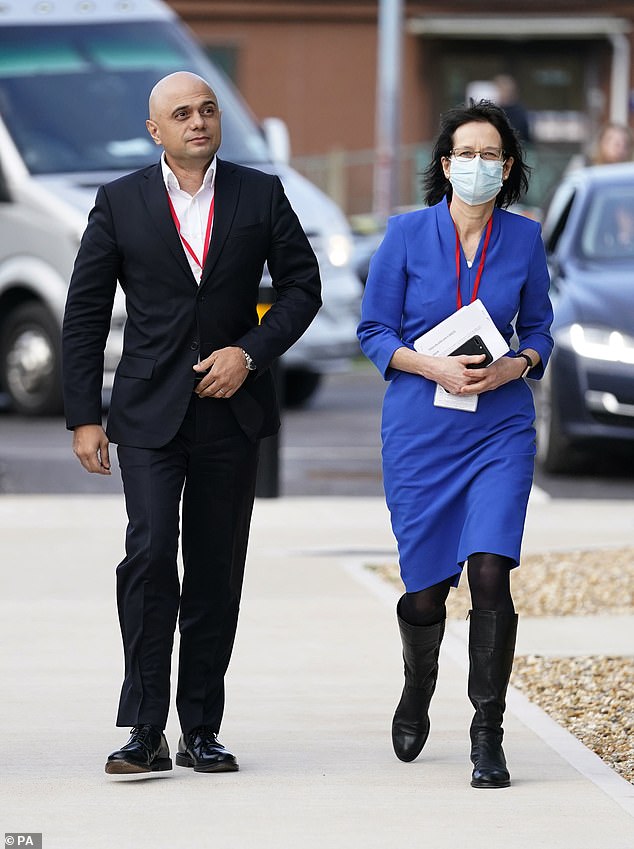 Mr Javid is believed to have demanded an extra 10-figure sum to cover the cost of maintaining free LFTs for vulnerable and elderly people after the public is forced to pay for them in April. 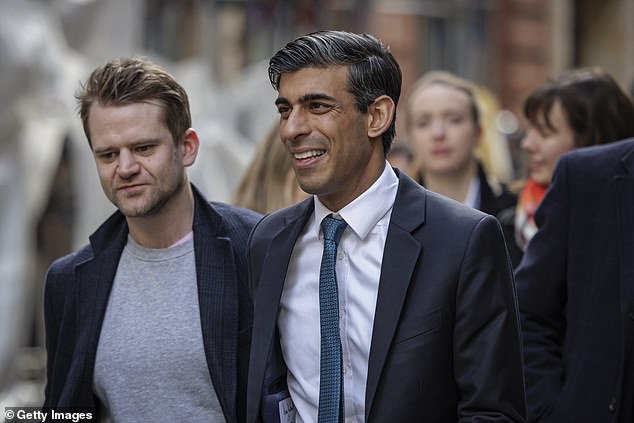 But Mr Johnson and the Chancellor forced him to back down and accept the cash would have to come from the current NHS budget. 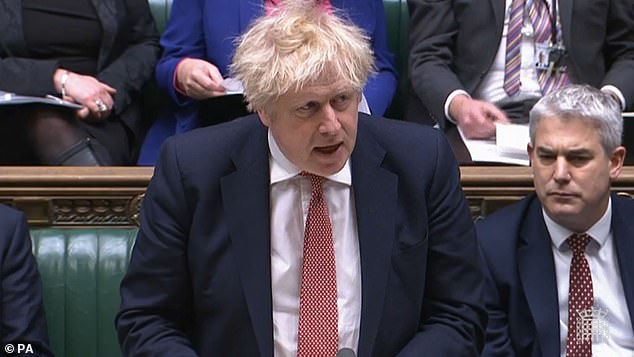 Facing MPs this afternoon the PM highlighted the cost of supplying LFTs – said to have reached £2billion a month – saying: ‘We must now scale this back.’

Mr Johnson’s Cabinet was due to sign off his plan, which includes the axing of the legal obligation to isolate after a positive test, on Monday morning.

But the green lighting of the next step back to normality was pushed back to Monday afternoon, with the delay thought to centre on a request from Health Secretary Sajid Javid regarding how elements of the blueprint will be funded.

Some ministers – including Education Secretary Nadhim Zahawi, Defence Secretary Ben Wallace and Chief Secretary to the Treasury Simon Clarke – had already been photographed arriving at No 10 for the meeting, which was due to start at 10am and would have been the first time the proposals were presented to the full Cabinet.

But it was called off shortly beforehand ‘so that the Prime Minister could have both a security briefing and have further meetings to finalise the plan on living with Covid’, his official spokesman said.

The spokesman would not be drawn on whether the delay to Cabinet was due to a dispute between the Treasury and the Department of Health.

‘I’m not going to get into the nature of (the) discussion of ongoing Government policy,’ he said.

But reports suggested that Health Secretary Sajid Javid and Chancellor Rishi Sunak had been in discussions over how to fund the continuation of some free coronavirus testing.

An ally of Mr Sunak insisted the delay was ‘no one’s fault’ but it was ‘just Cabinet-level discussions as you’d expect’.

Later Mr Johnson told the Commons:  ‘From today we’re removing the guidance for staff and students in most education and childcare settings to undertake twice weekly asymptomatic testing and from April 1 when winter is over and the virus will spread less easily, we will end free symptomatic and asymptomatic testing for the general public, ‘ he went on.

‘We will continue to provide free symptomatic tests to the oldest age groups and those most vulnerable to Covid and in line with the practice in many other countries, we’re working with retailers to ensure that everyone who wants to can buy a test.’

He latter added: ‘For the 1.3 million clinically extremely vulnerable they will of course be given access to testing, free testing, and they will also have access to the largest quantity of antivirals and therapeutics per head of any European population.’

In an attempt to ensure people do not build up personal stockpiles of free lateral flow tests before the April 1 cut-off, individuals can now only order a box every three days, instead of every 24 hours.

Downing Street also played down the prospect of people in England turning up at hospital to get tested if they had mild symptoms after April 1. After that date, individual tests are expected to cost a few pounds as the market develops.

The Prime Minister’s official spokesman said: ‘We wouldn’t seek to stop people turning up at A&E if they felt they were so ill that urgent care was required.

‘Obviously if someone had the minor symptoms that are attributed to the vast, vast majority of people we would strongly advise that they didn’t do that, as we would with flu.

‘Flu, whilst not a direct comparison, is a valid comparison in those circumstances, if you have flu-like symptoms the vast majority of the public understand that you stay at home and you rest until you feel better.’

The spokesman added: ‘We are confident that the vast majority of the public will use their good common sense to judge the right course of action.’