The Prime Minister’s sister has revealed that she used to iron his shirts for 50p a go.

Rachel Johnson was asked by her mother to deal with older brother Boris’ laundry when he was home from Eton.

The 56-year-old’s mother, artist Charlotte Johnson Wahl, would give her money to complete the task.

Speaking on her Difficult Women podcast, Ms Johnson said: ‘I remember my mother used to pay me to iron my brothers’ shirts, 50p a shirt.

‘And I would say “why don’t you just pay them to iron their own shirts?”

‘Can you imagine? I was ironing the Prime Minister’s shirts aged 15 when he came home from Eton. 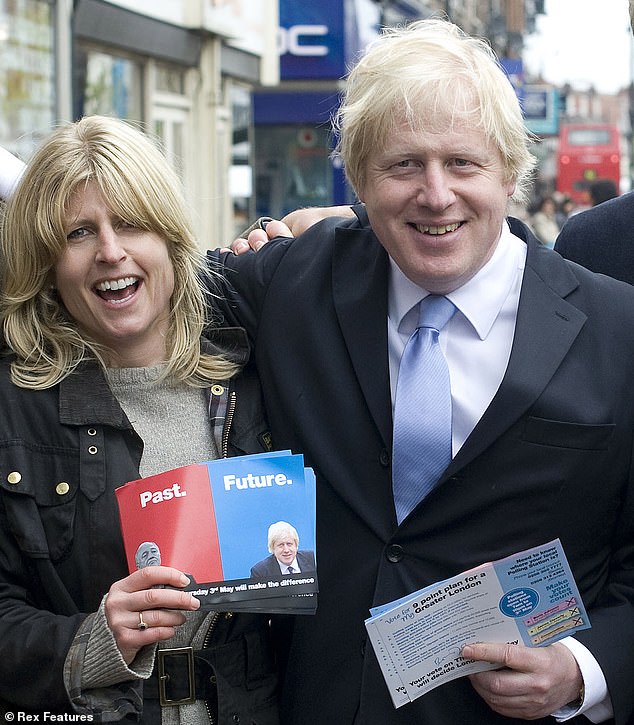 Rachel Johnson was asked by her mother to deal with older brother Boris’ laundry when he was home from Eton. Pictured, Boris Johnson aged 15 at Eton School

Journalist and author Ms Johnson added that she was not happy with the assignment and soon resigned from her role.

She said: ‘I actually put my foot down after two shirts. I quite wanted the money, but it was mainly because I couldn’t iron.’

Her revelations come as the Prime Minister faces his final week in office, as the Tory leadership race draws to a close on Friday.

However today, Boris Johnson refused to rule out a political comeback.

On a visit to Dorset he declined to be drawn on what he will do when he is replaced by either Liz Truss or Rishi Sunak. 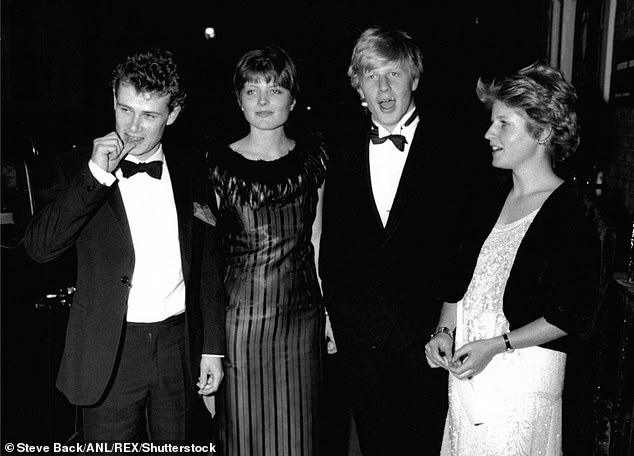 The outgoing premier instead put his focus on the expansion of gigabit-speed broadband, as he sought to emphasise his Government’s achievements.

Asked if he would rule out a comeback, Mr Johnson said: ‘I think on the whole people in this country are more interested in their gigabit broadband than they are in the fate of this or that politician.’

He also declined to give himself a rating out of 10 for his term in office.

Asked about his plans after next Tuesday, when he is set to be replaced, the Prime Minister said: ‘I am concentrating on today.’

He added: ‘Whichever of the two candidates gets in next week, what the Government is also going to do is provide a further package of support for helping people with the cost of energy.’

As the next prime minister will not take office until September 6, decisions on any further aid packages to help households struggling with soaring bills have been left to Mr Johnson’s successor. 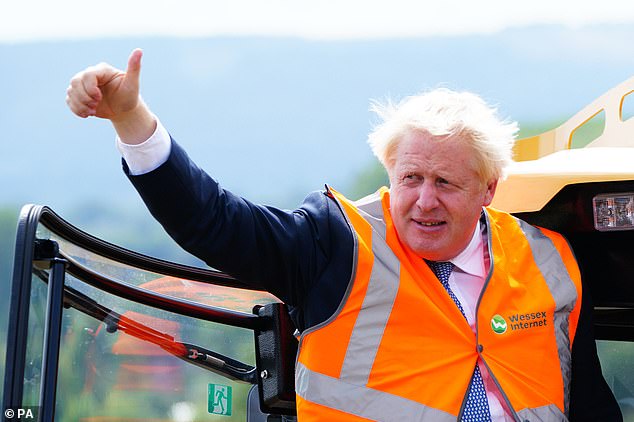 On a visit to Dorset today (pictured), Boris Johnson refused to rule out a political comeback

Frontrunner Ms Truss’s camp said she will not finalise her plans for cost-of-living help before receiving the ‘full support and advice’ only available to the government of the day.

Rory Stewart, a former Conservative leadership rival of the Prime Minister, warned yesterday that Mr Johnson could try and make a comeback.

‘I fear we’re going to end up with a second Berlusconi or a second Trump trying to rock back in again,’ the former Tory Cabinet minister said.