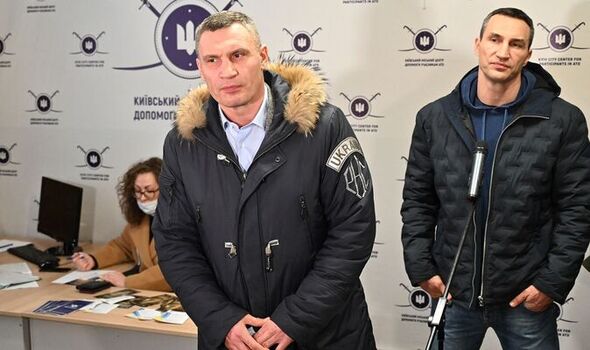 The brothers led defiant pledges from Ukrainians to resist Kremlin forces. Vitali, 50, who has been Kyiv’s mayor since 2014, enlisted in his country’s reserve army earlier this month.

Wolodymyr Pawluk, of the Association of Ukrainians in Great Britain, said: “In London, I can only say a handful have said that they will go back.

“There are many more that I’ve also heard will go.”Around 18,000 guns have been distributed to reservists in the Kyiv region since the invasion began.

She said: “I won’t allow them to take our land and our freedom.They don’t believe in our right to exist.We have to defend, and we will win.”