A BOY was left with a horrific hand injury that nearly severed a tendon after falling on broken glass that was littered in a park.

The youngster, 11, was with his family in the park in Aberdulais, Wales when he suffered a huge cut across his hand – running from the base of his thumb right across to the other side of his wrist. 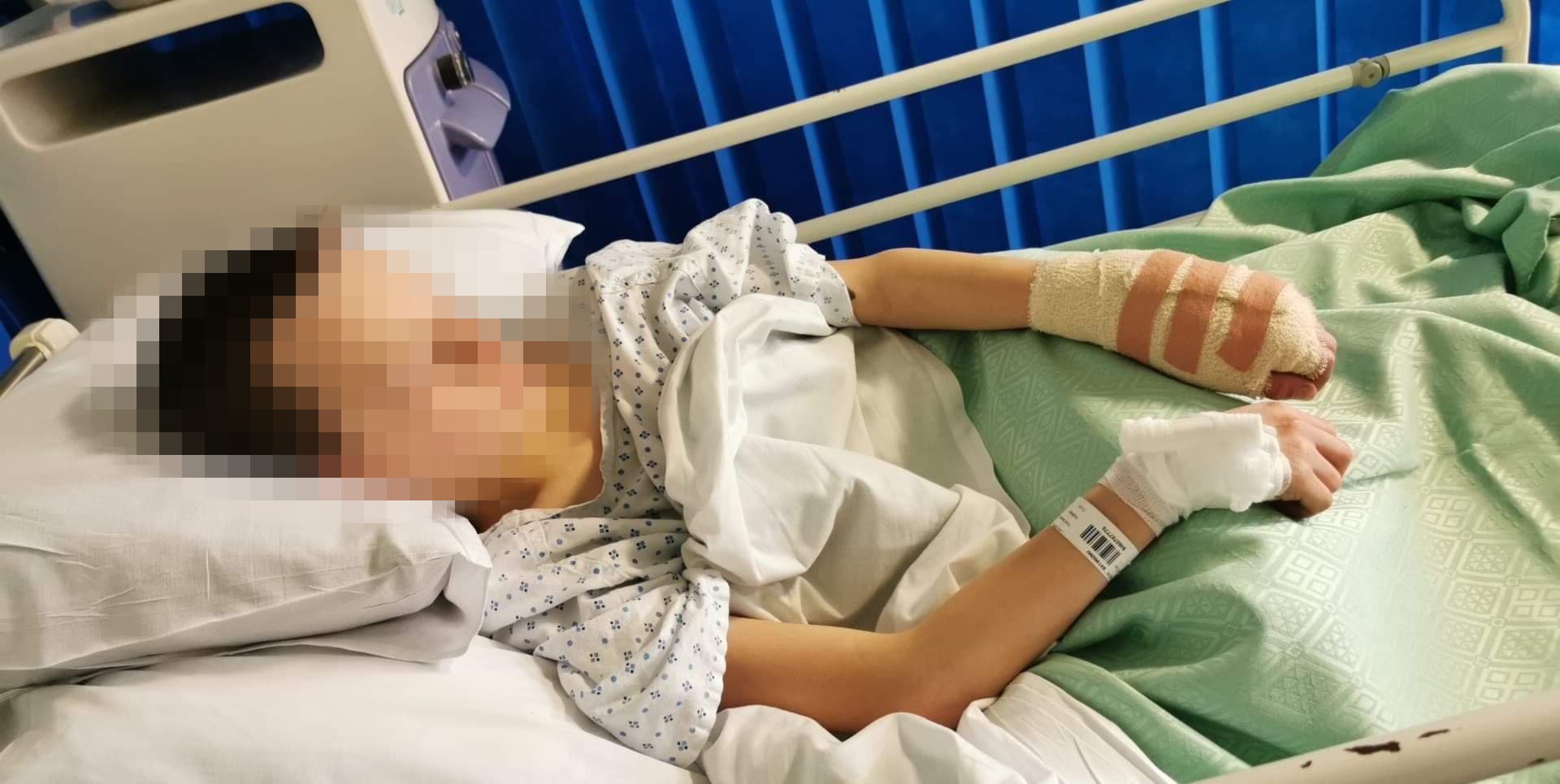 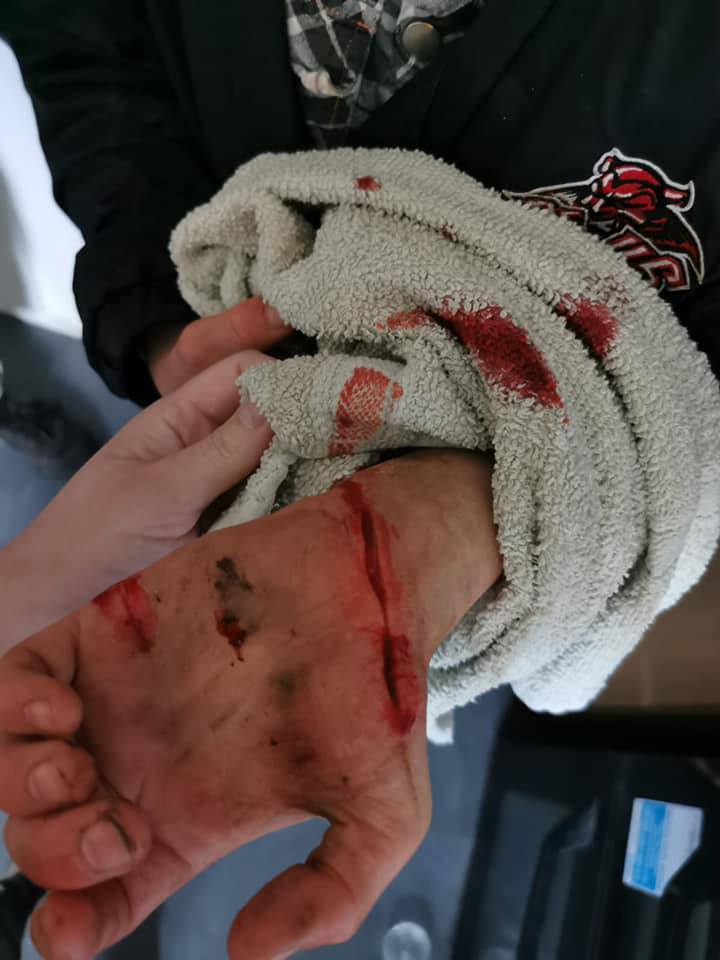 The brave 11-year-old was rushed to hospital on Saturday, where doctors said they couldn't perform stitches because the gruesome cut was too deep.

Mum Kristy Marie said her son risked losing movement in his fingers had the incision been just a little bit deeper.

The area in the park where the boy was wounded while playing is often littered with broken bottles and other rubbish, the mum said.

And Kirsty has now warned other parents to be on their guard – as older teens seem to be leaving bottles and smashing them in the park.

Speaking about the horrifying ordeal, the mum-of-three told Wales Online: "He ran away when he first cut it because he was panicking and he didn't want to come home.

"I looked at it and it was too big to do first aid so I took him to Neath Port Talbot Hospital.

"The doctor said he couldn't stitch it because it was too deep and had severed 50% of a tendon.

"If it had gone any lower we were worried he was going to lose movement of his fingers.

"He has been putting on a brave face, trying to be brave for me, but it is painful and he's trying to hide it."

The 11-year-old was first taken to Neath Port Talbot Hospital for treatment, but he then went to Morriston Hospital to be seen by plastic surgeons.

Kirsty added: "My five-year-old daughter likes to go to the park to play as well.

"But I'm not sure when I will take them again because I don't want to bring it all back to them."

Aberdulais ward councillor Doreen Jones added: "I have been in touch with family and as soon as I knew about the issue I asked the parks department to go and clean the area.

"Unfortunately if people leave litter there is the chance of it causing accidents". 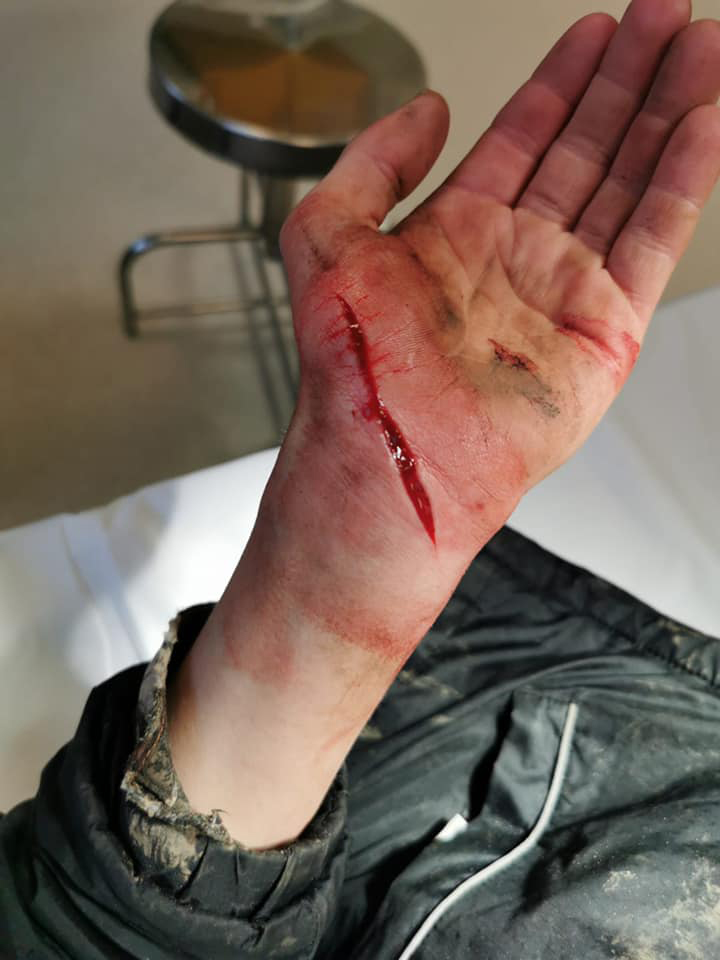