A 13-YEAR-OLD is among six arrested over the murder of a boy who was chased and stabbed to death near a McDonald's.

Witnesses said the "gang" of lads attacked the 14-year-old "like a pack of feral animals" last night. 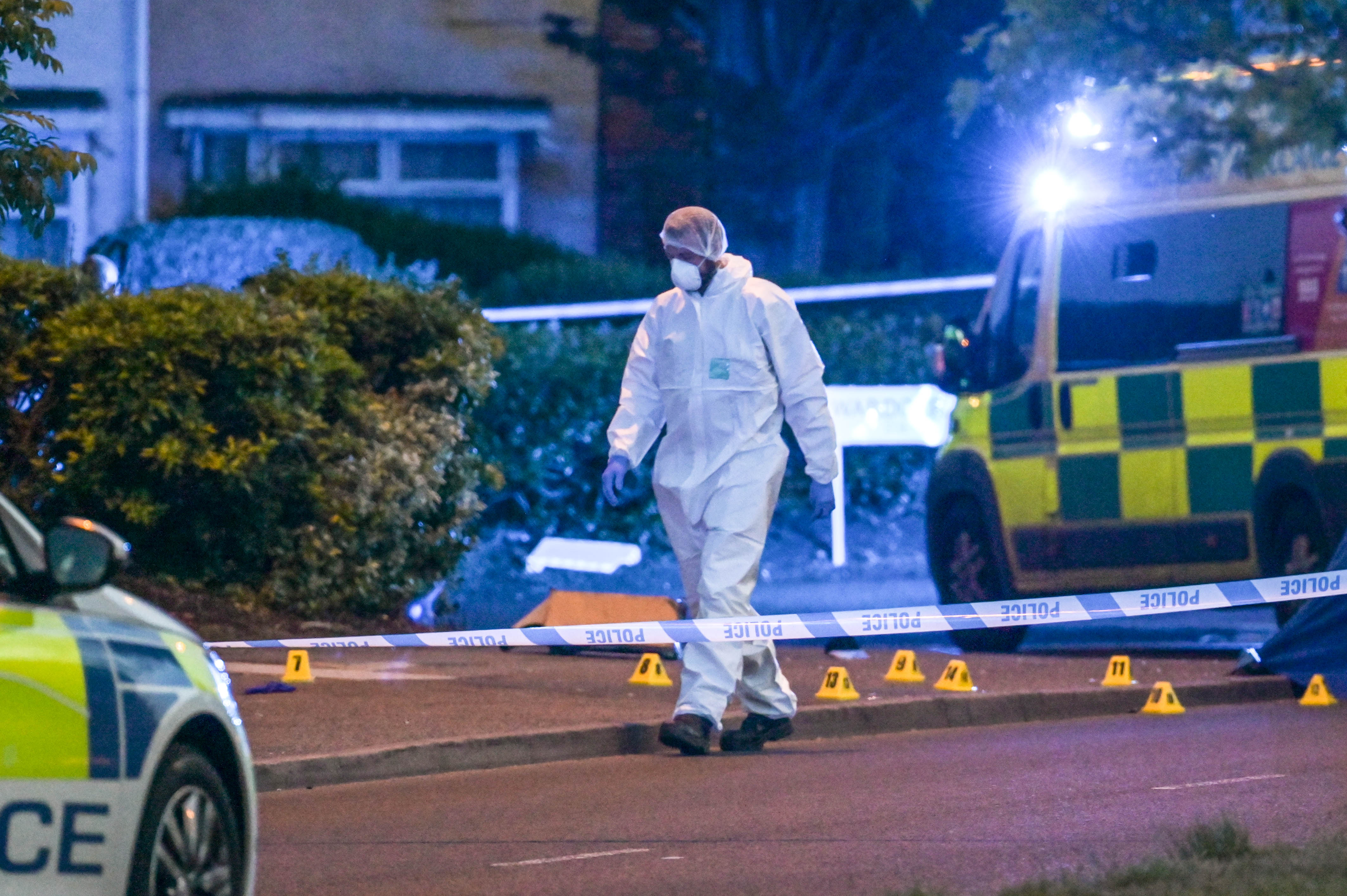 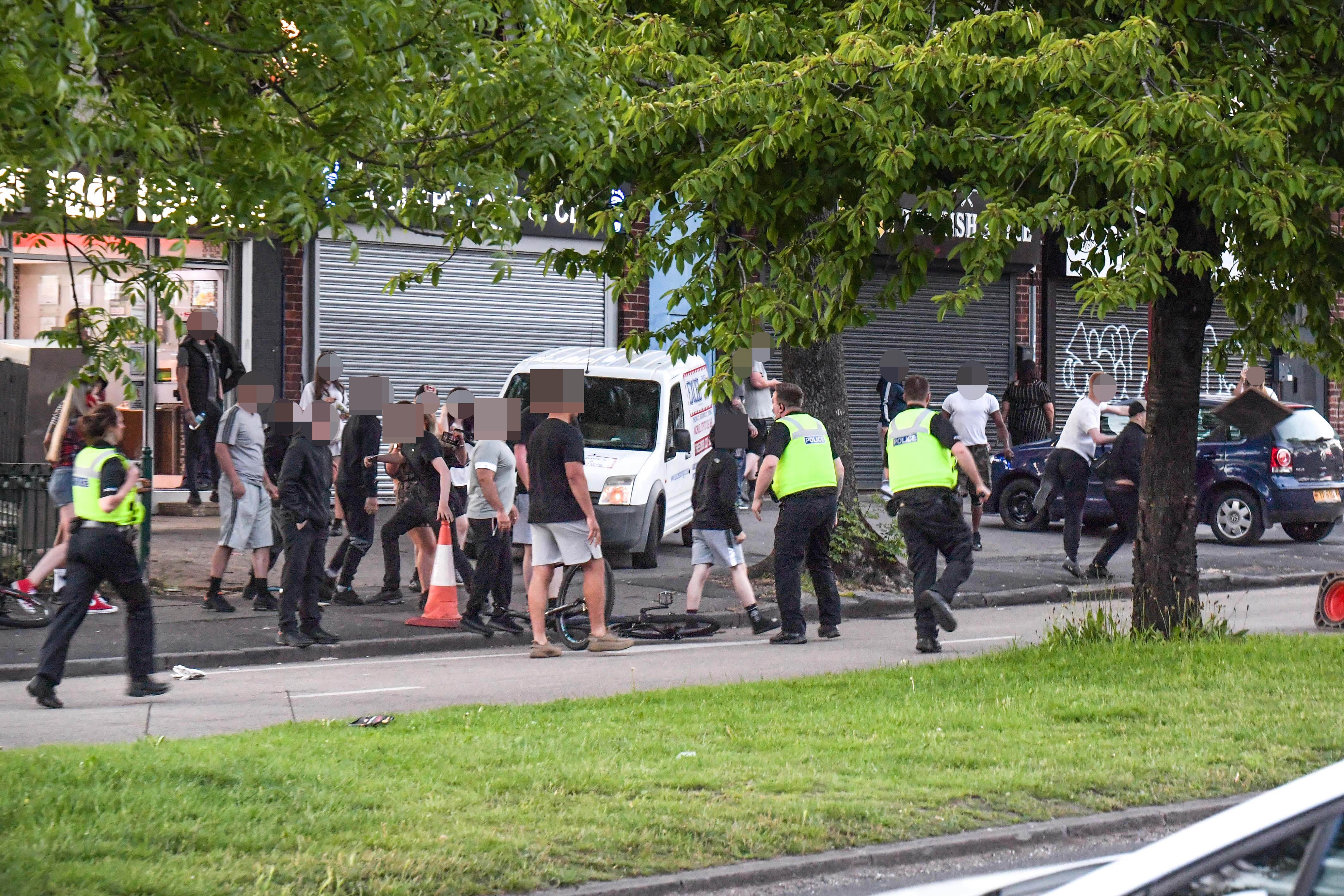 Cops launched a murder probe looking for up to seven suspects after the "callous" killing in Birmingham.

Police tonight confirmed they have made six arrests in connection with the incident.

A 33-year-old man was arrested from an address in Kingstanding at 3.35pm, followed by a 13-year-old boy who was detained in the Walsall area.

Another man aged 38 and a 14-year-old boy were arrested from a vehicle in Cheshire while two men, aged 36 and 35, surrendered to separate police stations in the West Midlands.

All six have been arrested on suspicion of murder and remain in police custody.

It is understood the stabbing happened after a brawl unfolded between a large group of people at 7.30pm on Monday.

Officers were unable to save the teen and he was pronounced dead at the scene.

A post mortem examination carried out today confirmed he died from a stab wound to his chest. 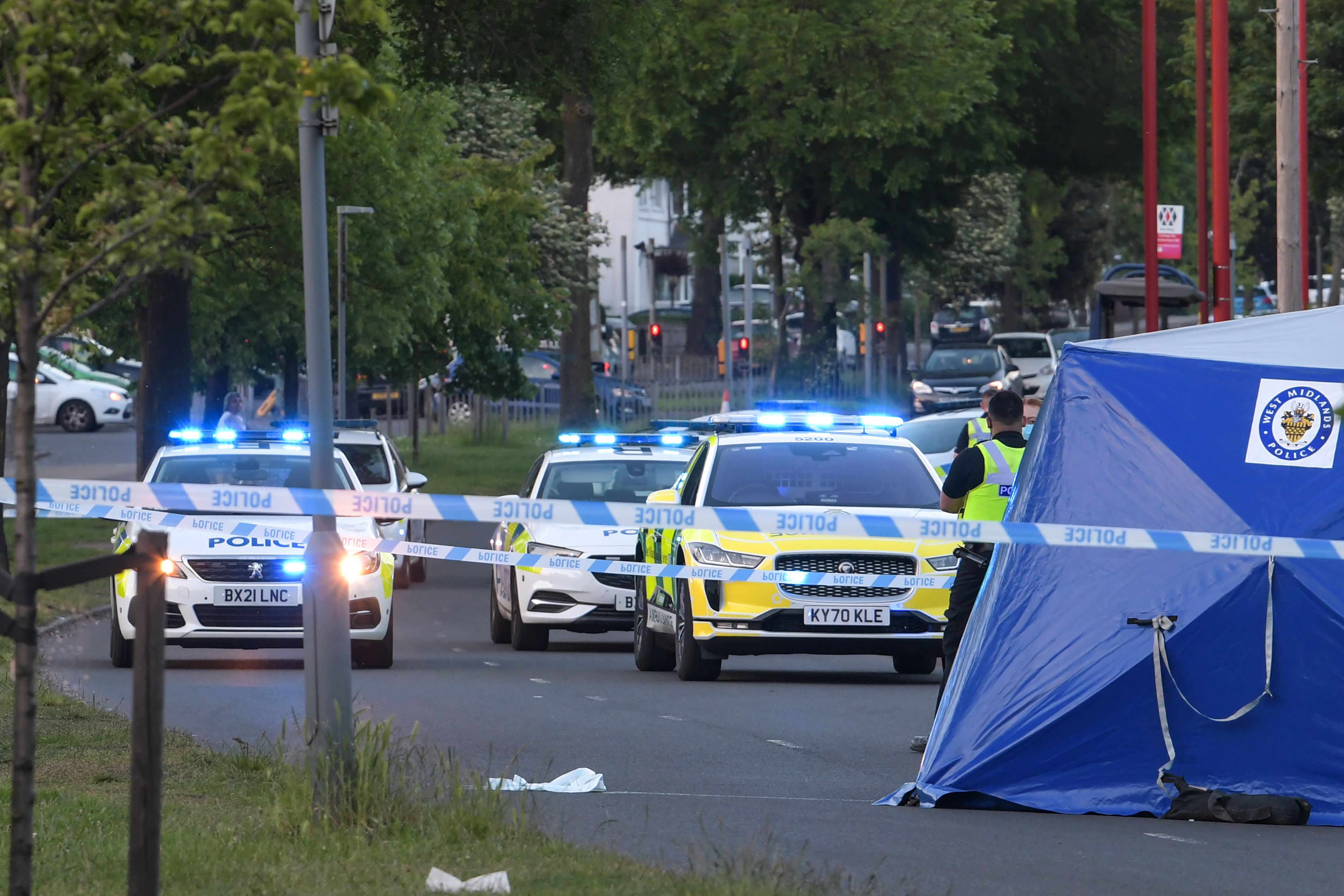 Pictures showed police running towards a group of youths as they gathered outside a row of shops on Monday evening.

Witnesses described seeing a "gang of lads" attacking a teenager "like a pack of feral animals".

One mum, who did not wish to be named, said: "It was carnage when I looked out my window, there were kids everywhere. He was only a child.

"They were like a pack of feral animals the way they were swarming around him."

The victim is believed to have been playing football with friends when he was jumped by yobs as he made his way home.

Community activist Desmond Jaddoo said: "I was here last night with the boy's mother and friends who had gathered and they were naturally inconsolable.

"She has lost her 14-year-old boy who had his whole life ahead of him and will never return home."

He said the mother was "totally distraught, heartbroken – she felt as if it was the end of her world".

“No words could console her," he said. “It was very, very distressing.

“All we know is that someone people started chasing him, grabbed him and he was stabbed several times. We don’t know why, that is the mystery. "

Police said the victim was chased by a number of youths before being stabbed by one of the group.

“Our officers have executed a series of warrants in the region and we’ve worked with police forces outside the area to apprehend suspects.

“We’re still speaking to witnesses and really need to hear from anyone who has seen or heard something, even if they think we may already know or they’re not sure how important it is.

“We are aware of many different rumours circulating about the motive for the murder but we are keeping an open mind and pursuing all lines of enquiry. We ask people not to speculate on social media."

West Midlands Police said they have "flooded" the area with officers and have called on witnesses to come forward.

Detective Inspector Ranj Sangha, from the force’s homicide unit, said: “This is a shocking and senseless tragedy. Another young life has been taken far too soon.

“We have officers with the boy’s family who are facing the cruellest of news this evening. My heart goes out to them.

“We will be leaving no stone unturned in our hunt for the callous individuals responsible for this, or for anyone harbouring them, knowing what they have done.”

Anyone who can help our investigation should contact us urgently via Live Chat on our website or by calling 101 quoting log 3313 of 31/5. Call Crimestoppers anonymously on 0800 555 111. 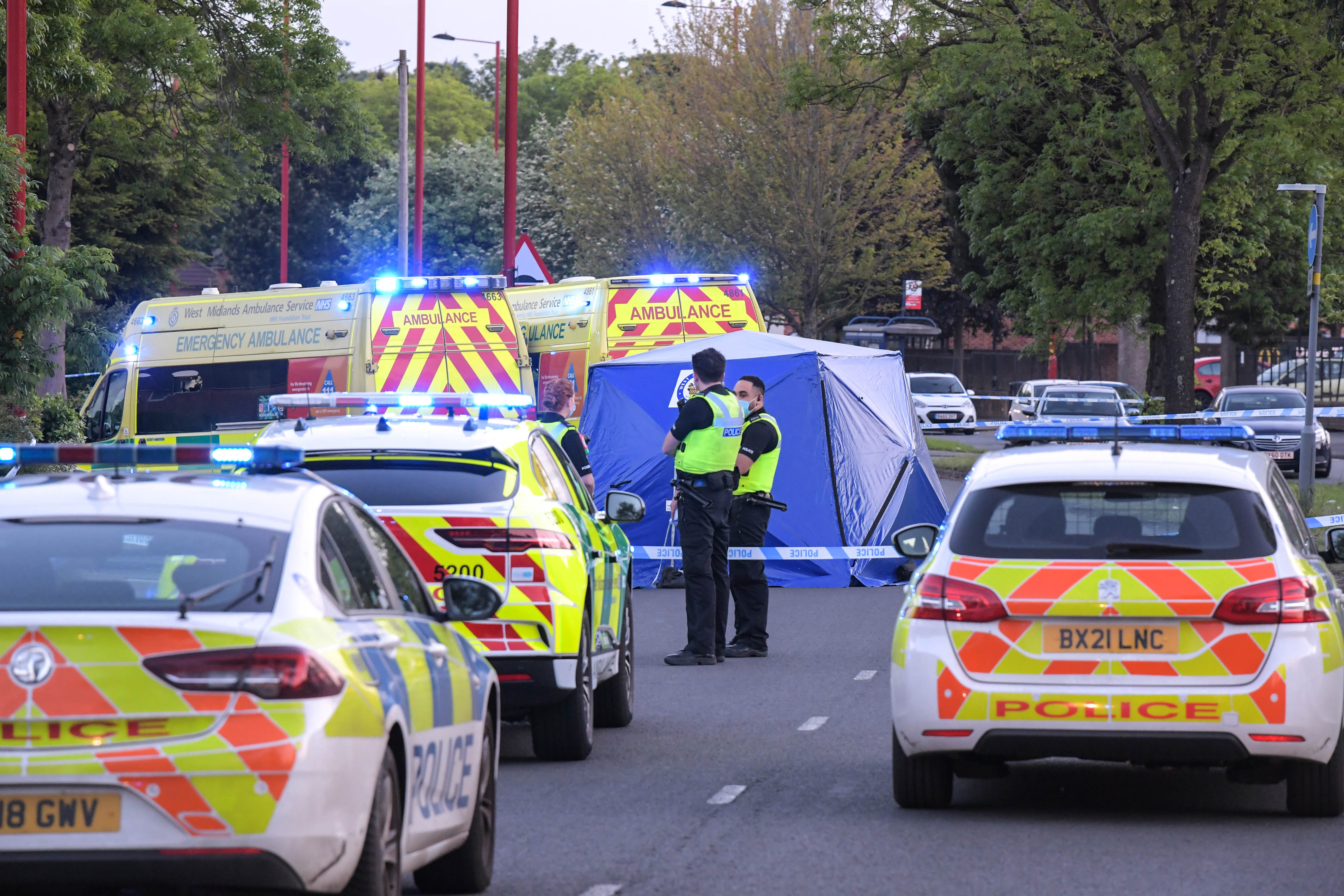