A TEENAGER was shot in the face outside a primary school late last night.

Police are urgently hunting the attacker who fired a gun at a car and caused the 17-year-old facial injuries in Small Heath, Birmingham. 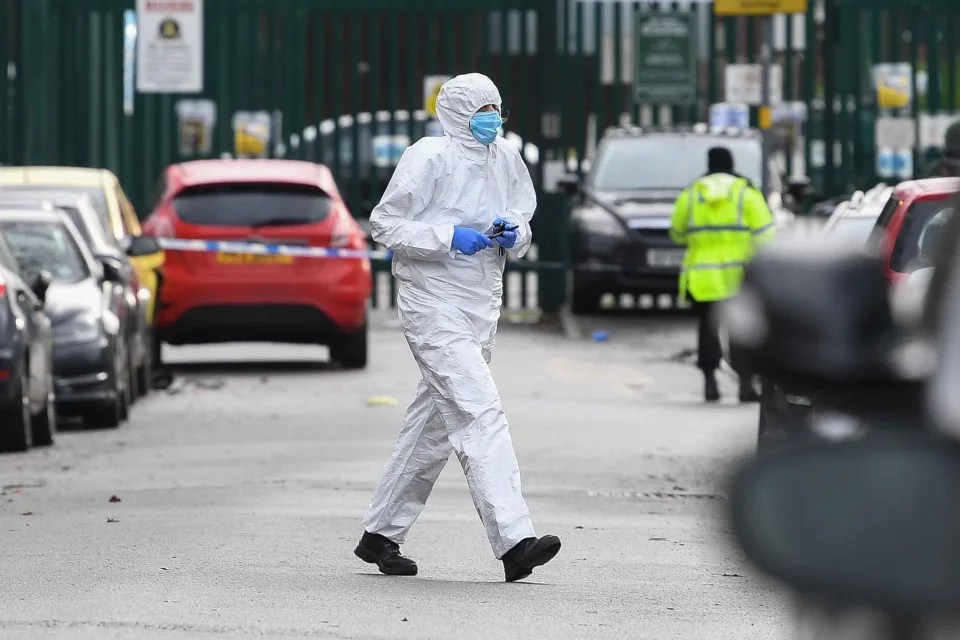 The lad was rushed to hospital but cops say his condition is not life-threatening.

A cordon remains in place at the scene while officers investigate.

Photos from Arthur Street show a vehicle with a bullet hole and other surface damage.

The area surrounding Regents Park Community Primary School is taped off and members of the public are being escorted in and out of nearby Bolton Road.

Police have assured the "concerned" community that everything is being done to find the culprit.

But the force has urged anyone with information to come forward quoting crime reference number 20/1991825/21.

A spokesperson for West Midlands Police said: "We're investigating after a gun was fired at a car in Arthur Street, Small Heath, just after 10.35pm yesterday (28 December).

"A 17-year-old boy from the vehicle was taken to hospital with a facial injury which is not life-threatening.

"We understand the community concerns this incident will cause and we're carrying out CCTV, and other enquiries, to try to establish who was responsible.

"We're keen to hear from anyone with information who can assist our investigation into who did this and why."