Boy, eight, whose father fled Uganda during Idi Amin’s reign of terror reveals how vile racist bullying in his Cornish school left him scratching white lines into his skin to try to make it look lighter

A schoolboy whose father fled Uganda during Idi Amin’s murderous regime has revealed racist bullying has left him trying to make his skin lighter.

Finley Sullivan, eight, claims he has repeatedly been called the N-word at school in Par, Cornwall.

He says he has purposefully gone days without moisturising his skin so it appears ‘crusty and lighter’, as well as scratching it to make it white.

His father fled Uganda during the Amin regime, escaping to nearby Rwanda where he managed to avoid the 1994 genocide, while his mother is originally from Dover, Kent.

Finley was born in Kettering, Northamptonshire, but moved to Cornwall with his mother and father. 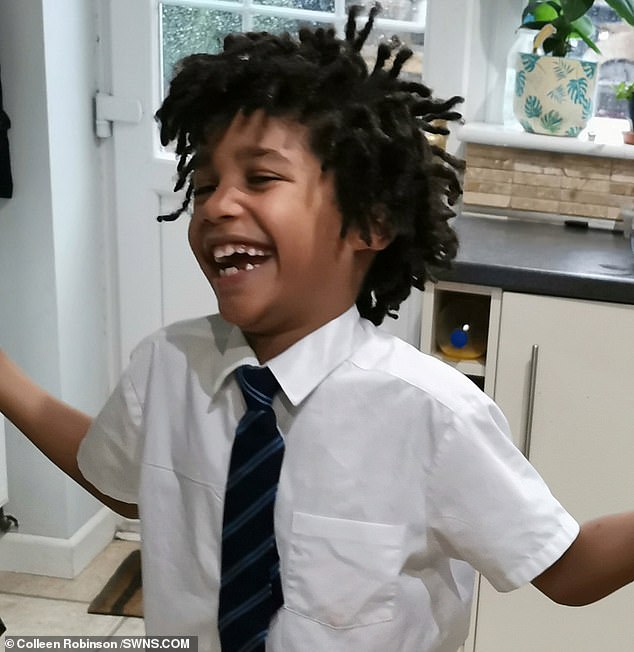 Finley Sullivan, eight, claims he has repeatedly been called the N-word at school in Par, Cornwall

He said: ‘People say the N-word and that I should go back to Africa where I belong.

‘The first time it happened I was in year one. A kid called me a stupid African and hit me. 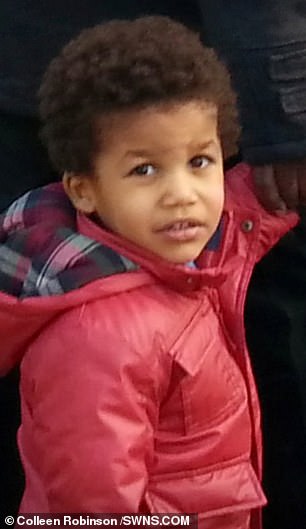 Pictured: Little Finley says he has tried to make his skin lighter after racist bullies tormented him

‘Sometimes I feel sad and angry. I stopped moisturising so my skin would go dry and dusty and I’d look lighter for school.

‘I scratched white lines into my skin, too, to try and look whiter. People stare at me and touch my hair without asking too. It just makes me feel sad and angry.’

His devastated mother Colleen, originally from Kent, claims the abuse is not just in the playground and says she has been subjected to people making monkey noises.

She said: ‘I had a new-born in a pram. I told the kids to keep walking, that the men were making noises because mummy looks silly.

‘Fin said, ‘I know they were making the noises at me because I look like a monkey’.

‘It seems Brexit has given everyone an excuse to bring out their worst side.

‘We want to leave but my husband has a business down here so it isn’t as easy as that. One boy who is 13 has been prosecuted.

‘I went to his mum and told her I was going to the police and she said that she was glad because he’s out of control. 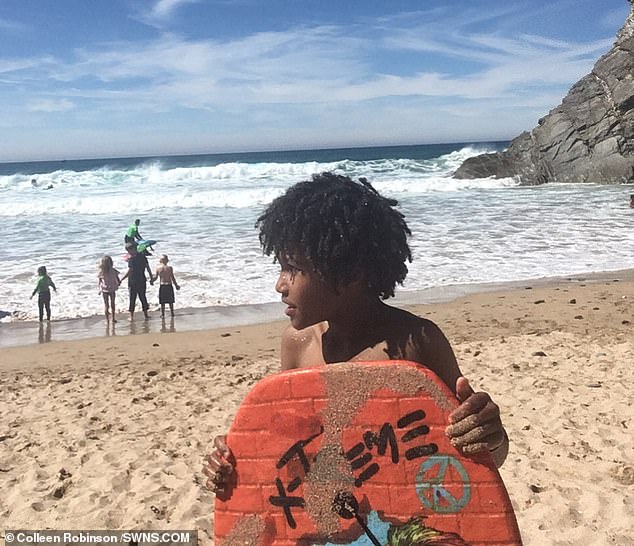 Finley is pictured on the beach near his home in Par, Cornwall

‘I’m just sick of people not evolving. It’s like going back in time.’

She said: ‘There’s very little racial diversity here so it’s like you’ve got to hide away and get on with it.

‘We’re hoping by speaking out that others who are the victims of racial abuse down here will stand up and know they’re not alone.’

But despite the years of abuse Finley has recently starting to learn the ukulele in the hope of one day being able to hold a music festival promoting racial diversity in Cornwall.

He said: ‘I like being mixed race. It’s when people are racist to me I don’t like it, it makes me feel I don’t fit in.’

Throughout his eight-year rule Idi Amin ordered the death of multiple ethnic communities in Uganda, in an attempt to leave only his people – the Kakwas.

He also targeted anyone who could show any potential disloyalty and ordered the killings of journalists, judges, business people, artists, officials and clerics.

They were abducted, tortured and killed before being thrown into the River Nile. 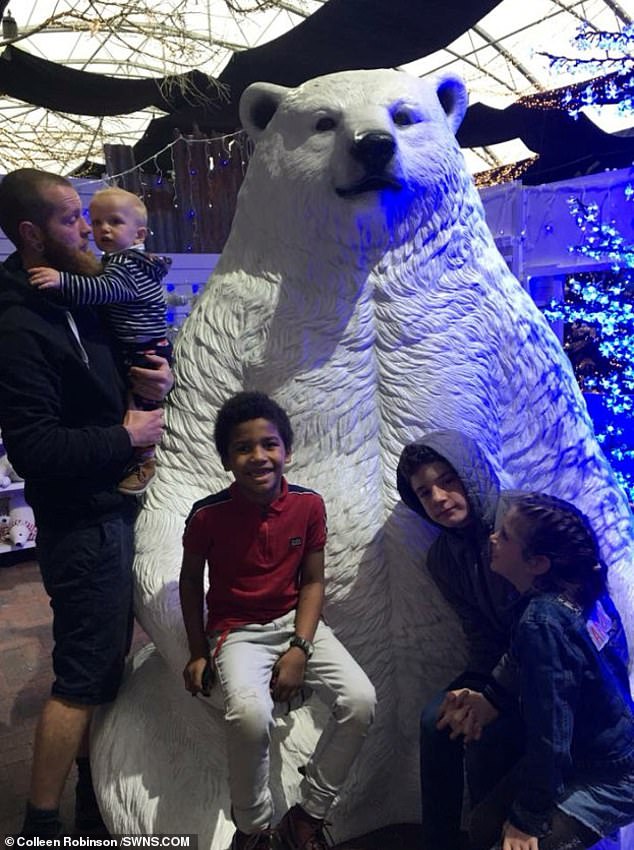 Finley is pictured with friends at a Christmas event