‘Show off’ boy racer, 19, who mowed down and killed 23-year-old mother-of-one while speeding at 95mph in a 40mph zone then claimed the car had been stolen to cover his tracks is jailed for three years and eight months

A ‘show off’ boy racer who mowed down and killed a 23-year-old mother-of-one while speeding at 95mph in a 40mph zone, then claimed the car had been stolen to cover his tracks, has been jailed.

Teen driver Lewis Clark, 19, lost control of his friend’s Ford Fiesta while trying to undertake a motorbike at ‘excessive’ speed on a dual carriageway and ploughed into Courtney White from behind while she was walking along the pavement listening to music.

A court heard that Clark and his friends then fled the scene of the horror crash, leaving the young mother – whose three-year-old daughter Evie was at home – to ‘die alone’. She died at the scene from head and neck injuries.

Clark initially claimed that the Fiesta had been stolen from him and his friend at knifepoint when approached by police, before later handing himself in and admitting he’d been ‘f***ing around’ several days later. 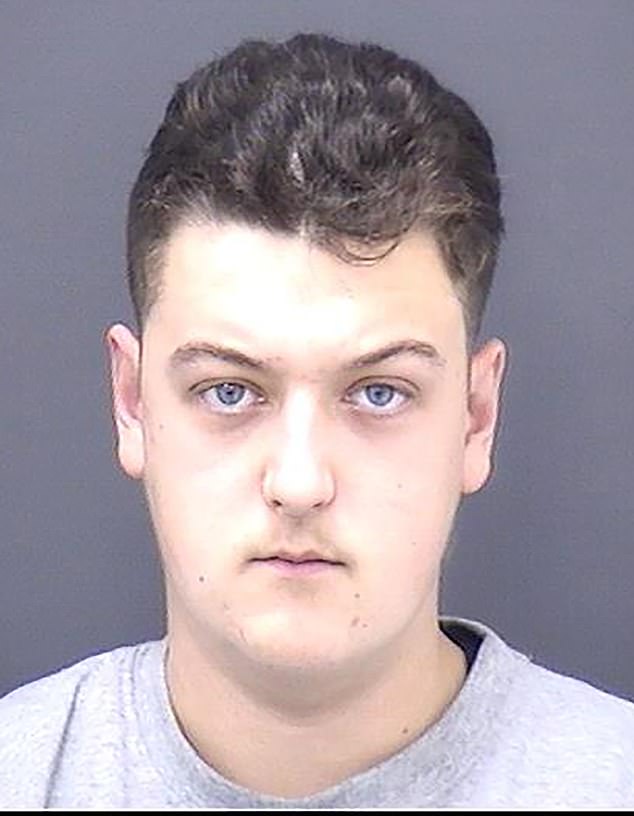 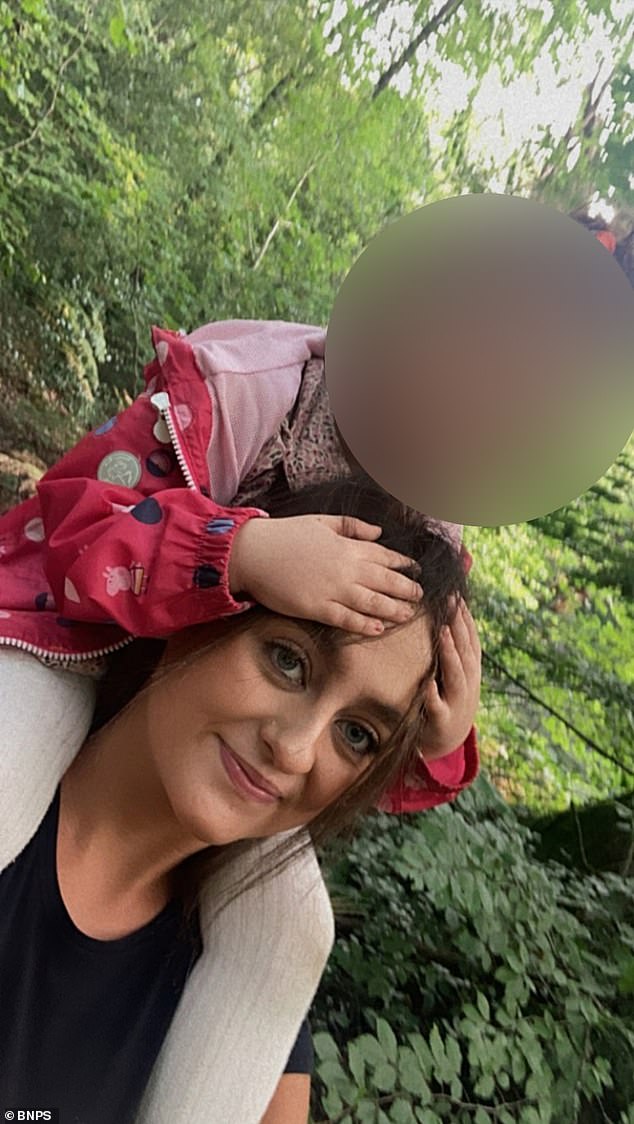 Speaking afterwards, Miss White’s mother, Jasmine, who is now raising her granddaughter Evie, now 4, said: ‘I’m not happy with the sentence, it should have been longer. The owner of the car should have got something as well.

‘Justice has not been served for Courtney.’

‘Her daughter still cries for her mummy. A beautiful young woman was taken from us and it is your fault.’

Miss White’s father, Joseph White, said: ‘How could anyone leave a human and run away? I wouldn’t leave an animal, never mind a human.’

The court heard the crash happened when Clark met friends at a petrol station on his motorbike. 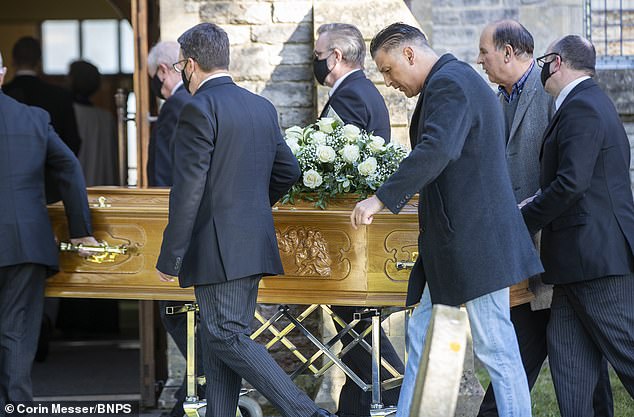 Clark abandoned the vehicle and fled the scene with his friends, leaving Miss White to ‘die alone’ 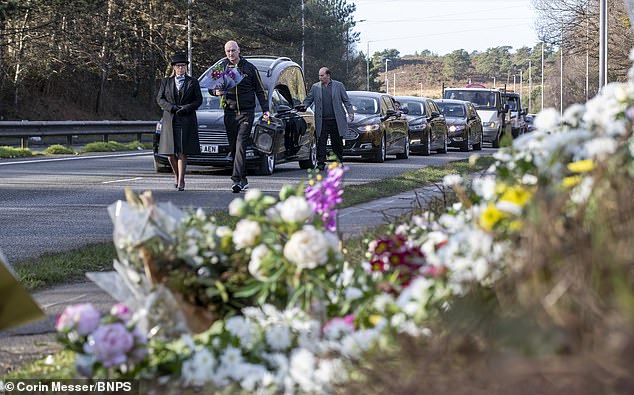 He and Mr Berry swapped vehicles even though Clark had not passed his driving theory test and that he had not driven a car for more than a year.

Stuart Ellacott, prosecuting, said: ‘The defendant was 19 with a provisional licence.

‘There were no learner plates and he was not insured on that vehicle. He is seen on CCTV to drive out on to the road and at the time has not put his lights on.’

Mr Ellacott said witnesses saw the Fiesta speeding at around 95 mph on the 40mph A3049 in Poole, Dorset.

The car then went to undertake a motorbike being ridden by one of Clark’s friends but lost control.

Mr Ellacott said: ‘He then tried to correct that by steering to the left. The vehicle then skewed across the road towards the curb. Having struck the curb it goes up onto the pavement and unfortunately that is where Miss White was and she was struck.

‘The defendant left the scene. The police were informed and despite the best efforts of the paramedics she was pronounced dead at the scene.

‘It is perhaps a blessing that she would have been deeply unconscious. The police were quite quickly able to find the address of Mr Berry.

‘While there he and the defendant returned. It was there that the claim was made that the vehicle had been stolen at knifepoint.

‘It was later embellished that they had been following the vehicle trying to recover it. He (Clark) maintained that he had not seen the victim.’ 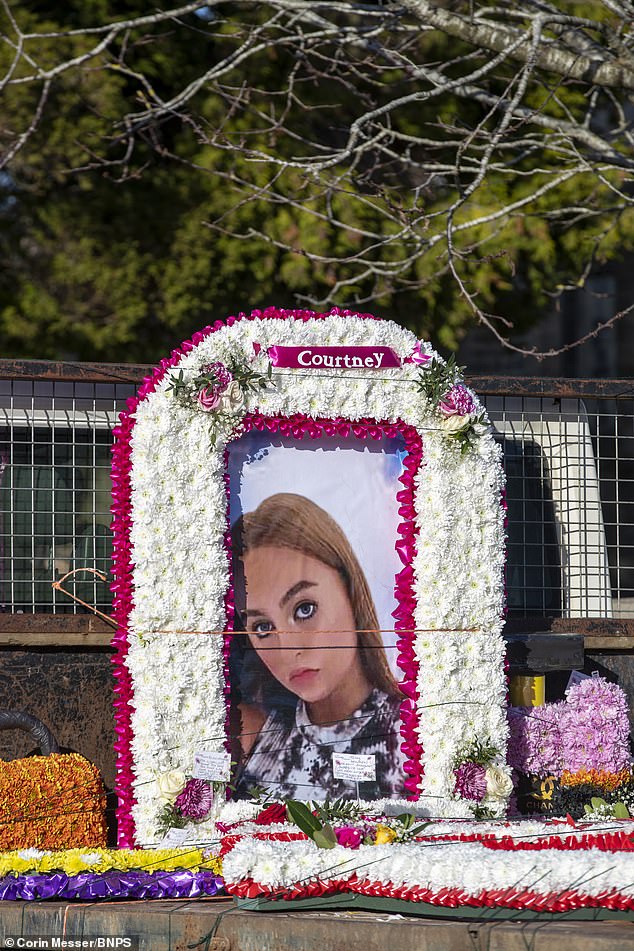 Days after the incident, Mr Ellacott explained, Clark handed himself in to police as he ‘wished to tell the truth’.

In the interview, he admitted to ‘f***ing around’ prior to the crash. He admitted he was rushing to undertake his friends

Tim Bradbury, defending, said the defendant accepted responsibility for Miss White’s death ‘unequivocally’ and has ‘no excuses for his conduct.

He said: ‘He would do anything to put the clock back but of course he can’t. He must face the consequences of his decisions.’

Mr Bradbury described him as a ‘young, foolish, and immature young man trying to impress friends by getting ahead of them on the road’.

When jailing Clark, Judge Robert Pawson said: ‘You were driving too fast. You were, in your own words, f***ing around. You undertook a motorcyclist too close.

‘You hit Courtney White from behind who was 23 and on the cusp of adult life.

‘She was facing the opposite direction when her life was taken away from her instantly.

‘The outcome of your behaviour and your stupidity is that the pain for the White family continues to be raw.

‘Her mother lives a nightmare every day.

‘The weight of your sentence will never come near to what the White family have to bear, which will in effect be a life sentence’.