A Victorian street running though Bradford University campus has been uncovered by first-year archaeology students who had time on their hands after their ordinary fieldwork trip was cancelled due to coronavirus.

The cobbled street dates from around 1880 and would have been covered over when Victorian terraced houses were demolished in the 1960s to make way for the construction of the university in its current form.

Prior to the West Yorkshire institution being built the area around it would have been lined with dozens of historic terraces, creating a warren of back alleys and yards.

The students who found the street would normally conduct fieldwork on the island of Orkney, off the coast of Scotland, but digging took place closer to home due to the coronavirus pandemic.

At the dig site, the students have already found objects including a 1950s Pepsi bottle, model aircraft wing and tableware. 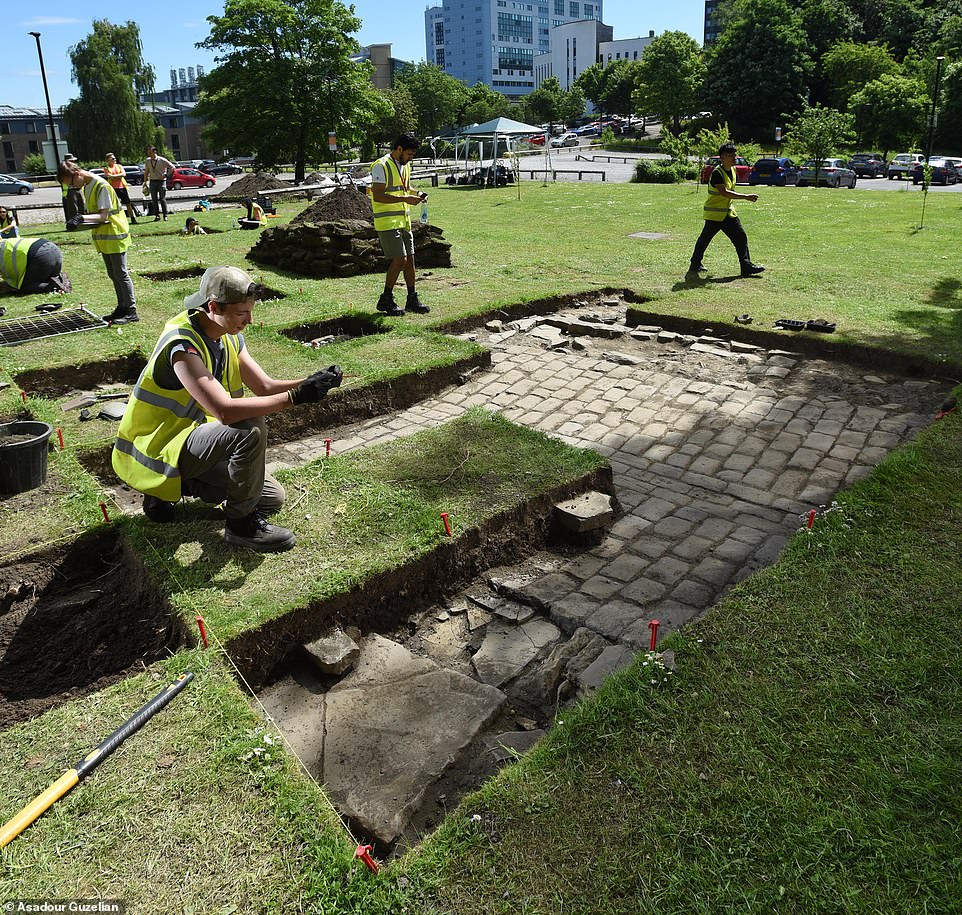 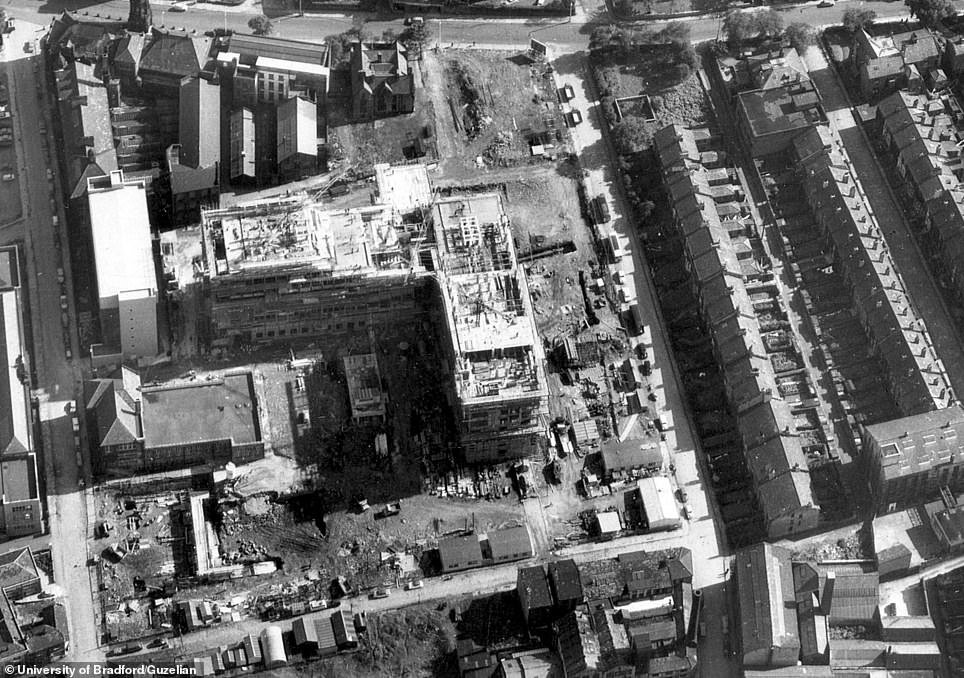 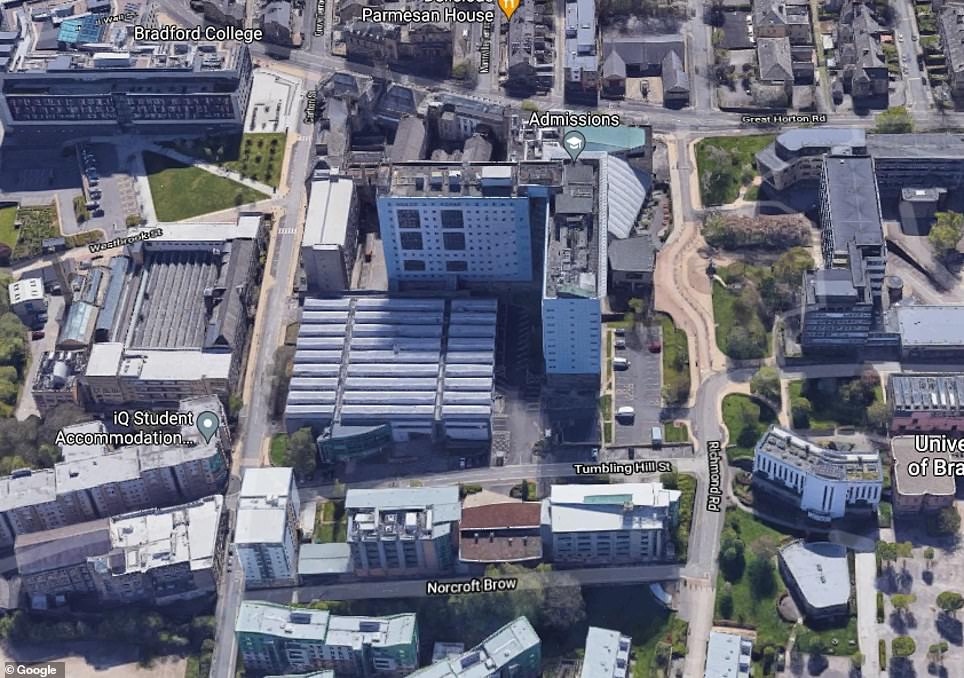 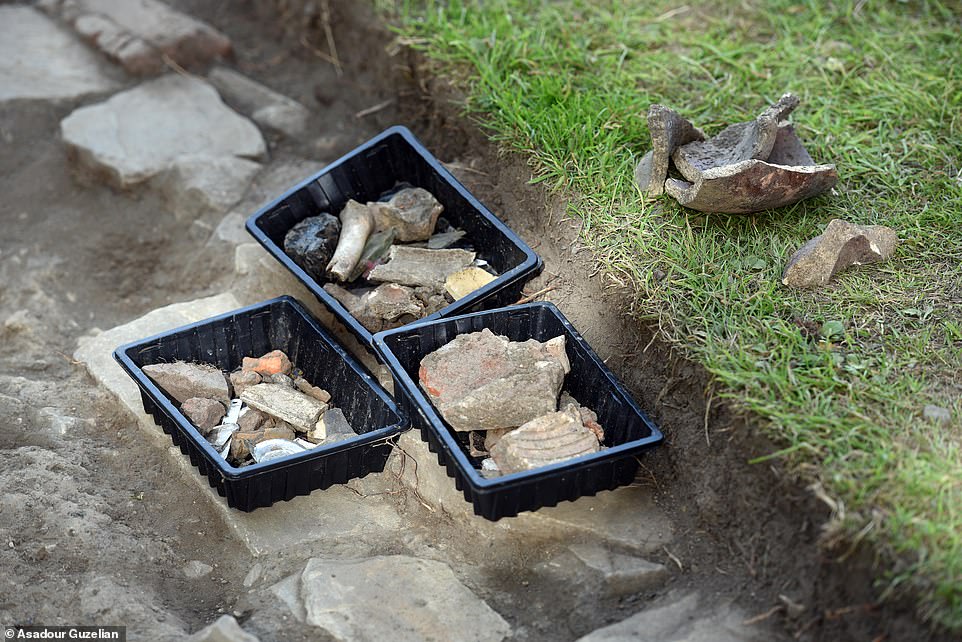 The students found pieces of pottery and other items at the site. They will cover the road with a protective sheet when they have finished their excavations

Dr Cathy Batt, head of the School of Archaeological and Forensic Sciences, said: ‘Normally, we run student training in Orkney but this year that was impossible due to Covid, so we thought we would turn that to our advantage and do something closer to home.

‘We started with a geophysical survey to understand what was beneath the ground and then put trenches in. What was found was a Victorian cobbled street and we’re now beginning to uncover the yards and outhouses that would have backed onto it.

‘At Bradford, archaeology is a very practically taught subject, with a lot of hands-on experience, which is why we were determined students would get to experience a dig this year, despite the pandemic.’

Dr Batt said that the team know from studying Ordnance Survey maps that the road ran next to the Listerhills Working Men’s Club, which was demolished when the university was built.

Dr Batt added: ‘When you discover objects like this, it doesn’t matter whether it’s 70 years or 7,000 years, it’s the story that object reveals in terms of its human connections. I think we have uncovered enough here to consider extending the dig for another year.’

Geophysicist Professor Chris Gaffney, from the Faculty of Life Sciences, said: ‘Although we are on campus we are conducting the dig using the same method as we would anywhere in the world.

‘It’s fascinating to imagine how life was then and how much our city has changed.’

University archaeologist Dr Ben Jennings told the BBC: ‘We did some research on Ordnance Survey maps to identify the street which was confirmed by ground-penetrating radar. 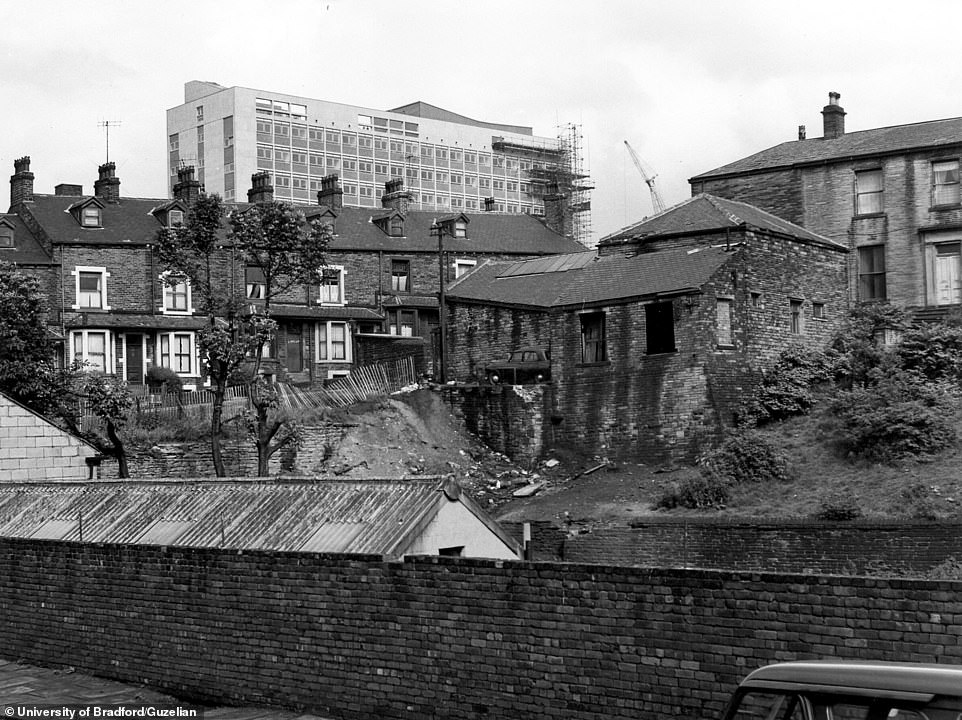 ‘Parts are only 15cm below ground because the housing was only demolished in the 1960s and then the university was built, which means there’s been very little time for soil to build up across the top.’

He added: ‘We had to improvise because of Covid and remembered when it was really warm two years ago there were some parch marks came up on campus which indicates there’s something beneath the surface.’

Student Erika DáNel said: ‘I’m very happy with what we’ve found so far and the fact it’s so near my accommodation is very helpful

Dr Jennings said that once the excavation is complete, a protective membrane will be put down to cover the road and the trenches they dug will be filled in again.

Next year’s first-year students will then be able to explore the site further.