SAO PAULO (Reuters) – Brazil’s armed forces on Sunday paid tribute to a 1964 coup leading to a two-decade dictatorship, after far-right President Jair Bolsonaro – who argues that military intervention saved the country from communism – reversed an 8-year-ban on celebrations. 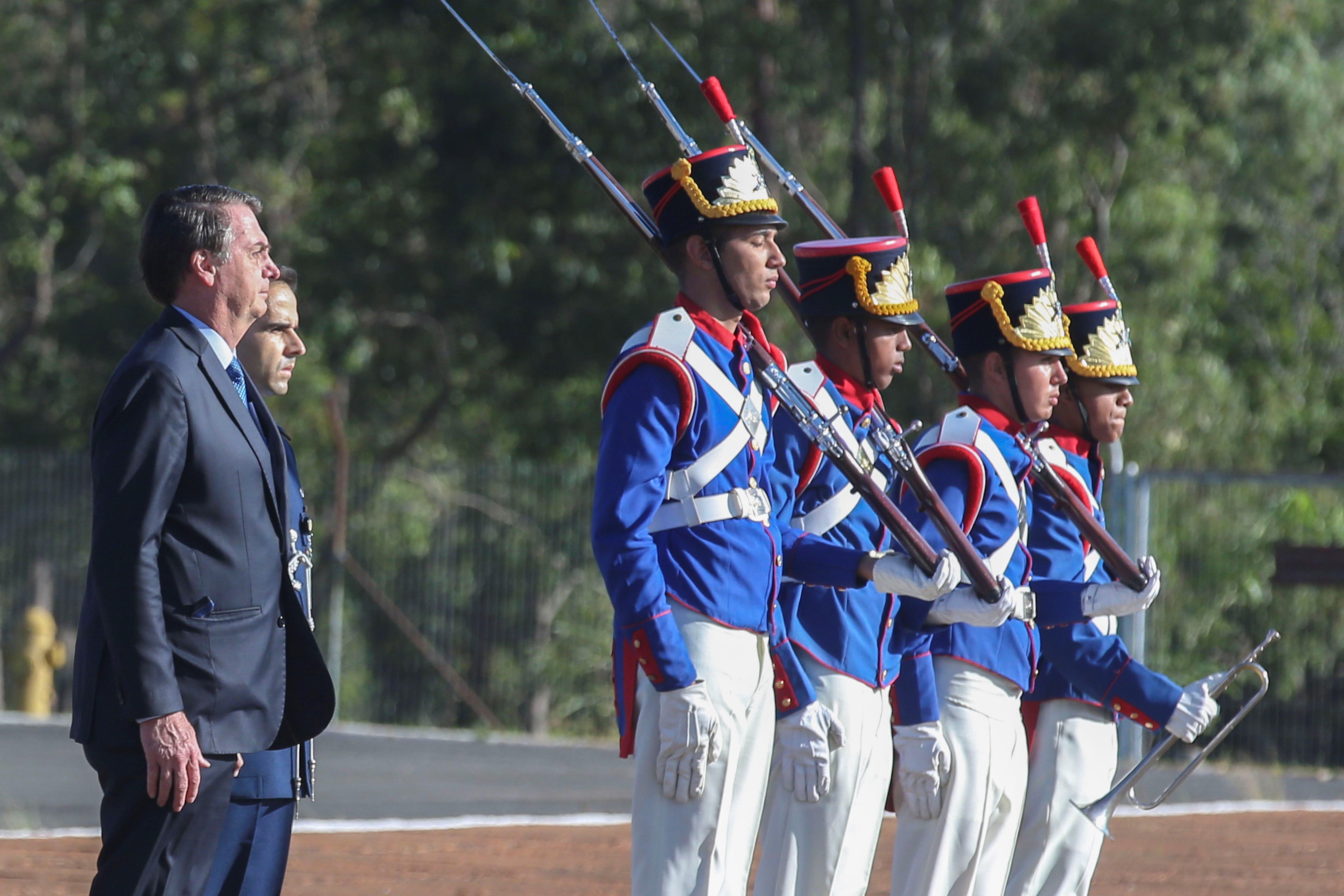 The move has stirred debate and underscored Bolsonaro’s support for a military government that executed hundreds, tortured thousands, shuttered Congress and left most Brazilians with dark memories of the period.

The military has not been allowed to observe the 1964 coup since 2011, when former President Dilma Rousseff, a one-time leftist guerrilla who was imprisoned and tortured under the dictatorship, ordered an end to events marking the date.

Brazil’s Defense Ministry said the armed forces will not hold public commemorations on Sunday. Bolsonaro is traveling abroad, but scheduled an event at the presidential palace on Friday to mark the anniversary with top military brass.

Bolsonaro, a retired Army captain, has long praised the 1964-85 military government and often said its biggest mistake was not killing enough leftists. Early in his political career he said on the floor of Congress that he was “in favor of a dictatorship” and that Brazil would “never resolve grave national problems with this irresponsible democracy.”

Like many in the military and part of the wider population, Bolsonaro considers the 1964 coup a saving grace. He has pointed to the collapse of the Venezuelan economy under its socialist government as proof the military saved Brazil from such a fate.

Instead of public celebrations, Brazil’s armed forces say they will hold internal programs and panels looking at events that led to Brazil’s coup, what happened during the military regime and the importance of the 1985 return to democracy.

Despite the more sober approach from the military, Bolsonaro’s public encouragement has dismayed many.

“By insisting on a celebratory tone, the president has once again shown that he is ambiguous about the democratic principles he claims to defend,” the Folha de S.Paulo newspaper wrote in an editorial this week.

“It’s evident he is more inclined to stir up the most extreme sectors of public opinion, who were among his earliest supporters in his presidential campaign.”

Federal prosecutors lashed out at Bolsonaro’s decision, saying in a written statement that allowing the celebration went against the president’s sworn duty to defend the Constitution.

“The 1964 coup, without a doubt and with no revisionist history, was a violent and undemocratic break of the Constitutional order,” the federal prosecutors’ office of citizen rights said.

While a majority of Brazilians look dimly on the dictatorship, some recall it as a time of order and relative safety, compared to the rise of violent crime in recent decades. Brazil in 2017 had 64,000 murders, by far more than any other country.

Fifty-one percent of Brazilians in a Datafolha poll published in October felt the dictatorship had left a negative legacy, while 32 percent said the period had been good for Brazil. The remaining 17 percent said they had no opinion.

The survey of 9,137 people across Brazil had a margin of error of 2 percentage points.

Brazil, unlike South American neighbors Argentina and Chile that also endured brutal, U.S.-backed military regimes during the Cold War, has never tried anyone for the murders, torture and other abuses carried out during its dictatorship.

In 2014, a Truth Commission report presented evidence that Brazil’s military regime had murdered or “disappeared” 434 political dissidents and tortured upward of 50,000 others.

But a 1979 amnesty law remains in effect, meaning that neither the military nor leftist guerrillas at the time have been held accountable.