The World Cup qualifier between Brazil and Argentina was halted just seven minutes into the game because of a dispute over COVID concerns.

Brazilian health officials went on to the pitch to stop the match in Sao Paulo on Sunday as they objected to three Argentina stars they felt should not be playing after apparently breaking quarantine rules.

The trio allegedly failed to reveal when they arrived in the city on Friday that they had recently been in England.

Under Brazilian rules, visitors who have been in the UK in the 14 days before entering the country must quarantine for a fortnight on arrival. 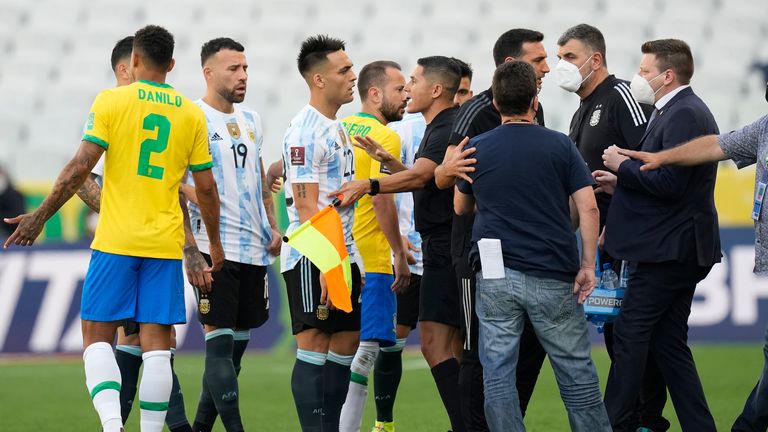 Although Anvisa did not name them, the players with Premier League clubs are Emiliano Buendia and Emiliano Martinez of Aston Villa, and Giovani Lo Celso and Cristian Romero of Tottenham.

Martinez, Lo Celso and Romero were named in Argentina’s starting line-up, while Buendia was not included in the squad.

Anvisa was tipped off the four players allegedly did not state they had been in the UK within the last two weeks on their immigration forms. The health regulator confirmed the details the players gave were “false”.

After Anvisa officials marched on to the field, the Argentinian team responded by walking off, but the teams’ coaches, along with Argentina captain Lionel Messi and Brazilian players, gathered at the side to discuss the stoppage. 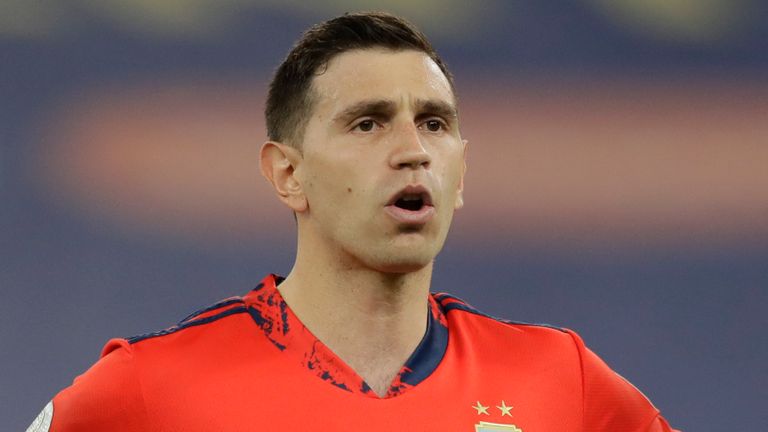 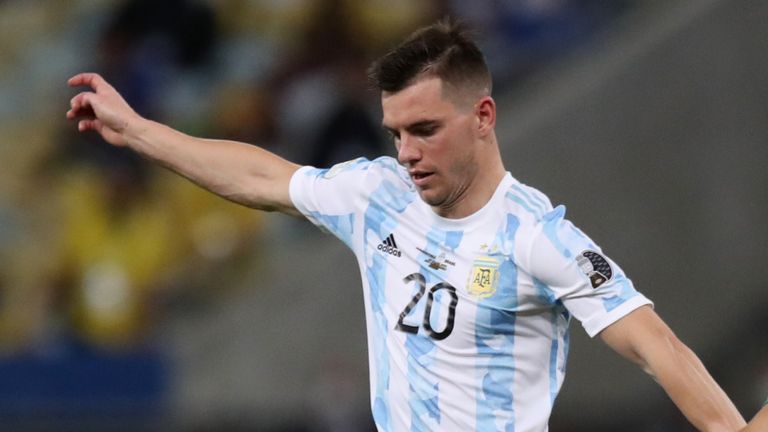 In comments heard on television, Messi said: “Why did they start the game and stop it after five minutes? We’ve been here at the stadium for an hour, they could have told us.”

Messi then returned to the dressing room, and about an hour later the match was officially suspended at 0-0.

Anvisa had sought the immediate isolation of the four players just hours before the clash.

“Anvisa considers the situation a serious health risk and so has asked local health authorities to determine the immediate quarantine of the players, who are stopped from participating in any activity and should be prevented from remaining on Brazilian soil,” it said in a statement ahead of kick-off. 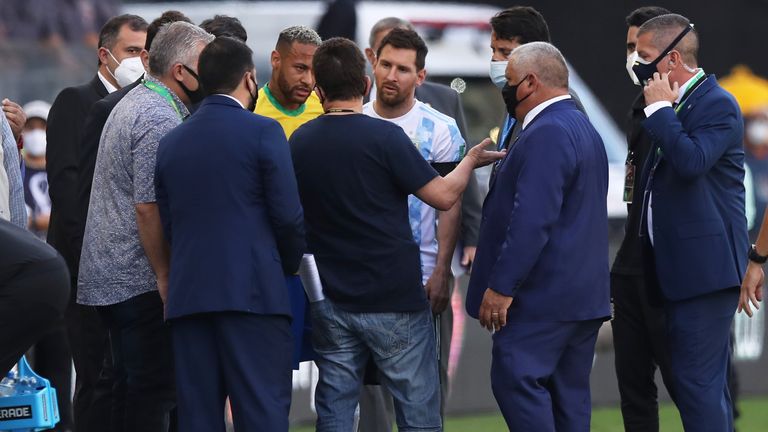 Argentina manager Lionel Scaloni insisted his players were not told they could not take to the field, telling reporters after the game: “I’ve come here so that our country can find out what’s happened. It makes me very sad.

“I’m not looking to find any guilty parties. Whether something happened or not, it wasn’t the right time for that intervention.

“It should’ve been a footballing spectacle for everyone to enjoy the best players in the world. I’d like the Argentine people to understand that as the national team coach, I have to defend my players.

“At no point were we notified that they couldn’t play. We wanted to play the game, as did the Brazil players.”

Argentinian FA president Claudio Tapia added his players had not lied about being in the UK before entering Brazil, saying: “There can’t be any talk of lies here because there is health legislation under which all South American competitions are played.

“Health authorities in every country approved a protocol that we have been fully compliant with.”