Brazilian President Jair Bolsonaro’s son, Eduardo Bolsonaro, has revealed on Twitter that he is infected with COVID-19.

The 37-year-old São Paulo Congressman became the second member of the hardline leader’s traveling contingent to test positive for the coronavirus following a trip to United Nations General Assembly in New York.

‘Despite the diagnosis, I’m feeling fine and I started treating myself immediately,’ Eduardo Bolsonaro wrote Friday morning. ‘Thanks for the hundreds of get-well wishes I’ve received. I’ll be back soon.’ 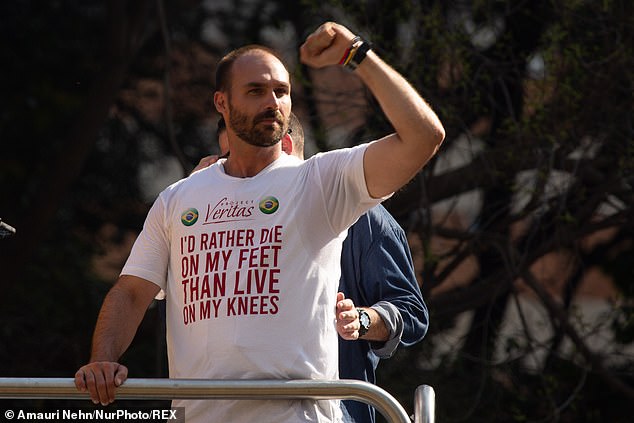 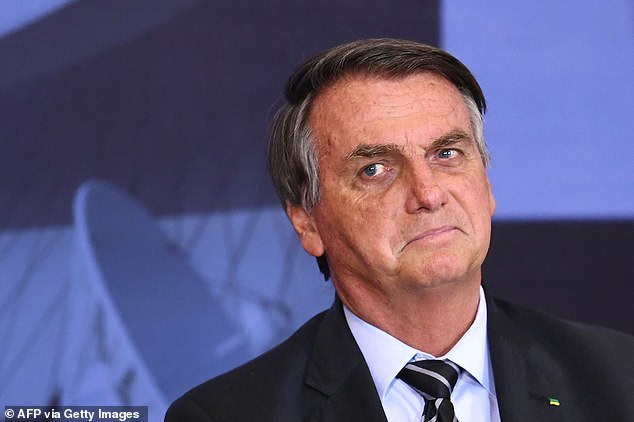 Brazil’s President Jair Bolsonaro has not tested positive for the coronavirus after Health Minister Marcelo Queiroga learned he was infected Tuesday in the middle of their trip to the U.N. General Assembly in New York

The far-right president – who contracted the virus in 2020, blasted critics for his handling of the pandemic, once compared the virus to a ‘little flu,’ and raised doubts over the vaccine – said during his weekly livestream on Thursday that he knew two vaccinated people in Brasilia who had contracted the virus recently, without naming them.

‘Today it came to my knowledge that two well-known people here in Brasilia have contracted the virus. I have spoken to both of them on the phone’, said President Bolsonaro, who is in isolation. 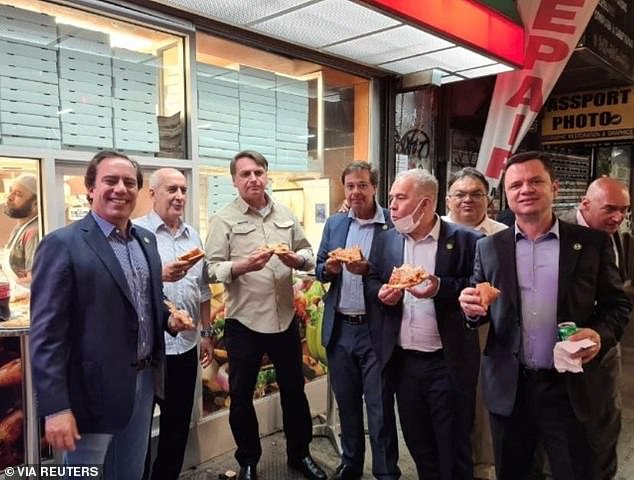 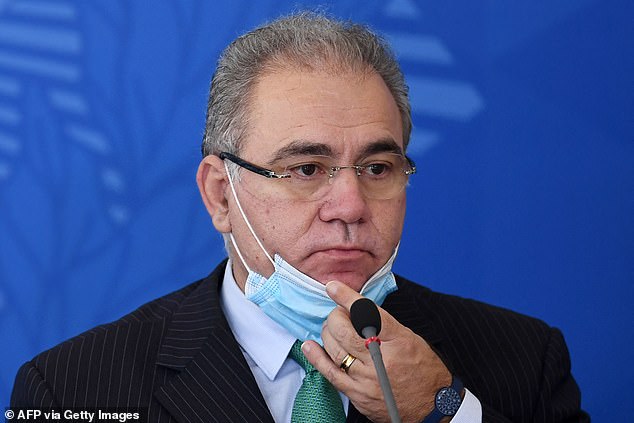 Health Minister Marcelo Queiroga is still in New York and quarantining after he tested positive for COVID-19 on Tuesday. He learned he had contracted the virus after meeting with British Prime Minister Boris Johnson, whose test came back negative 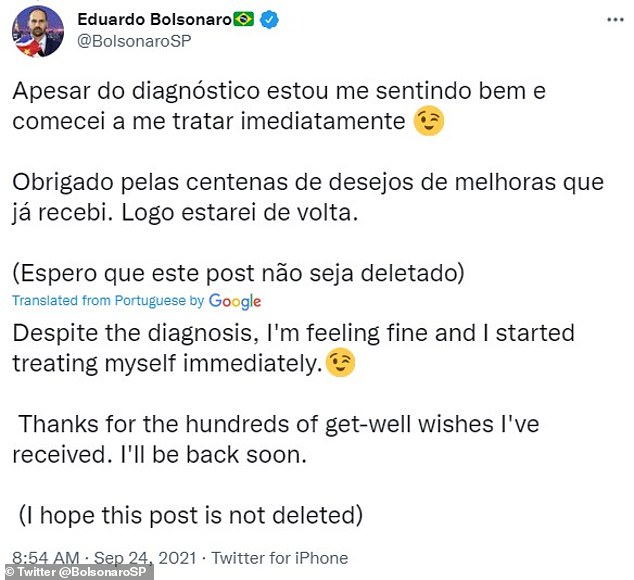 Eduardo Bolsonaro, son of Brazilian President Jair Bolsonaro, tweeted Friday that he was infected with the coronavirus 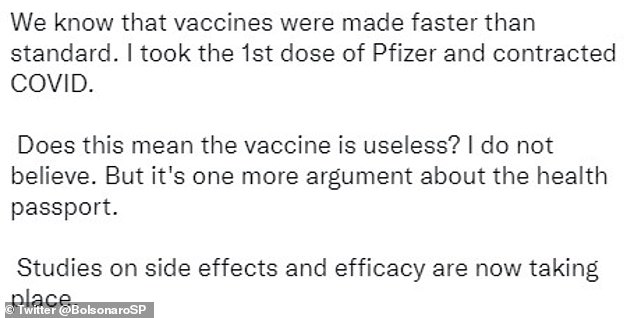 Brazilian Congressman Eduardo Bolsonaro took to Twitter on Friday to share that he had tested positive for the coronavirus, just three days after he had tested negative in New York upon learning that Health Minister Marcelo Queiroga had been infected

Unlike his unvaccinated father, Eduardo Bolsonaro also shared on Twitter that he had previously taken the first immunization jab.

‘We know that the vaccines were made faster than standard. I took the first dose of Pfizer and contracted COVID,’ he wrote. ‘Does this mean the vaccine is useless? I do not believe. But it’s one more argument about the health passport. Studies on side effects and efficacy are now taking place.’

Brazilian Agriculture Minister Tereza Cristina, who is vaccinated, also took to Twitter on Friday to break the news that she has also contracted the ravaging bug.

Her positive test came a week after meeting with G20 ministers in Italy.

According to John Hopkins University data updated Friday, Brazil is second in the globe behind the United States with 592,964 coronavirus deaths and it is third behind the U.S. and India with 21,308,178 confirmed cases.