Soccer coach fired from Brazilian professional team remains defiant after headbutting female referee during match: Says she’s ‘taking advantage of the situation because she is a woman’

A Brazilian soccer coach defiantly defended his actions after he was shown on camera attacking a female line judge on Sunday.

Soriano was on the field arguing a previous play when he was assessed a yellow card, just as the first half expired.

The irate coach pointed in disgust at the male referee as some of the other officials stepped in to intervene.

Soriano subsequently walked up towards Netto and lunged forward, striking her in the nose. 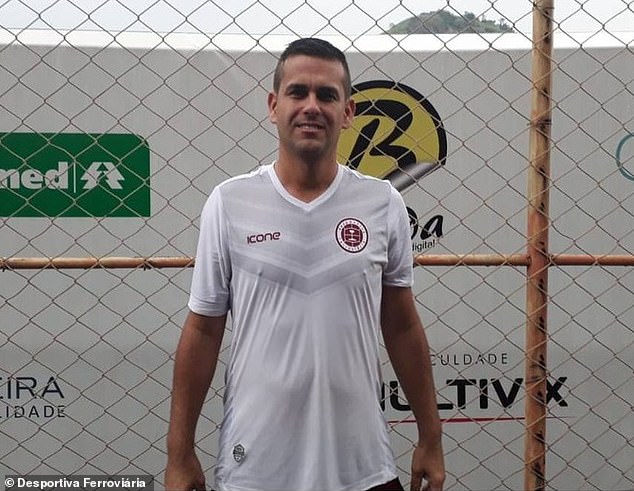 Rafael Soriano was fired by Brazilian soccer club Desportiva Ferroviária on Sunday after he headbutted female referee Marcielly Netto during the quarterfinals match against Nova Venécia. Soriano accused Netto of ‘wanting to take advantage because she’s a woman’ as part of the process to file charges 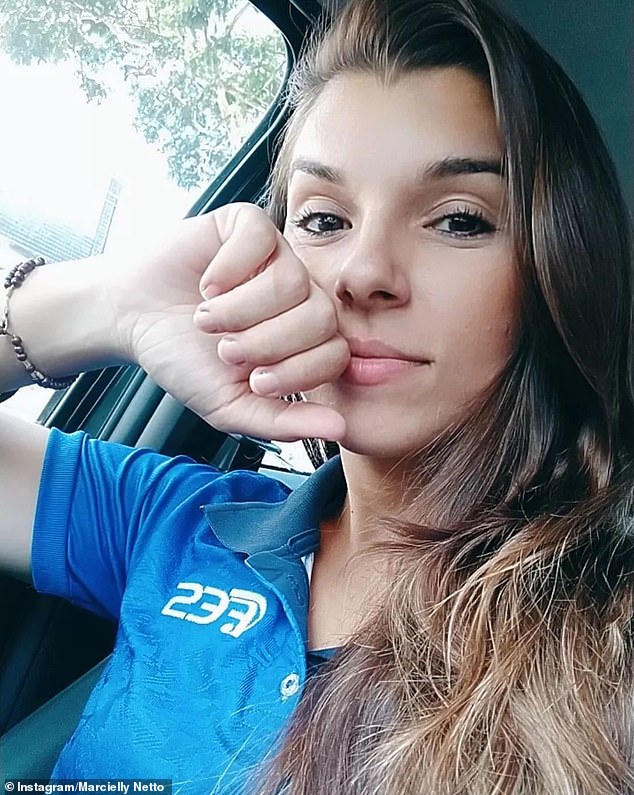 Marcielly Netto, a soccer line judge in Brazil, was attacked by Desportiva Ferroviária coach Rafael Soriano on Sunday after one of his players was assessed a yellow card 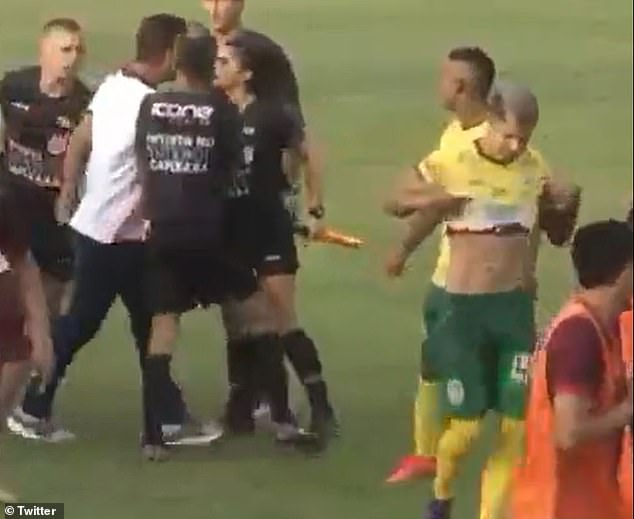 He was red carded and tossed from the game.

Soriano was interviewed after the game and accused Netto of using her gender to support the assault claim.

‘If you say I attacked you, we’ll go to the police station. We’re going to file a crime (report). If not, I will sue you,’ he said in an interview with TV Educativa. ‘She’s saying that I assaulted her. Lie. She is using herself because she is a woman. She’s wanting to take advantage because she’s a woman. Gonzalo was cornered, she pushed the players and now she wants to say she was attacked. Lie.’ 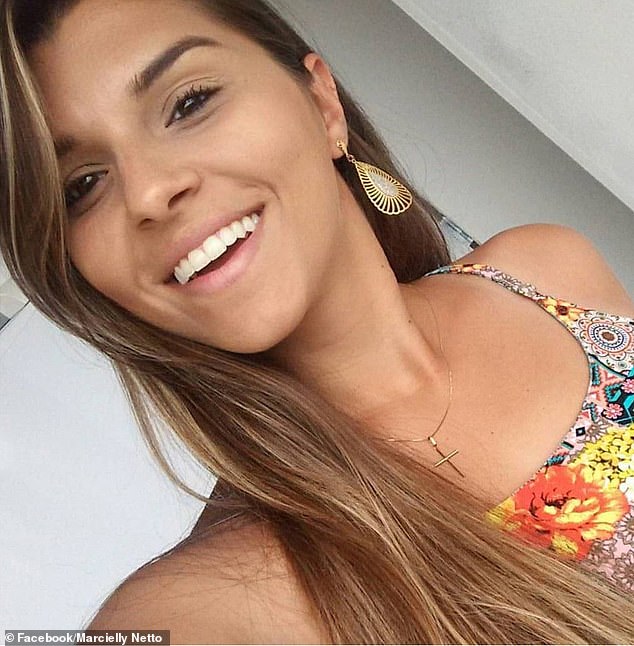 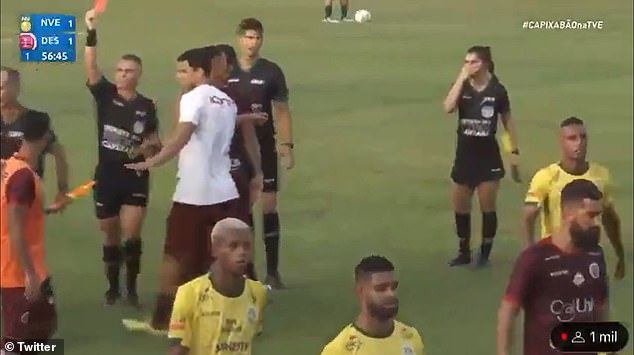 Marcielly Netto grabs her nose after she was headbutted by Rafael Soriano, who was fired as coach by Brazilian soccer club Desportiva Ferroviária

‘Desportiva Ferroviária informs the public that it repudiates any type of violence, whether physical, verbal, moral or emotional, especially against women,’ the club said in a statement. ‘We e sympathize with the assistant referee, Marcielly Netto, making us available for whatever is necessary.’

In addition, Soriano was suspended for 30 days by the Desportiva do Espírito Santo Court of Justice. 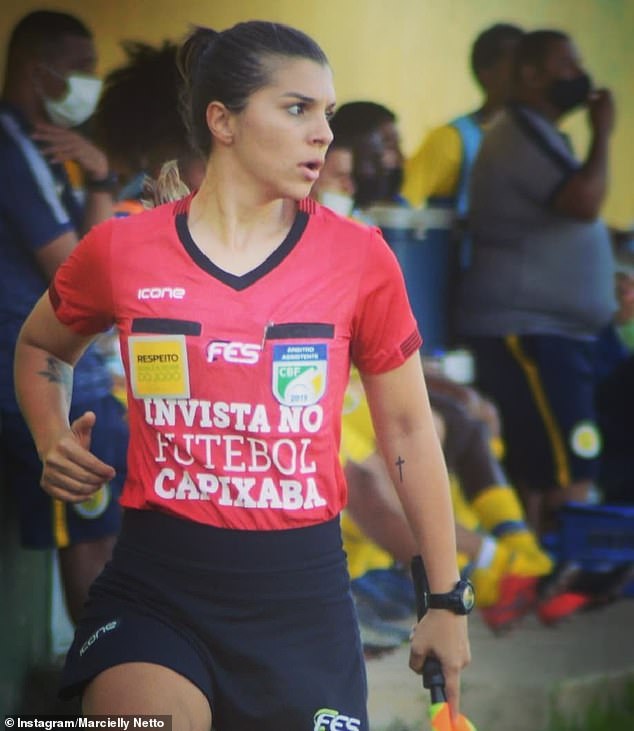