BRASILIA (Reuters) – Brazilian Health Minister Luiz Henrique Mandetta said on Monday he will continue in his post after overcoming a disagreement with President Jair Bolsonaro over the need for social distancing to stop the spread of coronavirus. 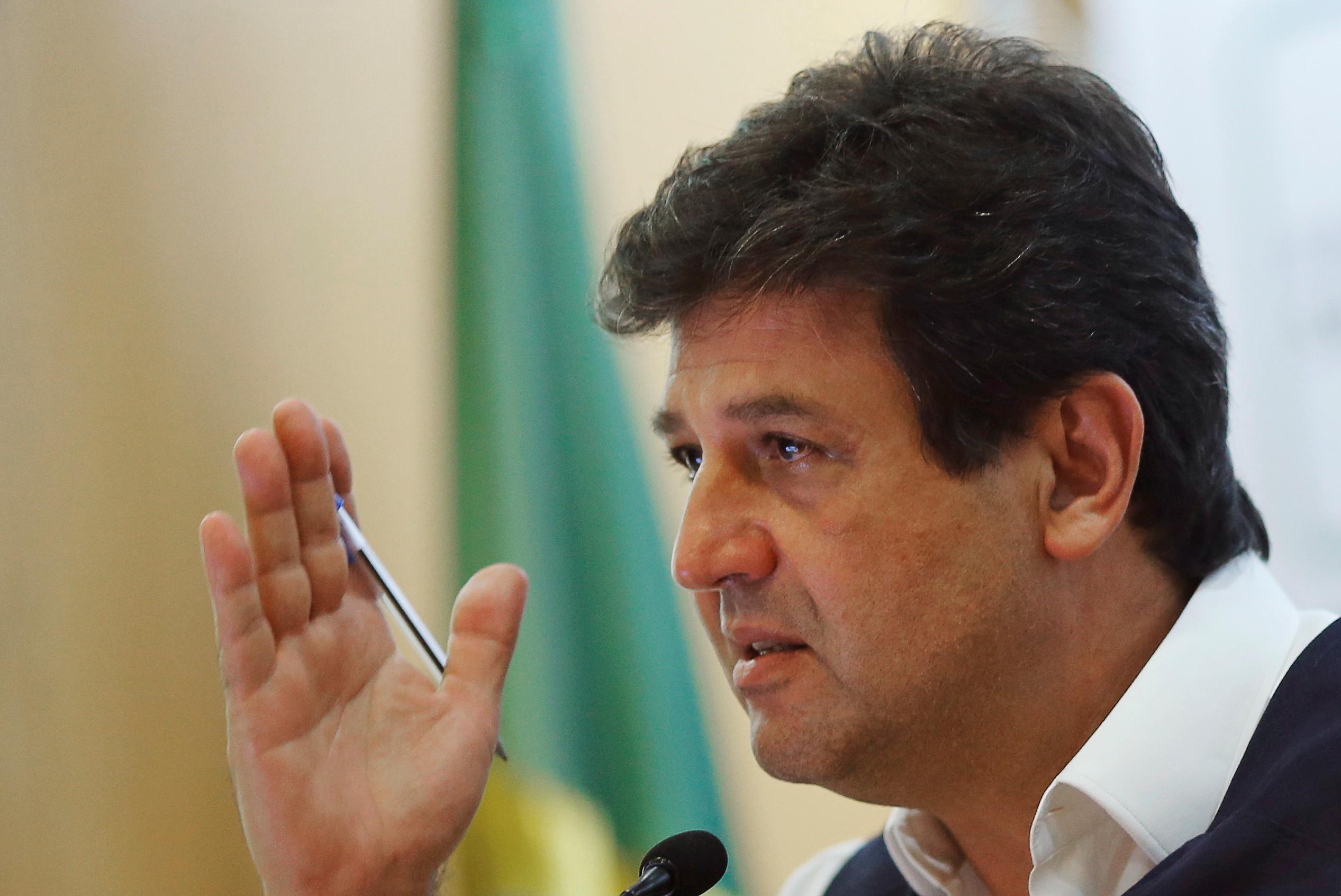 “A doctor does not abandon his patient. We will continue,” he said at a news conference at the end of a day of speculation over whether Bolsonaro would fire him in the midst of an escalating public health crisis.

“The government is taking a new position and it will be more focused” on the epidemic, Mandetta said, confirming he had won an arm-wrestle with the president over the need for isolation.

Mandetta, a doctor by training, has openly contradicted the far-right president who has minimized the danger of the epidemic and opposed lockdowns that are stalling the economy.

The minister’s stance, however, received widespread support, which irked Bolsonaro and led him to say last week: “Nobody should forget that I’m the president.”

Bolsonaro’s denial of the need to reinforce social distancing led to a split in his cabinet, with top military officers in the government opposing him and siding with Mandetta, including his Presidential Chief of Staff Walter Braga, an active duty Army general.

Mandetta told reporters he was not able to get much work done on Monday, with uncertainty over his future reaching the point where he emptied out his desk.

The minister said he was just a spokesman for Brazil’s health system whose workers are battling to cope with the advance of coronavirus in Brazil, where confirmed cases have doubled in the last six days to 12,056, with 553 related deaths.

“We are not ready for the escalation of cases in our biggest cities,” he warned, saying that Brazil must nail down purchases of medical supplies from China and then send for them by plane.

Mandetta said social interaction will inevitably spread the virus to the most vulnerable sectors of Brazil’s population of 211 million people, such as the teeming slums or favelas of its big cities.

We will use your email address only for sending you newsletters. Please see our Privacy Notice for details of your data protection rights. Epic, otherworldly,…

Ladislas Ntaganzwa convicted for plotting to exterminate Tutsis and ordering the killing of more than 25,000 people. A Rwandan court has handed a life sentence…