LONDON (Reuters) – Prime Minister Boris Johnson puts his last-minute Brexit deal to a vote in an extraordinary sitting of the British parliament on Saturday, a day of reckoning that could decide the course of the United Kingdom’s departure from the European Union. 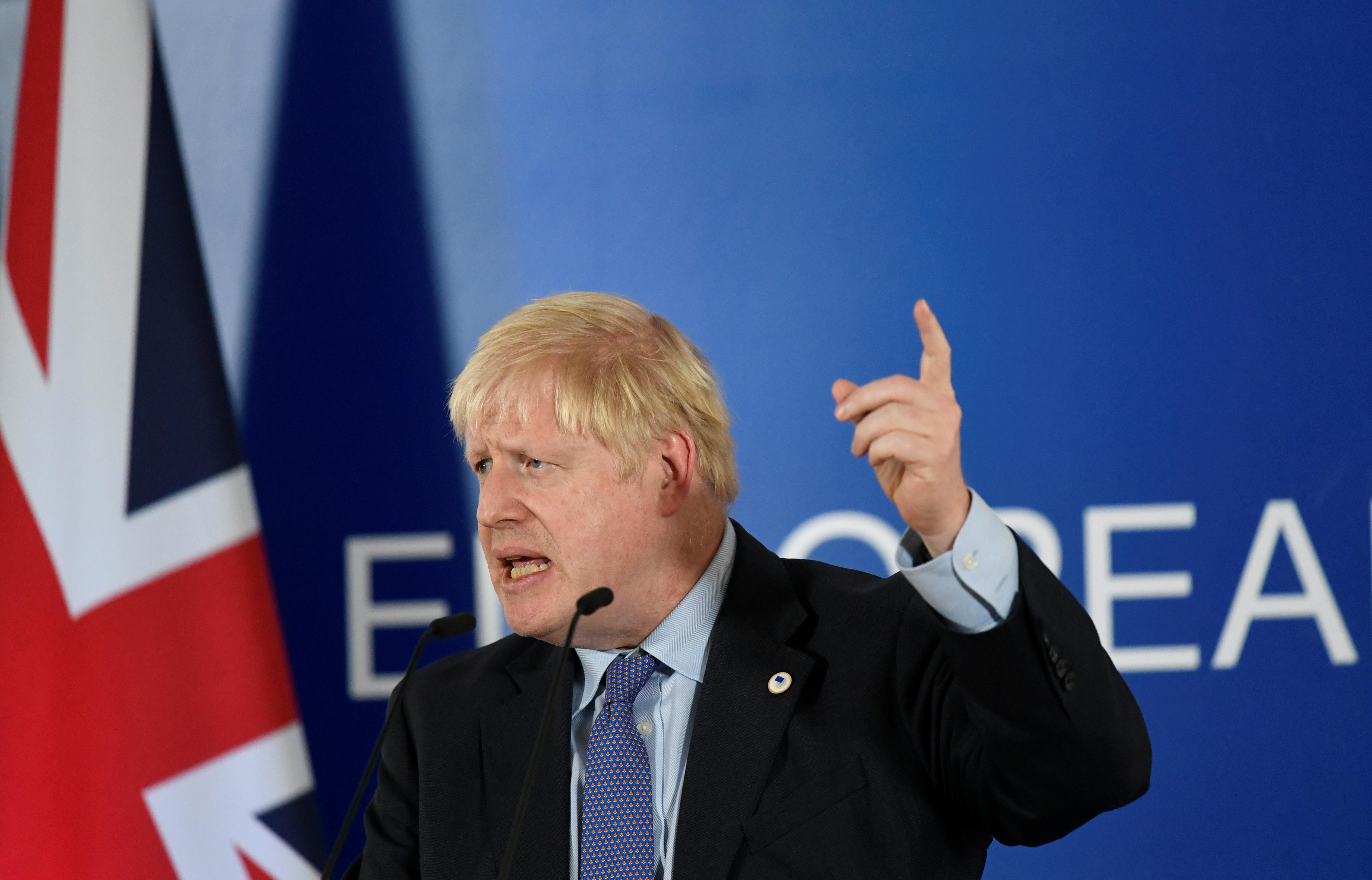 More than three years since the United Kingdom voted 52-48 to be the first sovereign country to leave the European project, Johnson will try to win parliament’s approval for the divorce treaty he struck in Brussels on Thursday.

In a day of Brexit high drama, lawmakers convene for the first Saturday sitting since the 1982 Argentine invasion of the Falklands, while hundreds of thousands of people march to parliament demanding another referendum.

Johnson cast the vote in parliament as the last chance to secure an orderly Brexit. Though he is obliged by law to seek a Brexit delay if his deal falls, Johnson said the United Kingdom would still leave on Oct. 31. He didn’t explain how.

“There have been any number of  false dawns. Deadlines for our departure have come and gone,” Johnson, the face of the 2016 campaign to leave the EU, wrote in Britain’s best selling newspaper, The Sun. “Today can be the day we get Brexit done.”

The so called “Super Saturday” Brexit extravaganza tops a frenetic week which saw Johnson confound his opponents by clinching a new Brexit deal only to find his Northern Irish allies oppose the deal he struck.

In a divided parliament where he has no majority and opponents are plotting maximum political damage ahead of an imminent election, Johnson must now win the support of 320 lawmakers to pass his deal through a booby-trapped legislature.

If he wins the vote, Johnson will go down in history as the leader who delivered a Brexit – for good or bad – that pulls the United Kingdom far out of the EU’s orbit.

If he fails, Johnson will face the humiliation of Brexit unraveling after repeatedly promising that he would get it done – “do or die” – by Oct. 31.

Parliament will sit from 0830 GMT on Saturday. Johnson will make a statement to lawmakers, after which there will be a debate and then votes on amendments and finally – if all goes according to the government’s plan – his deal.

Downing Street cast the vote as a last chance to get Brexit done with lawmakers facing the option of either approving the deal or propelling the United Kingdom to a disorderly no-deal exit that could divide the West, hurt global growth and trigger violence in Northern Ireland.

“Today we MPs (Members of Parliament) have the chance to free you from the never-ending Brexit saga and move this country forward,” Johnson wrote. “In less than two weeks, on October 31, we would be out of the EU.”

Johnson won the top job by staking his career on getting Brexit done by the latest deadline of Oct. 31 after his predecessor, Theresa May, was forced to delay the departure date. Parliament rejected her deal three times, by margins of between 58 and 230 votes earlier this year.

To win the vote, though, Johnson must persuade enough Brexit-supporting rebels in both his own Conservative Party and the opposition Labour Party to back his deal. His Northern Irish allies and the three main opposition parties oppose it.

And he must navigate a legislative jungle that his opponents are trying to booby trap with amendments that could wreck his path to Brexit.

One expelled Conservative lawmaker, Oliver Letwin, has proposed that the decision on whether to back a deal be deferred until all the legislation needed to implement the terms of the deal has been passed through parliament.

This proposal will be put to a vote at the end of Saturday’s debate if selected by Speaker John Bercow. If the amendment is approved by parliament, Johnson’s deal would not then be put to a vote on Saturday.

That would be major setback that would leave Brexit, yet again, up in the air as thousands of protesters demanding another referendum mass outside the railings of the 800-year-old parliament.

Aimed at preventing the United Kingdom from somehow dropping out of the EU without a deal, the Letwin move would in effect force Johnson to delay Brexit until all the laws needed to leave have passed through parliament’s multi-stage approval process.

Even though Johnson believes this can be achieved by Oct. 31, others think it would need a short ‘technical’ delay.

A law passed by Johnson’s opponents obliges him to ask the EU for a Brexit delay until Jan. 31 2020 unless he has secured approval for his deal by the end of Saturday.

“My aim is to ensure that Boris’s deal succeeds,” Letwin said. “But that we have an insurance policy which prevents the UK from crashing out on 31 October by mistake if something goes wrong during the passage of the implementing legislation.”