Tory Brexiteer claims it is ILLEGAL for the UK to stay in the EU beyond this Friday: Bill Cash ‘will launch legal action’ if the Tusk forces May to accept year-long Brexit delay tonight 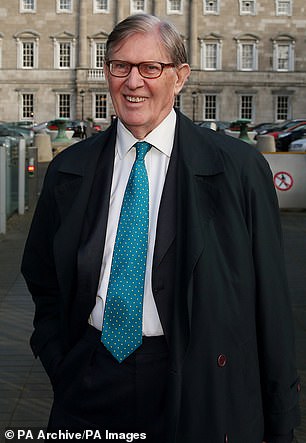 An arch-Eurosceptic today warned the EU he will launch a legal challenge in Britain if they delay Brexit for up to a year tonight.

Tory MP Sir Bill Cash says he believes it will be illegal for the UK to be kept in the bloc beyond Friday and will go to court if Theresa May accepts any Article 50 extension.

Sir Bill, who represents Stone in Staffordshire, has made the legal action threat in a letter sent to European Council President Donald Tusk today.

It says: ‘Any decision by the Prime Minister to accept a long extension to Article 50 is likely to be challenged in the UK courts’.

In the warning, which he asked ‘be taken into account’ during today’s EU Council talks, Mr Cash wrote: ‘It is a fundamental principle of British constitutional law that the Government may not use their powers – including their powers to make international agreements – so as to frustrate the intention of Parliament.

He added: ‘It is very important to note that Parliament’s legal intention for the UK to leave the EU is not conditional upon a withdrawal agreement’.

Mr Cash continued: ‘There is a clear legal route for the legislative will of Parliament to be delivered: the UK can exercise its legal entitlement to leave the EU on April 12 2019 in accordance with Article 50(3). 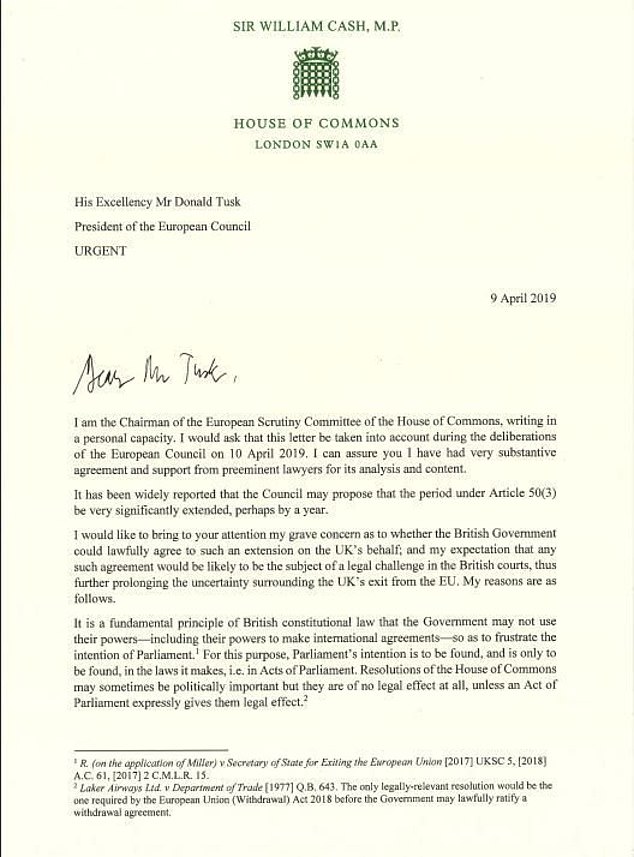 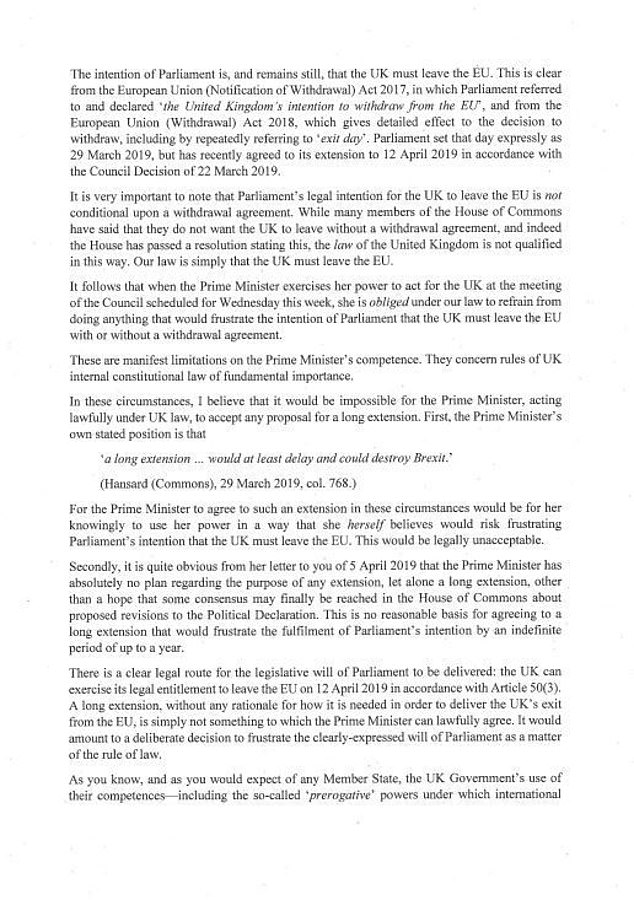 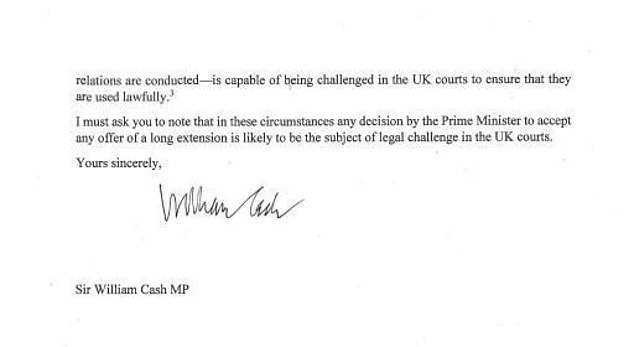 Mr Cash, who represents Stone in Staffordshire, has made the legal action threat in a letter sent to European Council President Donald Tusk today.

‘A long extension, without any rationale for how it is needed in order to deliver the UK’s exit from the EU, is simply not something to which the Prime Minister can lawfully agree.

‘It would amount to a deliberate decision to frustrate the clearly-expressed will of Parliament as a matter of the rule of law.’

Ministers remain determined to take Britain out of the EU at the ‘earliest opportunity’, Brexit Secretary Stephen Barclay said, as Brussels appeared poised to grant a lengthy delay to Britain’s departure.

Theresa May meets the leaders of the remaining EU 27 later on Wednesday to press her case for a further extension to the Article 50 withdrawal process to June 30 to allow her more time to get a deal through Parliament.

But amid increasing frustration among EU leaders, European Council president Donald Tusk is recommending a longer delay of up to a year, with an opportunity to leave before then if a deal is agreed.

However the prospect of an extended delay has infuriated many Conservative MPs, already angry that the UK has missed its original departure date of March 29.

In the Commons on Tuesday, 97 Tory MPs voted against a motion backing Mrs May’s call for an extension which only passed with the support of opposition MPs.

Mr Barclay insisted the Prime Minister did not want to see a lengthy delay, which was why the Government was asking only for an extension to the end of June.

He said the UK could still leave before that date if it got an agreement through Parliament in time and that ministers were committed to leaving at the ‘earliest opportunity’.

Mr Barclay however sidestepped questions as to whether Mrs May could remain in office if the EU insisted on a longer delay, saying it was the failure of MPs to support a deal which had handed the initiative back to Brussels.