Bring back Boris Johnson! Theresa May should pay for the Chris Pincher scandal, says victim of groping MP, arguing Mrs May’s woeful judgement is being ignored by Tories

As the coup that ousted Boris Johnson unfolded, I watched almost in disbelief.

The most successful Tory Prime Minister Britain has seen in 30 years was being forced out of office over a scandal that was none of his doing.

A group of ambitious Cabinet ministers and their acolytes had taken it upon themselves to bring him down, aided and abetted by a broadcast media that appeared bent on turning petty peccadilloes into earth-shattering scandals.

Meanwhile, his many achievements, such as delivering on Brexit, organising a world-beating Covid vaccine programme, and backing Ukraine to the hilt while others dithered, were mocked, belittled, and, finally, overlooked.

The straw that broke the camel’s back was the Chris Pincher affair, the revelation that the party’s deputy chief whip had committed a series of sexual assaults on young men and that the Prime Minister had been made aware of the allegations three years earlier. 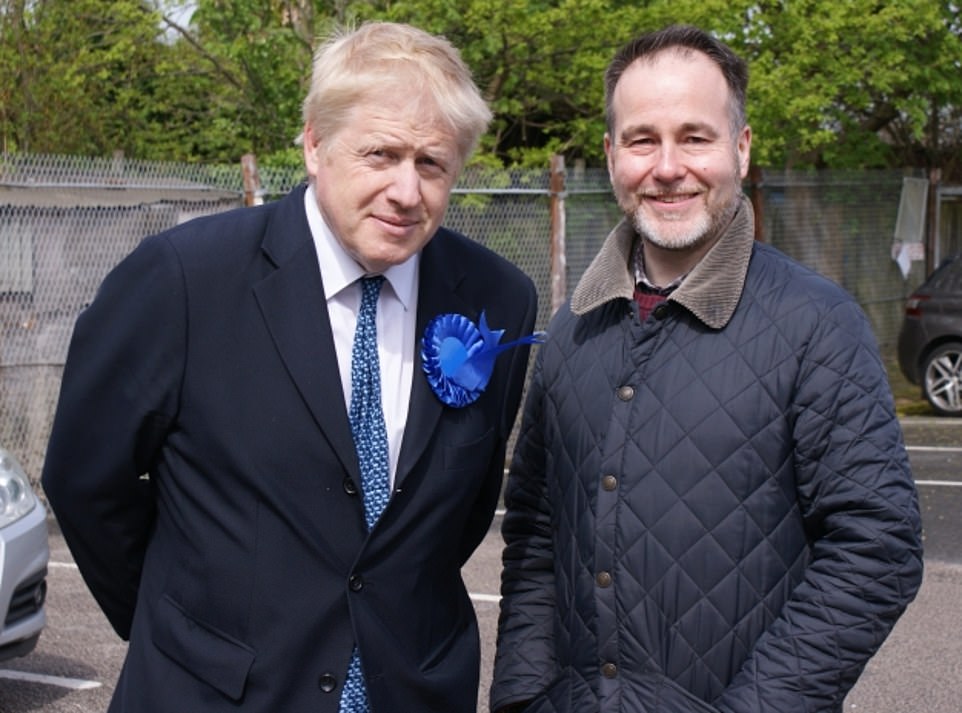 The day after this had been confirmed by Downing Street, the Health Secretary Sajid Javid resigned, followed minutes later by Chancellor Rishi Sunak.

Both men spouted pieties about concepts such as ‘competence’ and ‘integrity’ but the truth, it seems to me, was that they had scented blood and it wasn’t long before others did too.

Within hours, Boris was dead in the water and he resigned less than 48 hours later.

The tragedy of this is not just that a great man is leaving No10, but the scandal that caused his downfall was a timebomb left ticking by his predecessor Theresa May.

And no one is in a better position to make this allegation than me – because I was embroiled in the whole ugly business from the very start.

In 2001, I was an idealistic Tory activist hoping for a Westminster career.

I had been part of the 1996 British rowing team at the Olympic Games in Atlanta, and one of the victorious Cambridge eight in the Varsity race on two occasions but, thanks to a back injury, my career as an athlete had been ended at the tender age of 26. 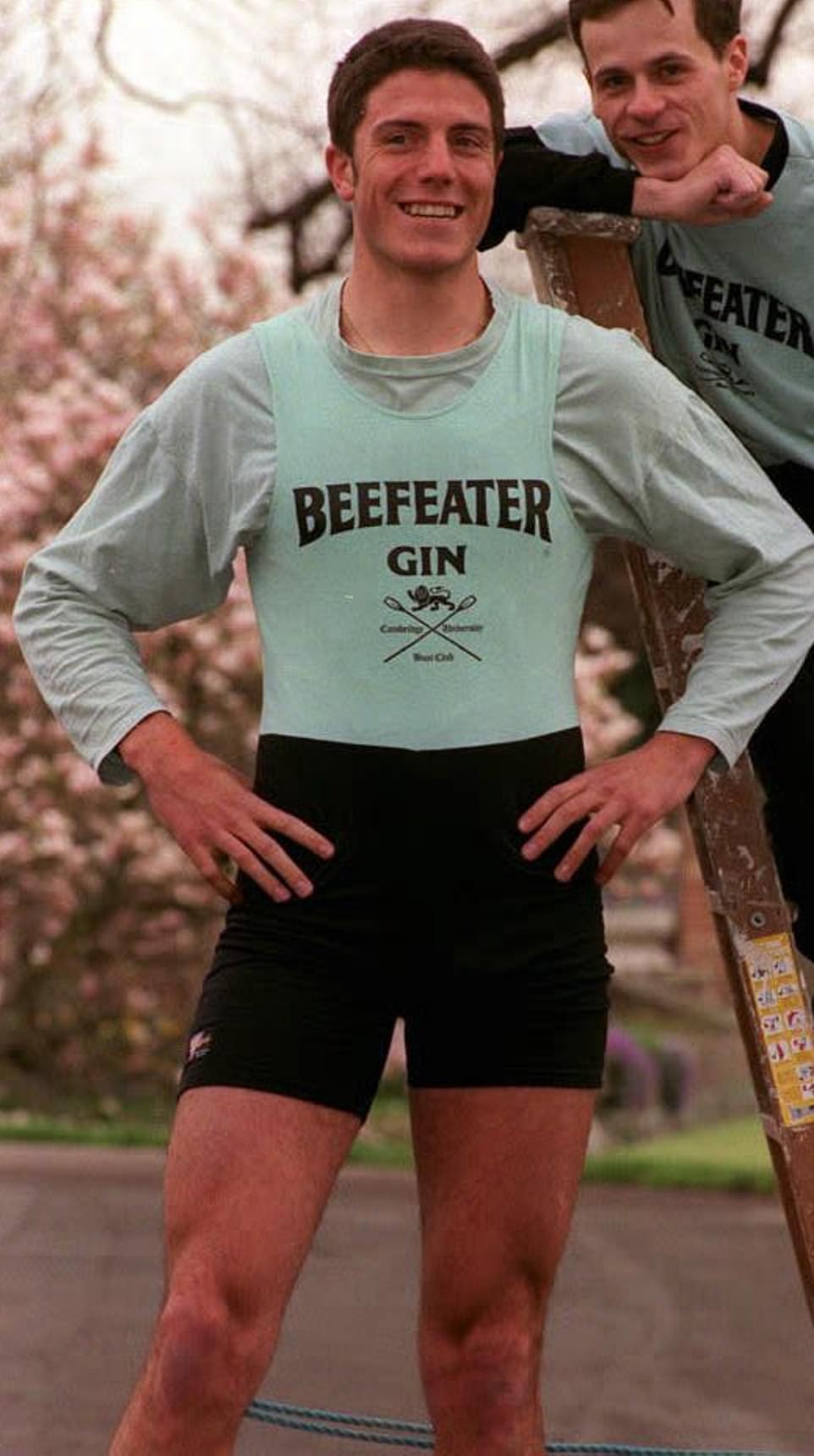 ‘I had been part of the 1996 British rowing team at the Olympic Games in Atlanta, and one of the victorious Cambridge eight in the Varsity race on two occasions,’ said Alex Story

Now I was keen to devote myself to public service and so I joined the team at Conservative HQ in London to help with telephone canvassing. After a long day manning the phones, I joined a group of colleagues for a drink in a nearby pub. Among the group was Chris Pincher, who was about six years older than me and had already stood as a parliamentary candidate in the 1997 General Election.

Chris suggested heading on to a restaurant, but once we were in a taxi announced he had to stop at his flat first.

Maybe I was naive, but I suspected nothing until, as I sat on his sofa, he started to fumble with my clothes, untucking my shirt.

Then he tried to give me a shoulder massage, whispering, ‘You’ll go far in the Conservative Party.’ I made it clear that I was straight and tried to dismiss it with a joke: ‘We’ve only just met, let’s stay friends.’

He retreated to another room – and when he reappeared, I was surprised to see he was wearing a bathrobe, open to the waist.

It was both obscene and comical. The phrase I used later was that he looked like ‘a pound shop Harvey Weinstein’, a reference to the Hollywood producer now serving a jail sentence for molesting young women.

Twenty years ago, when the social climate was very different, the tale of my ordeal provoked hilarity among my rowing friends.

But it took on a very different complexion in 2010 when Pincher became a Conservative MP and then went on to become a high-flyer under Theresa May and her chancellor, Philip Hammond.

The man I’d seen as a grubby sex predator was made parliamentary private secretary to Mr Hammond in 2015, when he was foreign secretary. 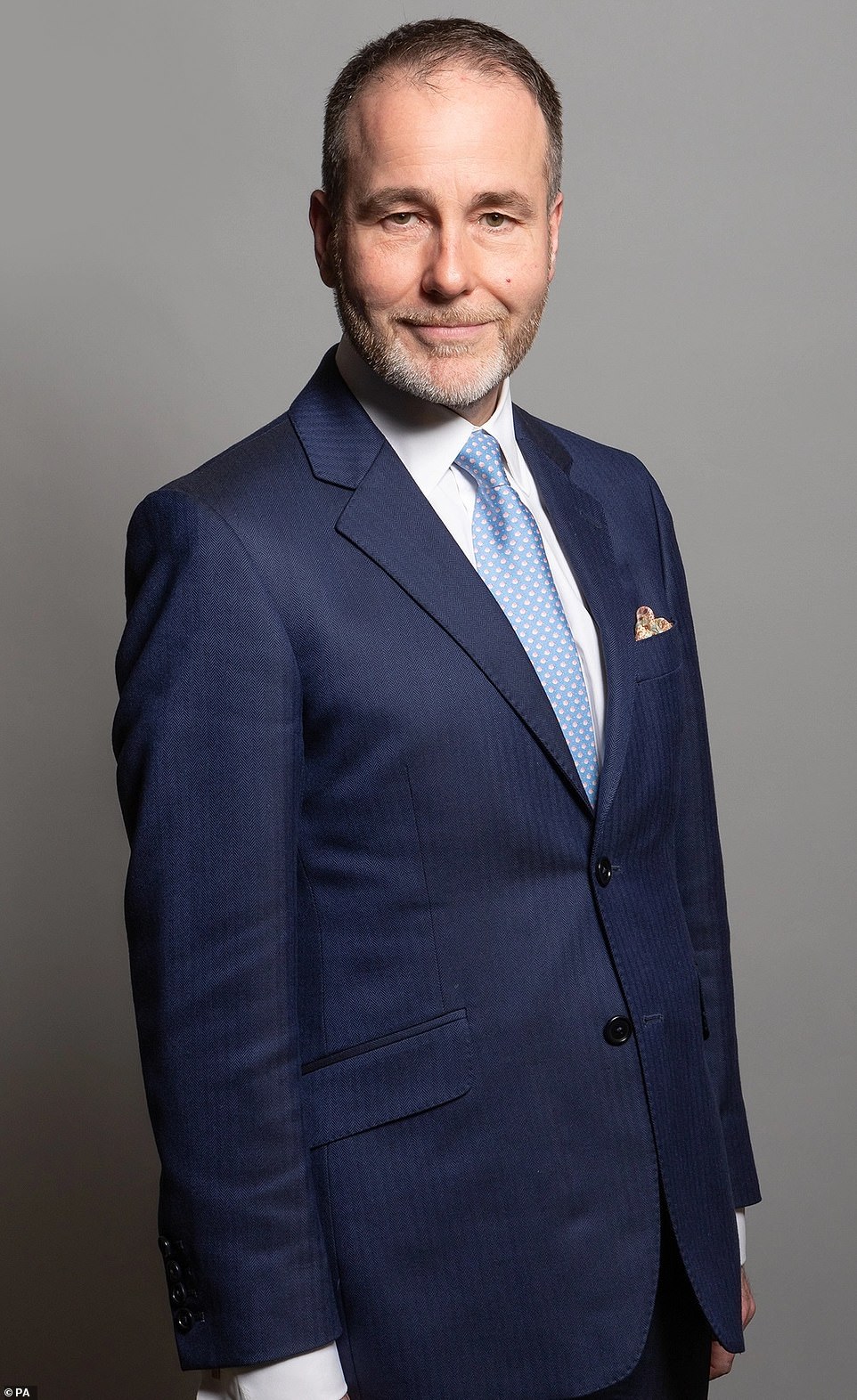 ‘The straw that broke the camel’s back was the Chris Pincher affair, the revelation that the party’s deputy chief whip had committed a series of sexual assaults on young men and that the Prime Minister had been made aware of the allegations three years earlier’

Two years later, after Mrs May became prime minister, Pincher was elevated to become Comptroller of the Household – a high falutin’ title given to an assistant whip – despite other sexual allegations whirling around him.

I was still a Tory activist – having stood for Parliament three times – and, as someone who had not lost hope of becoming an MEP, I hated to see my party dragged through the mire but I decided that, distasteful as it was, I had to speak out.

My account was published in the Mail on Sunday, and days later Pincher stood down from the whips’ department, referring himself to the police. That should have been the end of his career.

But while there was an inquiry, it failed even to speak to me and I was mind-boggled to see him rehabilitated and given a promotion by Mrs May just two months later.

It is her lamentable lack of judgment that has been exploited by Boris’s enemies, forcing him to quit No10 despite leading the party to its biggest election victory since Margaret Thatcher won a third term in 1987.

It is Theresa May’s atrocious judgment that lies at the heart of this mess and, if there was any justice, it would be her reputation and not Boris’s that lies in ruins.

But justice is the last thing we expect from Westminster, in the wake of this frenzied act of self-sabotage by Tory MPs.

For me, this seedy incident was the beginning of my disillusionment with politics. Today, I work in finance and am happily married with four lovely children but I no longer have political ambitions. The mendacity of that small cabal of MPs who pushed out Boris makes me glad to have nothing to do with Westminster.

However I cannot remain silent, knowing how dishonest and dishonourable the charges against him really were. 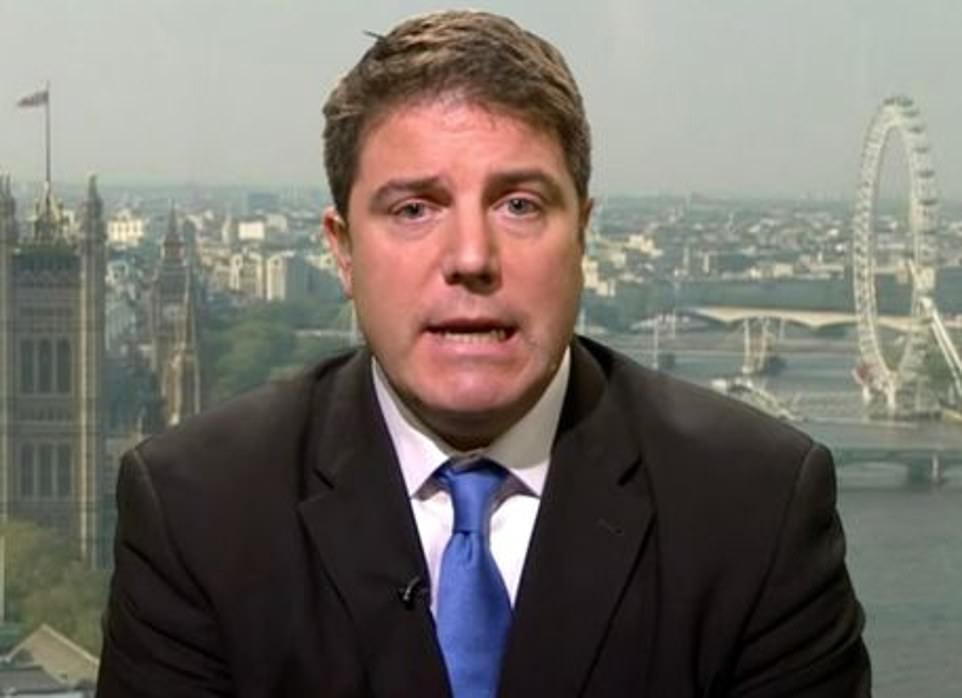 His enemies knew they would never defeat him in an open vote. Boris was by far the most popular and charismatic politician of his generation – among both Tory party members and ordinary voters.

He proved this repeatedly, winning in London to become mayor and then tipping the scales for Brexit.

Indeed, it’s hard to overstate the ‘Boris effect’ at the ballot box. Under Mrs May in the 2019 European Election, the Conservative Party won less than 9 per cent of the votes. Six months later, with Boris at the helm, the party bounced back to a huge 43.6 per cent of the votes at the General Election – the biggest share of the vote since Mrs Thatcher’s first election win in 1979.

Boris redrew the electoral map of Britain, because his personality transcended political labels.

A recent survey of 15,000 people showed that 85 per cent of those questioned wanted Boris to withdraw his resignation.

Within the Conservative Party, former treasurer Lord Peter Cruddas, a self-made man with a strong affinity with the membership, has launched a petition ‘to give the Tory faithful a vote on whether to accept Boris’s resignation’.

‘The ousting of Boris Johnson as Prime Minister by a minority of MPs is deeply anti-democratic,’ he said. ‘I am ashamed that this can happen in Britain, the birthplace of modern democracy.’

By the time the ink was dry on Lord Cruddas’s article, thousands had already signed the petition – despite attempts by hackers to shut down the website.

Political titans like Maggie and Boris come along once in 50 years if we’re lucky.

To overthrow a triumphant winner and replace him with a Rishi Sunak or a Liz Truss is political lunacy.

The party members know this. Every poll shows that if Boris Johnson’s name was added to the leadership ballot, he’d win at a canter.

And that’s exactly what the party should do, if it doesn’t want to hand power to Sir Keir Starmer’s Labour party at the next General Election.

If Boris is not reinstated, it will be because of the venomous treachery of about 30 or 40 Tory MPs who don’t simply want to see him out of office. They intend to see him humiliated and crushed.

It is one thing for the Opposition to use every trick to ensure that Boris never returns to office.

That’s their job, the whole reason for their existence.

What is shameful, and unforgivable, is that Tory MPs are doing Labour’s job for them.

Anyone who does not believe Boris has been brought down by a ruthless coup has only to look at the Pincher case.

Why then is the blame for the Pincher affair laid at the feet of her successor?