Britain has come roaring back after last year’s pandemic slump as growth in manufacturing hit a ten-year high in March.

Factories ramped up output at the quickest rate since late 2020, while orders piled in and employment picked up.

The optimism in Britain, as the country begins easing lockdown restrictions, came in stark contrast to the mood across the Channel. 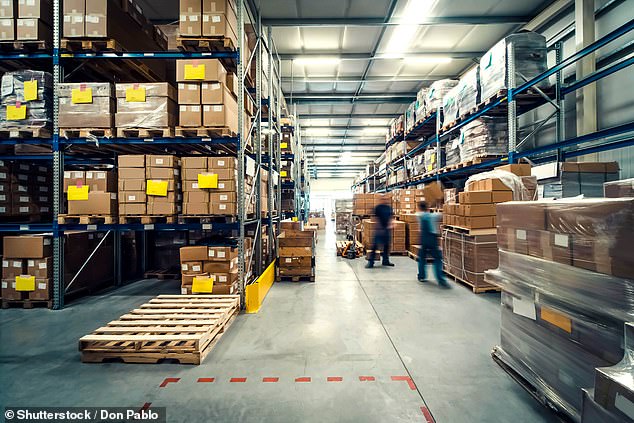 Manufacturing in Britain hit a ten-year high in March as factories ramped up output. (Stock image)

Analysts at investment bank Berenberg warned that France’s economy faces a further £12.8billion hit after the nation was plunged into a third lockdown.

The UK Manufacturing Purchasing Managers’ Index hit a reading of 58.9 in March – the highest since February 2011. Any reading over 50 indicates growth.

Business optimism hit a seven-year high, while employment in manufacturing rose at its fastest rate for almost seven years.

Howard Archer, chief economic adviser to forecasting group the EY Item Club, said the sector’s expansion ‘reflects the fact that lessons have been learned and experience gained in maintaining operations over the course of the pandemic’.

He added that there were some issues holding back activity in the UK – supply chains were still disrupted after lockdowns around the world wreaked havoc last year, causing shortages of certain goods and leaving ships and containers in the wrong place for the time of year.

But the production of consumer goods began to pick up after two months of contraction, suggesting that factories were getting ready for a buying spree post-lockdown.

IHS explained: ‘Higher output was linked to improved new order intakes, the vaccine rollout and preparations for the planned loosening of lockdown restrictions.’ 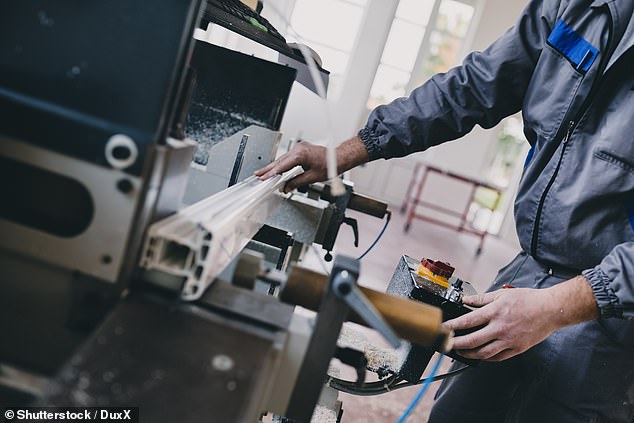 The sector’s expansion ‘reflects the fact that lessons have been learned and experience gained in maintaining operations over the course of the pandemic’. (Stock image)

Households have squirreled away more than £150 billion since the pandemic began, as they have been unable to spend on travel, eating out and holidays, and are expected to splash at least some of this cash over the summer when they can finally leave their homes again.

Bank of England economist Andy Haldane told the Mail earlier this year that the economy is like a ‘coiled spring’ ready to bounce back, as household spending will fuel the recovery.

Data earlier this week showed that the UK’s economy fared better than first thought last year, as output fell by 9.8 per cent rather than the initial estimate of 9.9 per cent.

It was still the worst recession since the Great Frost of 1709, but the slight revision means the UK is starting its recovery from a better base than originally thought.