The final heatwave! Britain is set to be hotter than Portugal next week as Indian Summer sees temperatures hit 81F

After putting up with damp and chilly weather, Britain is set to enjoy an Indian summer next week, with temperatures set to hit the 80s.

By Monday, parts of the South could be warmer than the Portuguese capital, Lisbon, amid widespread sunshine across England and Wales.

A maximum temperature of 81F (27C) is expected in London that day, while many areas of southern England and East Anglia could reach 77F (25C).

The warm conditions are expected to last through next week. 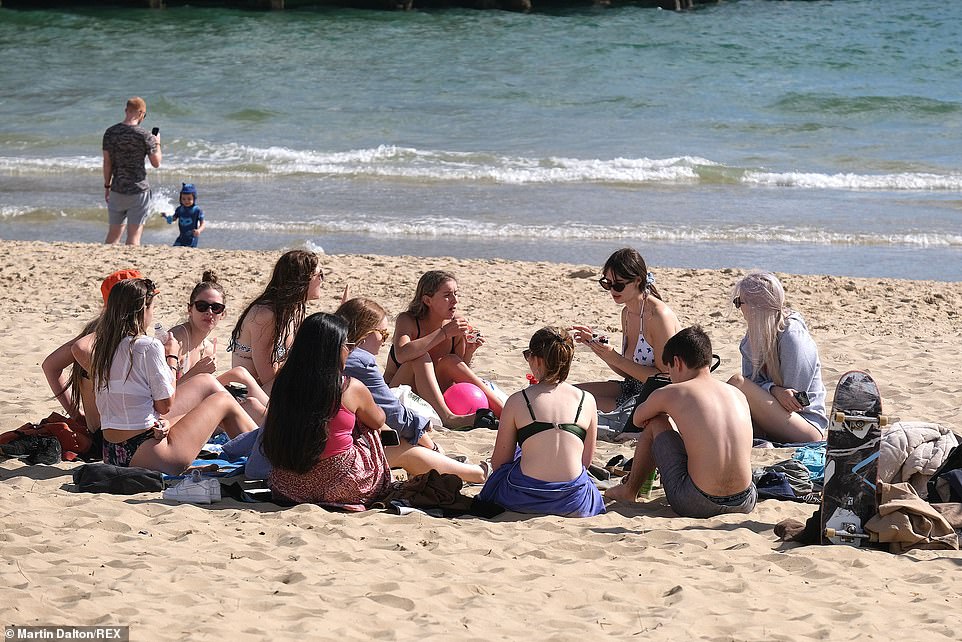 After putting up with damp and chilly weather, Britain is set to enjoy an Indian summer next week, with temperatures set to hit the 80s. Pictured: Beachgoers in Bournemouth on Tuesday 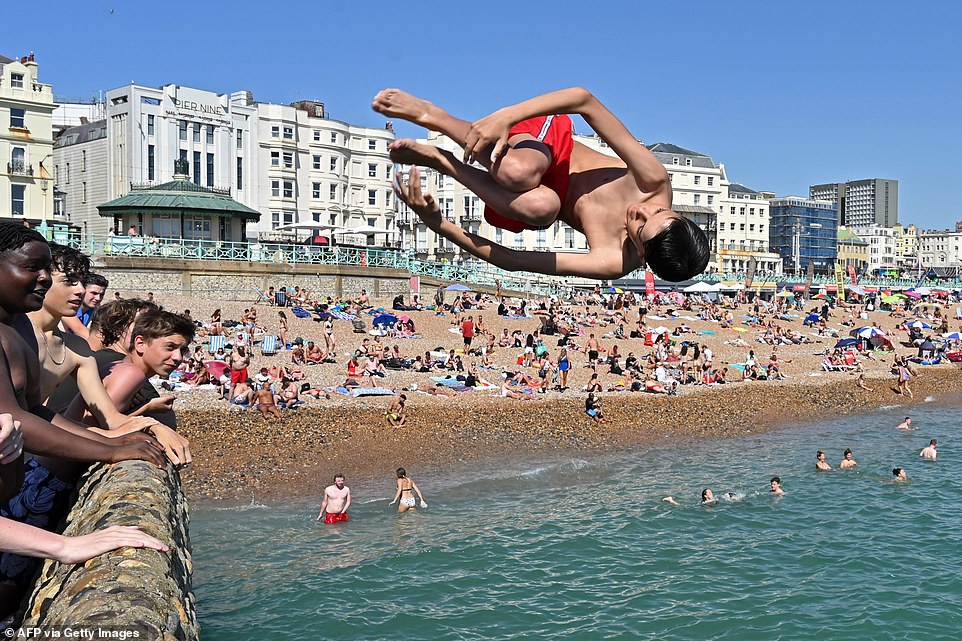 A man jumps from the jetty into the sea in Brighton, on the south coast of England amid an earlier heatwave on August 7 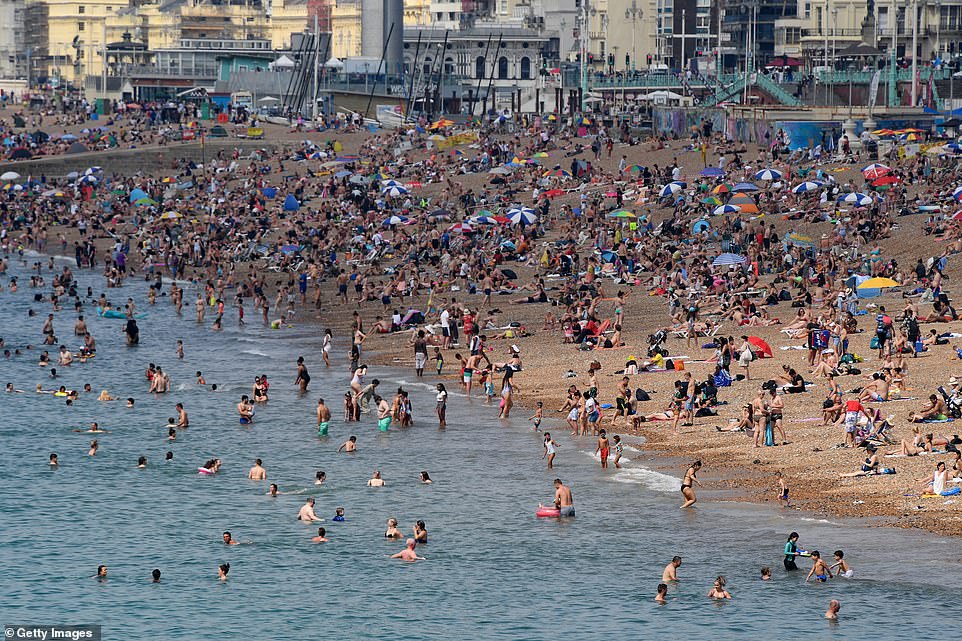 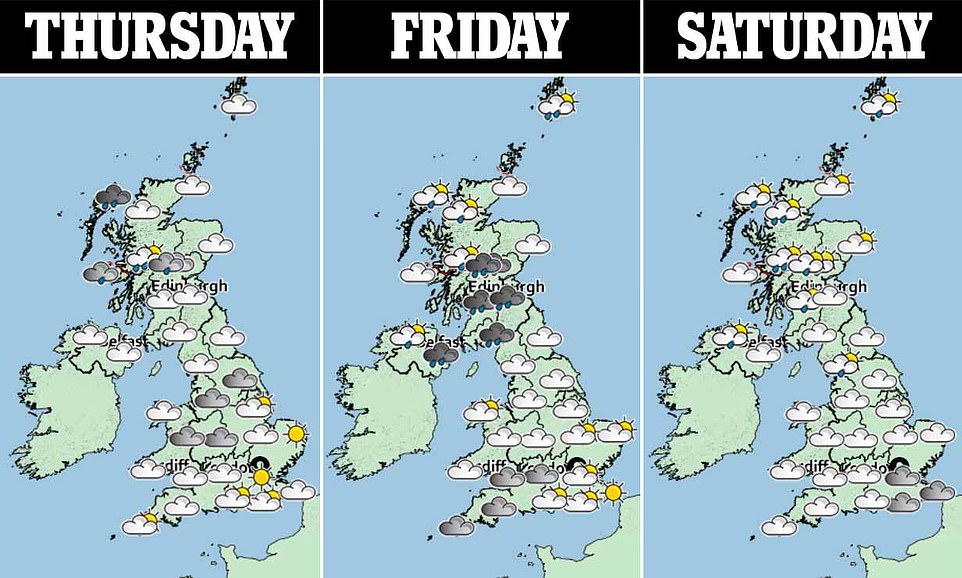 Temperatures are set to be higher than Lisbon, Portugal next week as the mercury rises to 81F in London by Monday

In its forecast, the Met Office said: ‘The period is likely to bring change to the weather seen in recent weeks.

‘This settled weather looks set to bring temperatures to near normal levels for most, for the time of year, but the South could see warm or very warm temperature at times.’

Amid clear skies and light winds, widespread mist and fog is due to develop at night, however particularly in rural areas, forecasters say.

The Met Office adds that there could also be some thunder – particularly for South West England – after several days of prolonged warm weather.

Forecasters say they do not yet know how long the warm spell will last or when it will break down.

But they predict a return to the usual pattern of sunshine mixed with spells of autumnal wet and windy weather before the end of the month.

The Indian summer is due to develop after a mostly dry but cool few days, with chilly nights. 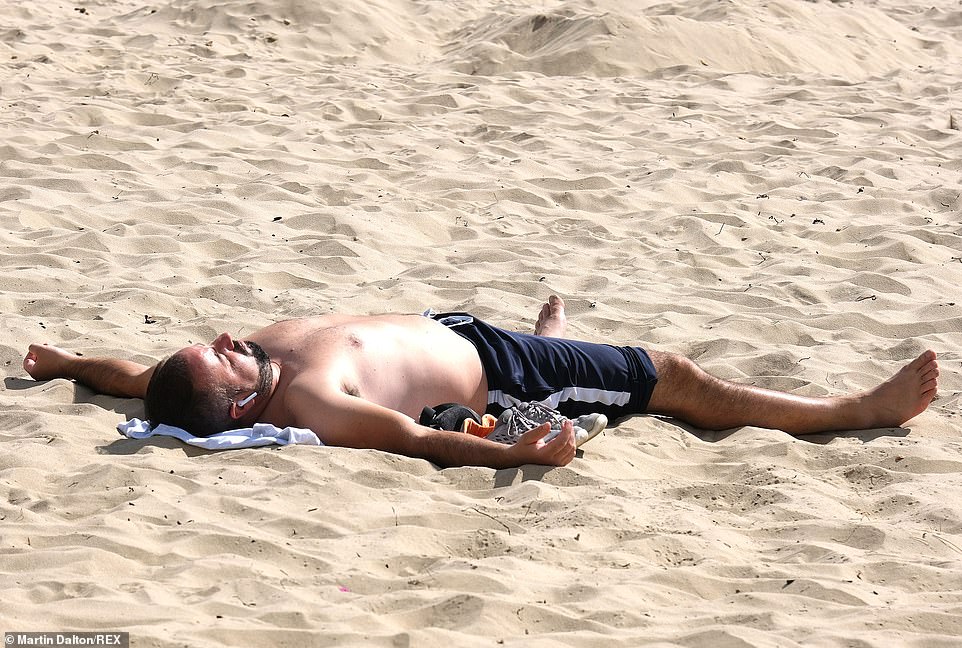 A man sunbathes on the beach in Bournemouth, Dorset on Tuesday as Britain’s warm weather looks set to return 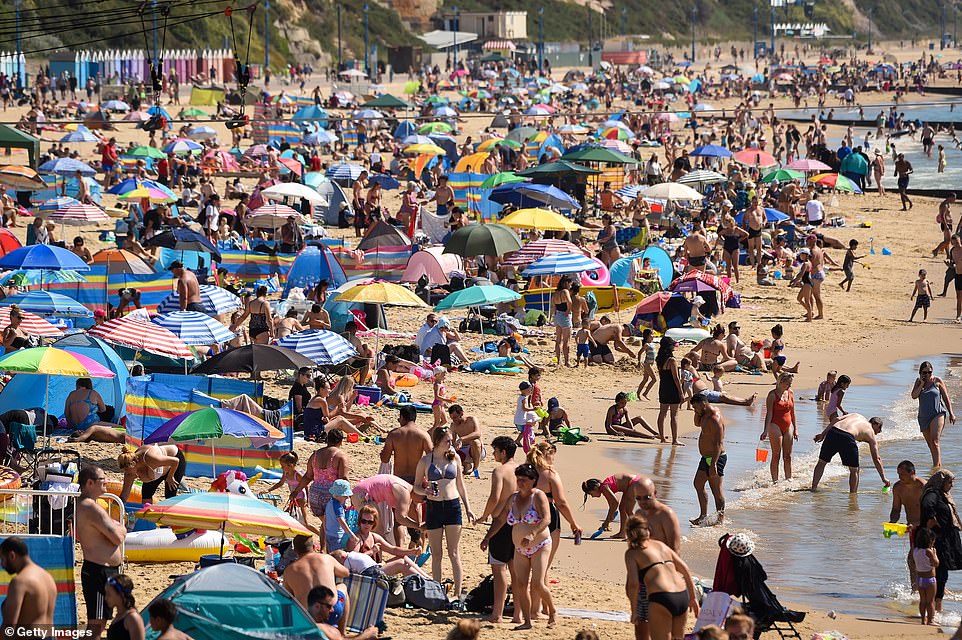 A maximum temperature of 81F (27C) is expected in London on Monday, while many areas of southern England and East Anglia could reach 77F (25C). Pictured: Bournemouth on August 7 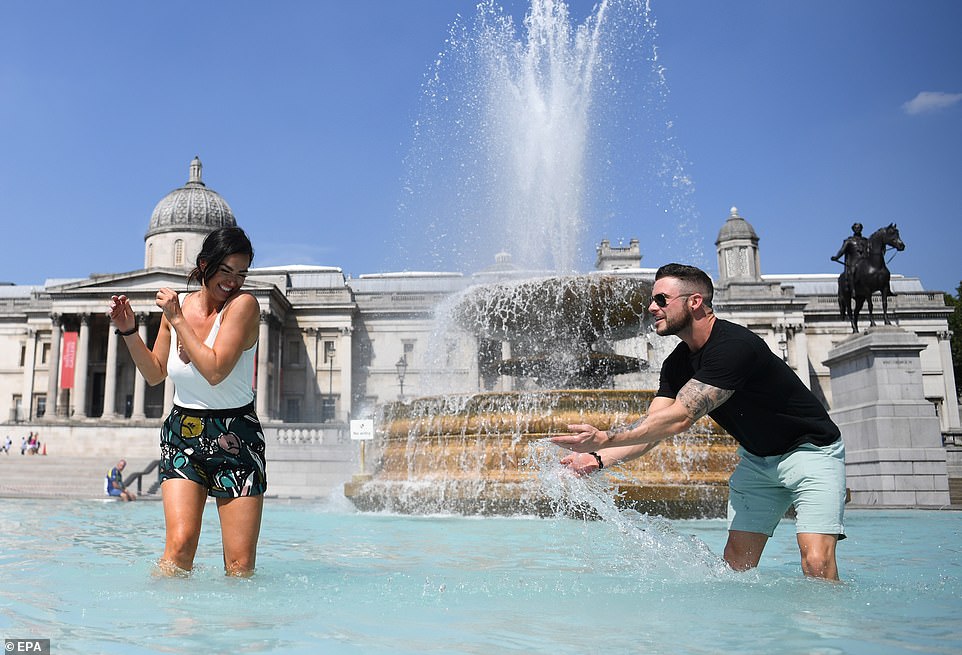 Pictured: A couple relax in the sunshine in the fountains at Trafalgar Square in London amid an earlier heatwave in August

Today is set to be mostly dry with some sunny spells, while there will be some cloud and showers around tomorrow – especially in the afternoon and in north-western parts in particular.

But temperatures from today until Saturday are only due to reach maximum figures of 68F (20C) in the South and a chilly 63F (17C) further north.

The warmer weather is due to build from Sunday, when 77F (25C) is likely in South East England.

The very warm spell due to arrive in the country over the next week is unlikely to break records, however.

The UK September temperature record dates back more than a century to 1906, when 96.08F (35.6C) was recorded at Hesley Hall, near Bawtry, South Yorkshire.

It comes after a mixed few weeks. There was a record-breaking heatwave in the first half of August when temperatures reached at least 93F (34C) for six consecutive days, while the second half of the month brought named storms Ellen and Francis, and one of the coldest August bank holiday weekends ever.