London: Britain’s SAS soldiers will be told to disrupt Russian meddling around the world as part of a major shake-up of defence priorities.

The SAS and other units in the Special Forces Group will work alongside MI6 to conduct covert surveillance operations against Russian spies and military units. 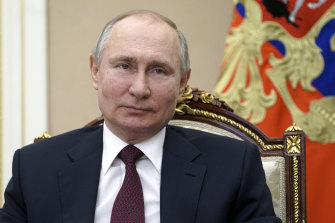 Sir Mark Carleton-Smith, the Chief of the General Staff, said that special forces will be tasked with tackling “hostile state actors”.

The move comes ahead of the publication of the Defence Command Paper, the Ministry of Defence’s contribution to the Government’s Integrated Review of foreign, defence, security and development policy, which is due to be published on Sunday, UK time.

Ben Wallace, the Defence Secretary, says Britain must reinvent its armed forces for the 21st century as the threat it faces “has changed beyond recognition” in 30 years.

“We find ourselves constantly confronted in the “grey zone” – that limbo land between peace and war. So conflict prevention is more critical than ever.”

In a new Battle of the Atlantic, the Royal Navy will deploy a “spy ship” to stop Russian submarines sabotaging Britain’s internet by damaging undersea cables.

Due in service by 2024, the Multi Role Ocean Surveillance ship will help protect critical national infrastructure such as undersea cables which carry trillions of dollars of financial transfers each day and transmit 97 per cent of the world’s global communications.

The command paper will see an extra £3 billion ($5.4 billion) given to the army, £120 million of which will be used to create the new Special Operations Brigade, based around a Ranger Regiment of four battalions. But it will also see cuts. As many as 10,000 troops are expected to be lost and senior members of the armed forces face future pay cuts.

The last remaining C-130J Hercules aircraft are also expected to be axed in plans to be unveiled by the MoD tomorrow. The aircraft – affectionately known as the “Fat Albert” – has been a highly versatile workhorse of the military as its propeller engines allowed it to operate from rough surfaces like deserts or beaches. 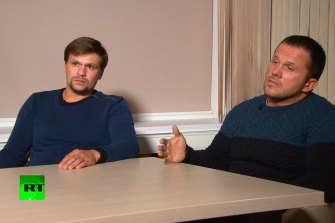 The Hercules roles will be taken on by the recently introduced A400M aircraft, although the fleet has suffered serviceability issues and has yet to earn soldiers’ trust.

The new tasks for the SAS will be complemented by the Rangers – the Army’s new battalions of troops to advise partner forces around the world and go into battle with them.

Sir Mark said that in future special forces “will be tracking the changing and accelerating nature of the threat”.

“The most persistent and lethal threats are those associated with hostile state actors,” he added.

“So they’re tracking a different trajectory and what they leave behind is a vacuum where they need to hand off tasks, missions and responsibilities to a second echelon force. The Rangers will fit neatly into that.”

Tackling hostile states has previously been run by the security services such as MI6 and GCHQ.

The comments mark a step up in the UK’s response to Russia in the wake of the Salisbury poisonings.

The hostile states Sir Mark referred to are likely to be Russia, China, North Korea and Iran. Of these, Russia is considered the most pressing security concern.

In his first speech as Director General of MI5 last October, Ken McCallum said Russian intelligence services were causing “the most aggravation” to the UK. Russia was providing “bursts of bad weather” he said, but warned espionage activity by Chinese spies is “changing the climate”.

Britain’s Special Forces units will likely be tasked to uncover activity by Russian Military Intelligence – the GRU – responsible for the 2018 nerve agent attack in Salisbury that sought to assassinate double-agent Sergei Skripal.

Skripal and his daughter survived the attack, but a local woman, Dawn Sturgess, died after exposure to the chemical weapon.

The elite units may also be tasked with countering activity by the Wagner Group, a Russian mercenary organisation widely thought to be acting on orders from Moscow.

The activity of the Russian private military company across Africa – particularly in Libya, Mozambique and the Central African Republic – was described as “opportunistic but with a view of strategic importance” by a defence source.

“Putin has met more African leaders in the last 10 years than all of his predecessors put together,” the source said, in efforts to court votes in the UN, gain access for military forces, mineral rights and to extract money via the Wagner Group for activity including operations to rig elections.

Bugging houses and vehicles and using imagery from miniature cameras, drones and satellites, the troops will seek to uncover evidence of illegality and links to the criminal underworld.

The response is part of a much more muscular British military presence around the world. The new posture seeks to “restore our expeditionary reflexes and capitalise and electrify the inte1rnational circuitry that we enjoy,” the head of the army said.

Submarine warfare presents a particular risk of sabotage to undersea cable infrastructure and is an “existential threat to the UK”.

The biggest threat to Britain’s undersea cables is thought to come from the Russian spy ship Belgorod, which acts as mothership for a mini-submarine called Losharik. It is believed capable of sitting on the sea bed and has a robotic arm to tamper or cut internet cables.