The distraught family of a British backpacker found dead in Malaysia has heard that the cause of his death may remain a mystery forever.

Gareth Huntley’s body was found in June 2014 on Tioman Island, where he had been working as a volunteer for the Juara Turtle Project.

The 33-year-old, who had worked as an accountant in London, disappeared on May 27 that year after he set off on a trek to see a local waterfall and never returned.

A major search operation was launched following his disappearance and his body was found eight days later in a mangrove, just 60 feet from the Juara Turtle Project base. 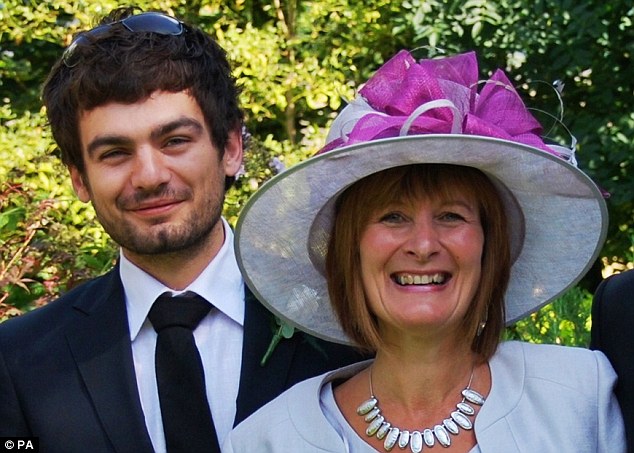 Gareth Huntley’s (pictured with his mother) body was found in June 2014 on Tioman Island, where he had been working as a volunteer for the Juara Turtle Project 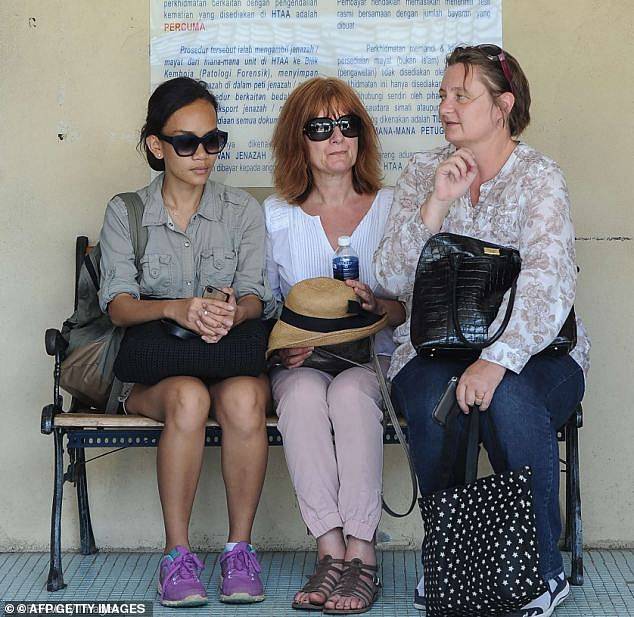 The 33-year-old, who had worked as an accountant in London, disappeared on May 27 that year after setting off on a trek to see a local waterfall but never returned. Pictured: His girlfriend Kit Natariga and his mother, Janet Southwell

Today Wakefied Coroners’ court heard that pathologists in the UK were unable to find a cause of death as his body had decomposed too much by the time it was returned home.

DCI Richard Beckett, who oversaw the case and travelled to Malaysia in 2015, told the court that rumours Mr Huntley had been murdered had ‘no fact to them’.

He said he had been made aware of the murder of a tourist on the island in the preceding five years but said it had not affected their investigation.

DCI Beckett said: ‘There were rumours that he’d been in a fight, or been murdered and had his throat slashed – lots of rumours in this village but no fact to them.

‘I am unable to make any definitive conclusion as to how Gareth came to his death.

‘Everyone who has looked at this is at a loss because why would his body be there.’ 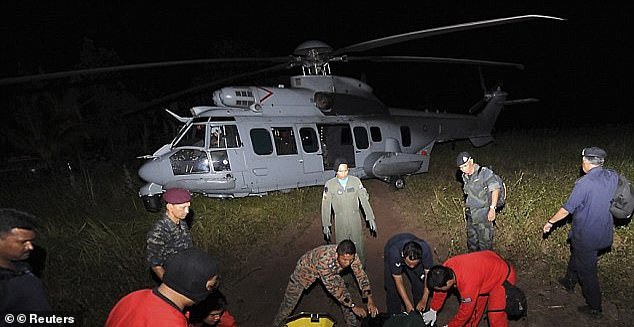 Pictured: Rescuers transport Gareth’s body after it was found in in Malaysia 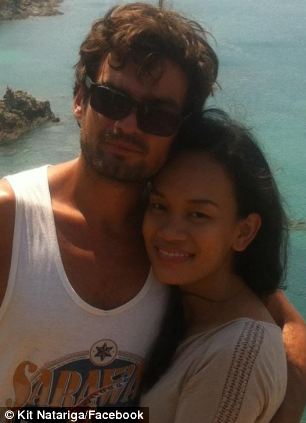 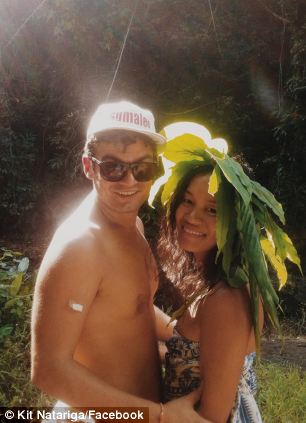 Gareth Huntley and his girlfriend Kit Natariga. She said her boyfriend was an experienced backpacker and adventurer who would take utmost care in ensuring he was prepared for excursions 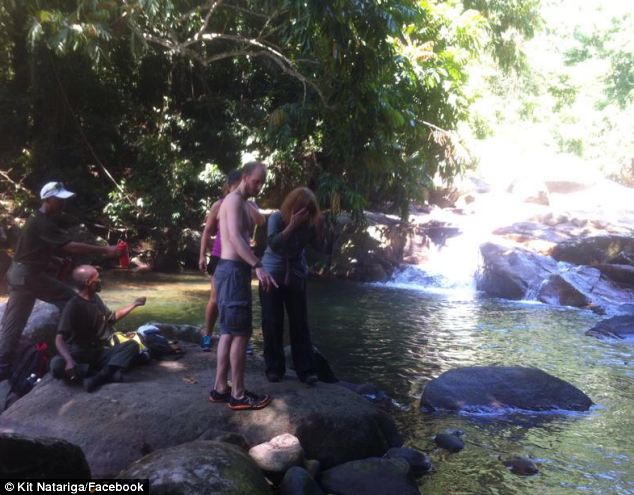 Backpacker Simon Baker, who also volunteered at the project, told the court he had gone looking for Mr Huntley with six volunteers the day he went missing.

He said they split into two groups on two trails on the opposite side of a river, and began to scream his name so loudly they could hear each other.

He said: ‘We were screaming his name and could hear others on the other side. He would have heard us. 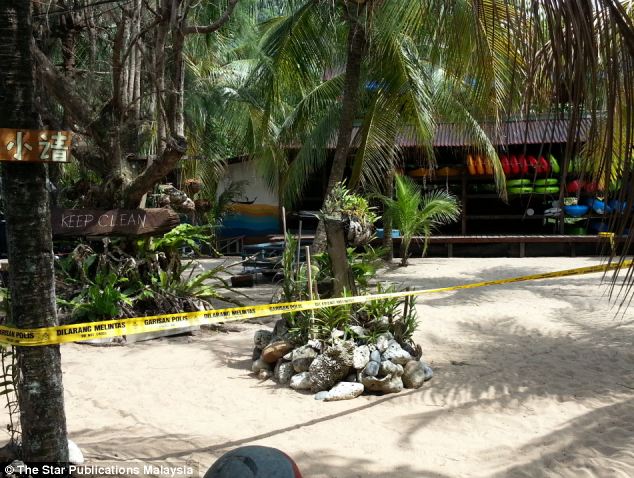 He was found near a kayak storage unit near the Juara Turtle Project where the 34-year-old had been working, according to local reports

‘Where they found him, it was so close it didn’t seem obvious. How would anyone who got to that place, not make it 20 feet.

‘I didn’t think it was feasible that he’d be there.’

The court heard how 21 witnesses at an inquest held in Malaysia found that the medical cause of death was undetermined.

Pathologist Dr Phillip Lund, who performed an autopsy in 2014, said he couldn’t include or exclude any cause of death in his report as the body had decomposed significantly by that time.