LONDON (Reuters) – Prime Minister Theresa May’s trial by parliament to deliver on her Brexit plan is only just beginning. 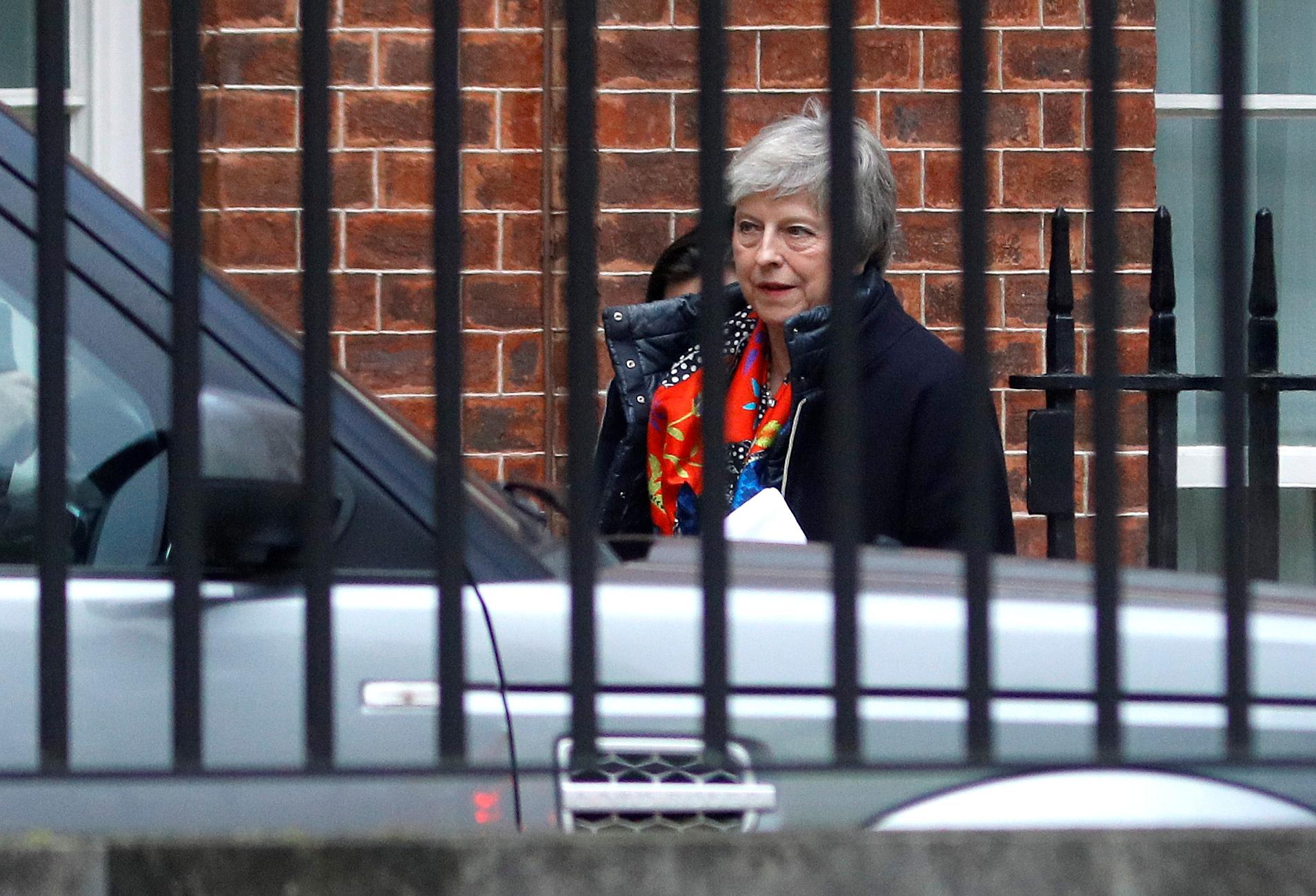 Between now and March 29, when Britain leaves the European Union, she faces dozens of make-or-break votes in a parliament split into myriad factions, many of which have only one thing in common: their loathing of her divorce deal with Brussels.

Attention is focused on the ‘meaningful vote’, expected in mid-December, when the 650-seat lower House of Commons decides whether to accept or reject the agreement outright.

Like much about Brexit, uncertainty surrounds the process. But the Conservative prime minister will probably have to battle her way through procedural votes, and then fight attempts to amend the draft deal, even before the meaningful vote is held.

Assuming she wins this – and there might even be a repeat meaningful vote – she will then face a similar ordeal in turning the complex agreement into law, and all by March.

The task for May, who leads a minority government, is daunting. Eurosceptic lawmaker Steve Baker believes at least 54 of his fellow Conservatives are committed to voting against their leader.

So what are May’s chances of getting the deal through?

The process does allow the government a little time. May’s spokesman has said she believes the deal can get through parliament, and ministers will focus on winning support over the coming weeks.

“Every member of parliament is going to have to make their own judgment, make their own decision, on what is in the national interest,” education minister Damian Hinds told the BBC.

So far May has survived a wave of ministerial resignations and a campaign within her own party to oust her.

Once EU leaders formally sign off on the deal, expected on Sunday, the parliamentary process starts in earnest but the numbers seem stacked against the government.

The plan faces opposition from both eurosceptics and europhiles among her party’s 314 active lawmakers, around 313 opposition members and 10 from Northern Ireland’s Democratic Unionist Party (DUP), which is supposed to prop up the government.

VOTE ON A VOTE

First the government must secure a procedure that avoids rivals hijacking the process, either to block approval or attach conditions such as holding a second Brexit referendum. Whatever structure the government comes up with for the meaningful vote, it has to be approved by the House of Commons – with a vote.

Lawmakers are expected to debate the deal for at least five days and if usual procedure is applied, the government will need to defeat rival amendments. Failure at any stage could be fatal and prevent the deal being ratified.

Then comes the meaningful vote, a focus for financial markets where sterling has already been riding a political rollercoaster for weeks.

Defeat could cast an orderly Brexit into doubt and end May’s career. However, if she were to survive, she is expected by many to seek changes to the deal from the EU and then repeat the meaningful vote process.

“Then we could be into a situation of a war of attrition within parliament,” said Labour’s finance policy chief John McDonnell.

Even if she wins, May’s drawn out agony will not be over: the government must then pass legislation implementing the withdrawal agreement. This involves line-by-line scrutiny in the lower house, where May is likely to have to defeat more amendments designed to alter or thwart her exit plan.

Each vote could come down to the choices of a handful of lawmakers.

“The government needs to bring back a deal that can unite the Conservative Party and our DUP allies,” said Conservative lawmaker Mark Harper. “That’s the only way they can be reasonably confident that it can both win the meaningful vote and get the legislation through unscathed.”

It must also pass through the largely pro-EU upper House of Lords, where May’s party has no majority. The lords are unlikely to block the process, but could demand changes.

If every stage of that bill is completed without incident, May can ratify the withdrawal agreement to bring an orderly end to Britain’s EU membership.