A ‘landmark moment’ for open justice: History is made as public watches English crown court judge pass sentence live on TV for the first time as Old Bailey judge jails paedophile for more than 10 years for killing his grandfather

History was made today as the public watched an English crown court judge pass sentence live on TV for the first time.

Judge Sarah Munro QC sentenced Ben Oliver to life in prison with a minimum term of 10 years for killing his grandfather David, 74, after the 25-year-old, himself a convicted paedophile, discovered his relative had been accused of sexually abusing girls.

Ben had Autistic Spectrum Disorder which, combined with other mental factors and a history of sexual abuse, diminished his responsibility for the killing.

The court heard his mental health ‘deteriorated’ over lockdown and he declared his wish to take his own life. He will have to apply to the Parole Board, who can keep him in prison if they decide he still poses a threat.

Today’s sentencing in Court Number 2 was broadcast on news channels and online, including Sky News, the BBC, and ITN.

The move to allow cameras in court follows a change in the law in 2020, but implementation was delayed in the pandemic. It follows a similar relaxation of rules in Scotland in 2015.

Only the judge will be filmed during sentencing to protect the privacy of victims, witnesses and jurors. In the future, the media will be able to apply to broadcast sentencing remarks, with the final decision down to the judge. 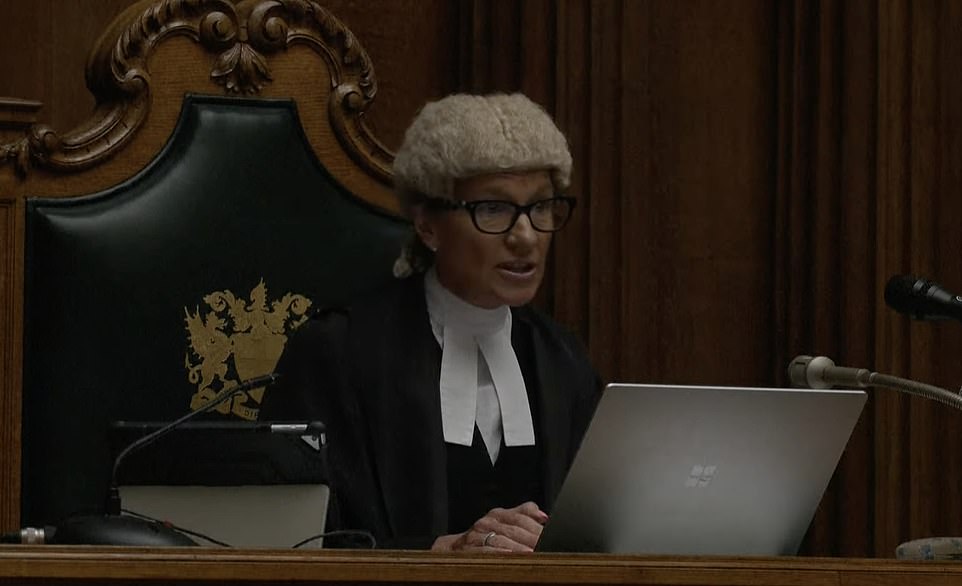 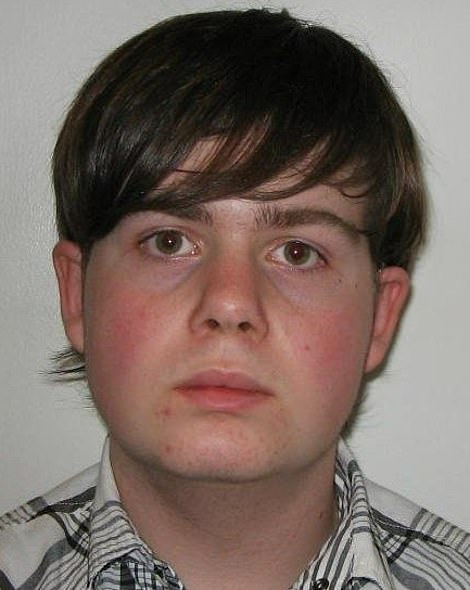 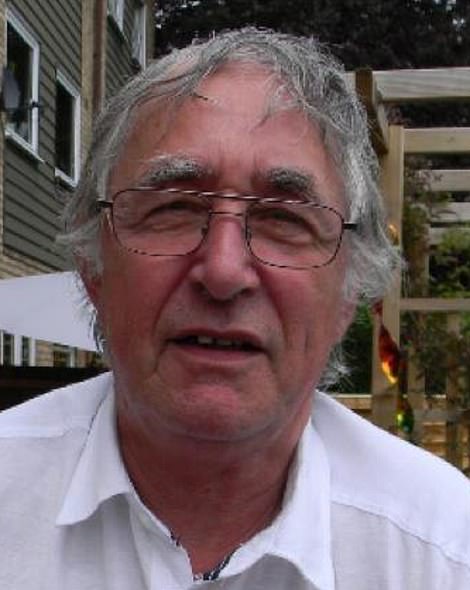 Ben Oliver killed his 74-year-old grandfather David Oliver in his home in Mottingham, south London, on January 19 last year after finding out he had been accused of sexually abusing young girls.

The prosecutor said the 25-year-old defendant, himself a convicted paedophile, had become ‘very angry’ after learning of the allegations. At the time the pensioner was bedbound and immobile after suffering a stroke years before.

Prosecutor Louis Mably QC told jurors: ‘He was attacked and killed as he lay helpless in bed, in his bedroom on the first floor of the house.

‘He had been repeatedly stabbed and slashed with a knife in the face, and in particular in the neck, which had effectively been cut open. It was a brutal attack, plainly carried out with the intention of killing him.’

Jurors heard that Oliver had been ‘very close’ with his grandparents and had his own room at their house. In 2016, he was convicted of sexual offences against a young girl when he was aged 15, the court was told.

In the months before the killing, he became aware of allegations of sexual abuse against his grandfather, who was also said to have treated his wife badly and had affairs.

The defendant’s emotional state was precarious in the lead up to the attack. He was on anti-depressants, had thoughts of suicide and instances of self-harming. He was cleared of murder but convicted of manslaughter.

Lord Chief Justice of England and Wales, Lord Burnett of Maldon, hailed the move as a ‘very positive’ step in promoting open justice.

‘I think it’s an exciting development, because it will help the public to understand how and why criminals get the sentences that they do in these very high-profile cases.’

But the Lord Chief Justice stopped short of advocating televising trials, saying: ‘My own but fairly strong view is that what we see happening around the world illustrates why that can be quite damaging.

‘The thing about sentencing remarks is that broadcasting those doesn’t have an impact on the way witnesses and others involved in the trial process – complainants, victims and so on – are immediately affected.

‘If you broadcast the trial proceedings themselves, it’s very difficult to avoid that.’

‘The public will now be able to see justice handed down, helping them understand better the complex decisions judges make,’ he said.

John Ryley, head of Sky News, said: ‘Filming judges’ sentencing remarks in the Crown Court of England and Wales is a victory for the viewer.

‘It will allow for greater transparency in our courts and is something that broadcasters, including Sky News, have campaigned for more than a decade to achieve.’

Ben Oliver killed his grandfather after he discovered historic allegations that he sexually abused young girls.

During his trial in May, the Old Bailey heard how the pensioner was bedbound and immobile after suffering a stroke years before.

In 2016, Ben Oliver was convicted of sexual offences against a young girl when he was aged 15, the court was told.

He was released from youth detention in September 2019.

The court heard Oliver was on anti-depressants, had thoughts of suicide and instances of self-harming at the time of the killing. He also had Autistic Spectrum Disorder, which combined with other emotional and mental factors, diminished his responsibility for the killing.

Your questions answered: Why are court cases being televised, how will it benefit justice and which cases will be shown on TV in the future?

What will be shown on television?

Only the judge will be visible, there will be no view of the defendant in the dock, lawyers or any other court staff.

How has the law changed to allow this to happen?

Under the Crown Court (Recording and Broadcasting) Order 2020, High Court and Senior Circuit judges are permitted to be filmed as they hand out penalties in criminal cases.

Why did this not happen in 2020 when the law was changed?

During the Covid crisis, courts were dealing with the effect on jury trials and the rapid rollout of video link access to court.

Does the change now mean any member of the public can film in court?

No. It is still prohibited to film or take pictures in court in ordinary circumstances and any member of the public caught doing so risks being found in contempt of court.

This is also true for anyone joining a hearing by video link.

Why would a member of the public filming court proceedings pose a risk to the administration of justice?

There are many potential dangers. Vulnerable witnesses and victims could be put off giving their evidence.

It could increase distress to defendants and victims’ families. Furthermore, there could be a danger of falling foul of a reporting restriction, particularly in cases involving youths.

Who will be airing the sentencing remarks?

Sky News, BBC and ITN will broadcast the footage and make it available online.

How will it be decided which high-profile cases to cover next?

The group of broadcast media will be able to apply to film and broadcast sentencing remarks, with the judge deciding whether to grant the request.

Will there be cameras in any other Crown Courts in England and Wales?

The first sentencing will be at the Old Bailey, but sentences will be televised from other high-profile Crown Courts.

Which judges can be filmed?

They will be either High Court or Senior Circuit judges sitting in the Crown Court.

Will the the judge still wear traditional gown and wig on television?

Yes. Judges and barristers still wear wigs in court, even though there was a brief relaxation of the rules for video link hearings during the pandemic.

Some say wigs are old fashioned and should be scrapped, but many consider them essential to maintain formality and respect for the court, while differentiating lawyers from the general public.

How do televised sentencings benefit the general public?

People will experience the courtroom setting first-hand and see and hear judges explain the reasoning behind their sentences.

And how does this benefit the criminal justice system?

The jury system relies on ordinary members of the public, who may have had little or no previous experience of the legal system before being called for jury service.

Better understanding of what happens in court promotes confidence.