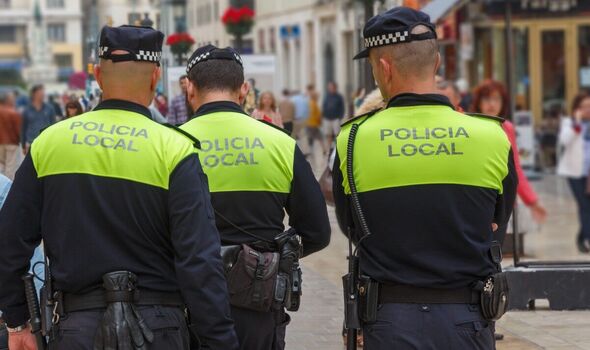 A 50-year-old British woman died after being mowed down by a van in the district of San Miguel de Abona in south Tenerife. A second British woman, her 75-year-old mother, was also knocked down but only suffered minor injuries and has been discharged from hospital. Police on the island have launched a major manhunt to find the driver of the van.

The hit-and-run occurred around 8.30pm on ElGuincho Avenue when the van mounted the pavement at speed and knocked both women down before driving off.

Police believe the van could be a Renault Traffic, Nissan Primastar, or Vauxhall Vivaro.

The British Consulate confirmed the 50-year-old woman, who has not been named was taken to hospital in the capital of Santa Cruz but died due to the seriousness of her injuries.

Her mother, suffered minor injuries but survived the brutal hit-and-run.

It is unclear if the women were on holiday in Tenerife or if they live on the island.

San Miguel de Abona is a municipality, meaning it has its own local government.

The council is pleading for “citizen collaboration” and urging anyone with information to come forward.

They confirmed they are looking for the van, which has lost its right from passenger mirror found at the scene of the crime.

The council said the van was being driven by a white, Caucasian male, about 5ft 7 inches in height, bald or with close-cropped hair. He was wearing shorts and a T-shirt.

The investigation is being led by the Civil Guard and Local Police on the island of Tenerife.

News outlets in Tenerife say police already have several leads so recommend the driver gives himself up.