British tourist, 30, is killed in freak accident after slipping from boat while trying to tie it to a rock on Greek island

A British boat skipper has died in a freak accident while tying up his vessel near a beach on a Greek island.

The 30-year-old, described by local media as a tourist, was attempting to anchor his vessel – the Captain Denise – to a rock on the island of Nimos around midday Tuesday when he slipped and fell.

He was knocked unconscious and fell into the water before being pulled out by his three passengers, who also called the coastguard. 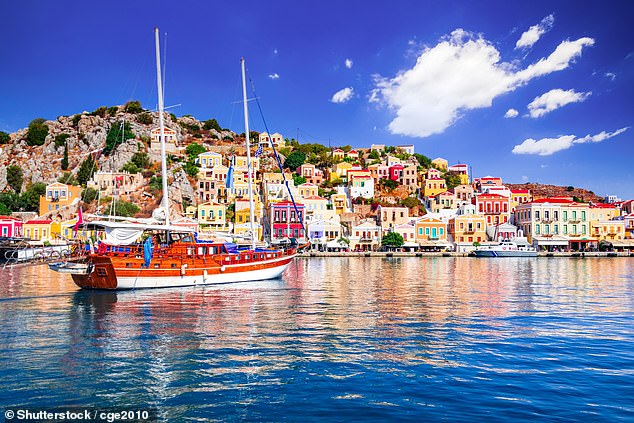 A rescue boat was dispatched and took the man to the nearby island of Symi, just off the southern coast of Turkey, where he was treated in the medical centre.

Medics provided first aid and were preparing to transfer him to a larger hospital when he died, local media reports.

Coast guards then returned to the Captain Denise to help tow the vessel and its remaining passengers to port in Symi, where the boat is now anchored.

The remaining three passengers were not injured during the incident, which appears to be a tragic accident.

Symi port authorities have launched a routine investigation into the death.

Meanwhile the Briton’s body has been transferred to the island of Rhodes so that an autopsy can be carried out.