BRITS were tonight urged by the nation's top doctor to cut down their socialising and meet outdoors if they can to stop the omicron spread.

Chris Whitty told the nation that it would be "sensible" for them be "prioritising social interactions that really matter to them" – urging them to ditch meetings to save Christmas gatherings. 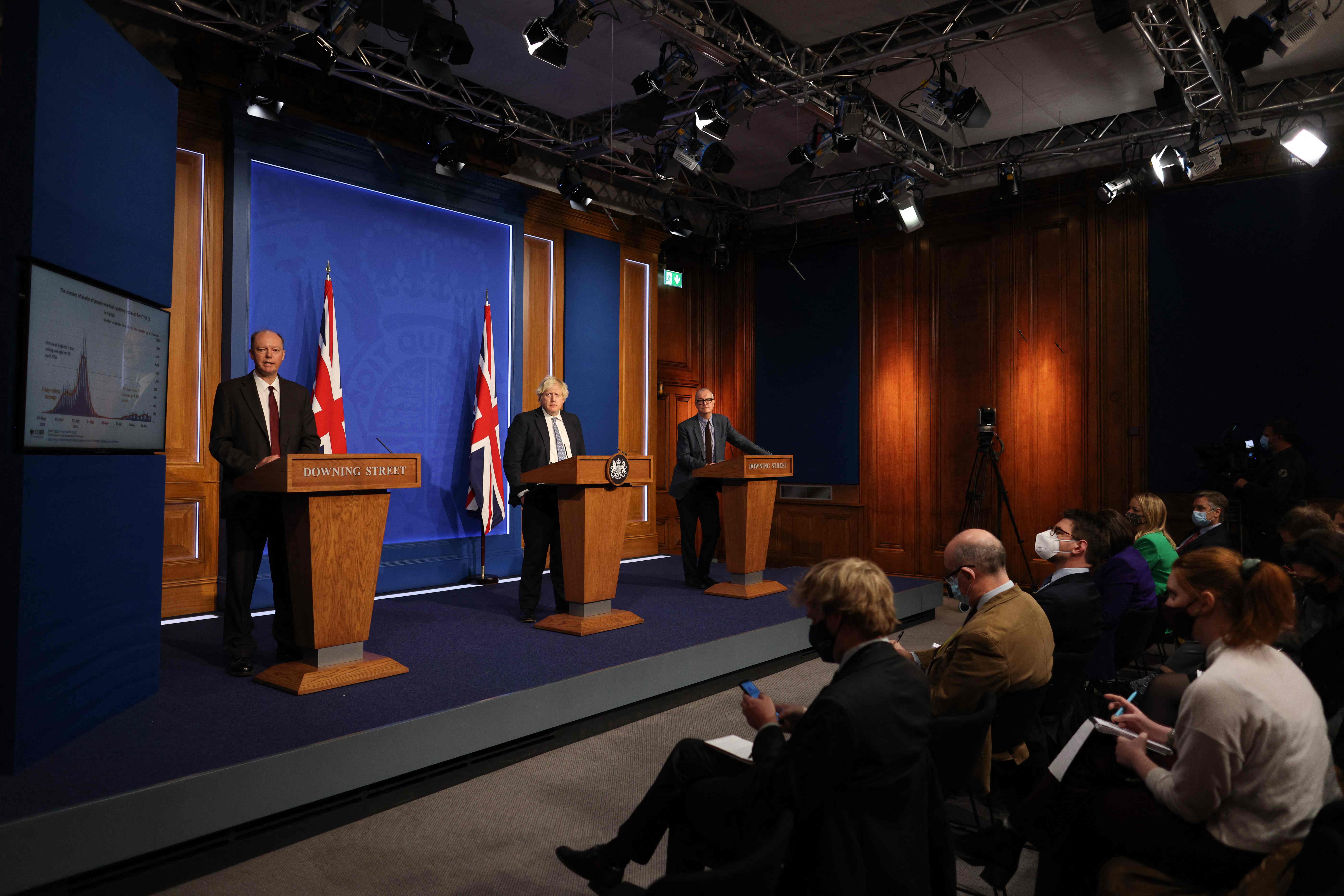 At a gloomy press conference he said it was going to be more and more important as the nation get towards Christmas that "people take more precautions".

He urged people to do the things that we know help stop the spread such as "really good ventilation, meeting outdoors… and following sensible rules."

He added: "Don't mix with people with people you don't have to for either work or family things, for things that really matter to you."

Professor Whitty and Boris admitted their own Christmas plans were likely to be "interrupted" this year.

The PM warned: "I think the way things are looking I expect a lot of us are going to be working throughout the period."

His own plans would be "pretty modest at this stage".

Boris insisted that "we're not cancelling people's parties" – instead urging that Brits should make up their own minds about what to go to.

The PM told the press conference: "We're not closing hospitality. We're not cancelling people's parties or their ability to mix.

"What we are saying is – think carefully before you go, what kind of an event is it?

"Are you likely to meet people who are vulnerable? Are you going to meet loads of people you you haven't met before?"

He urged anyone going out to get a test, ensure there is ventilation, and wear a mask.

At a very down-beat press conference this evening:

'I'LL LOOK AFTER HER'

It came just two weeks after No10 refused to back Jenny Harries for saying friends and family shouldn't meet up "when we don't particularly need to" to slash the spread of omicron.

Her remarks prompted a firm slap-down from Downing St which said: "She gives advice to the government, she is not the government."

The chaotic and confusing advice went far beyond Government guidance at the time.